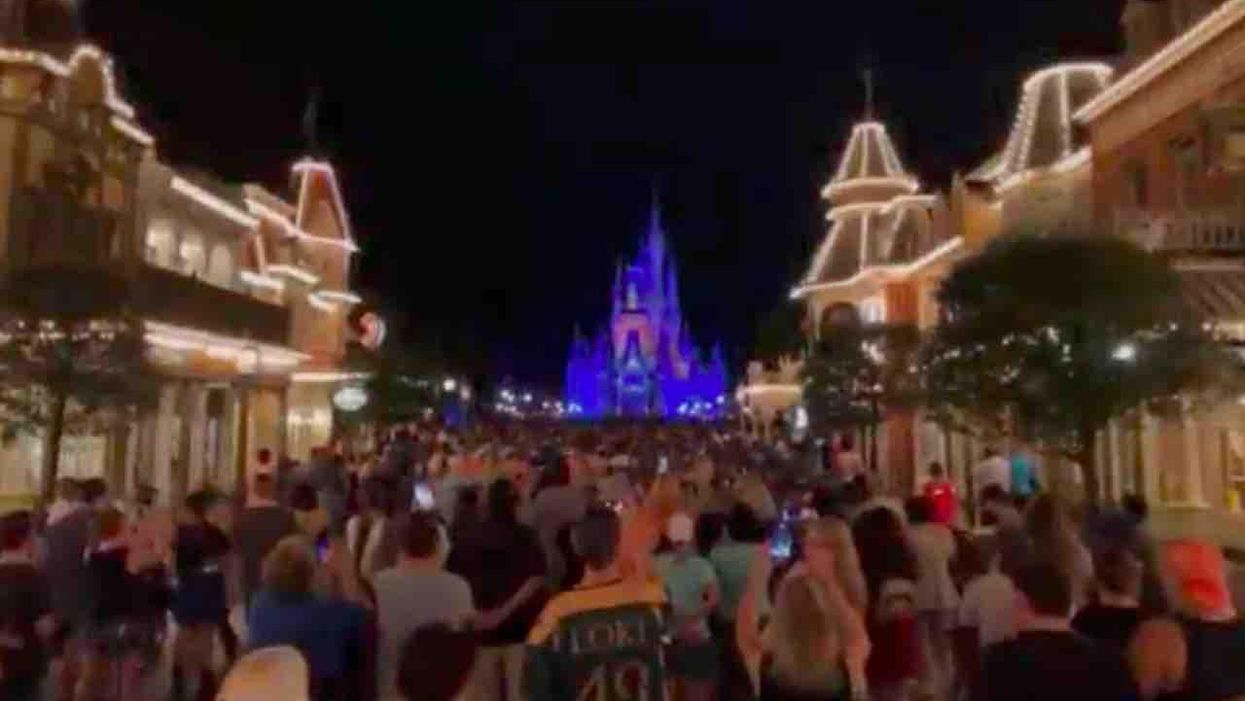 Disney World in Orlando, Florida, has removed “ladies and gentlemen, boys and girls” from a recorded greeting, Insider reported, as the park pushes to be a “place where everyone is welcome.”

The outlet said employees were invited to a Wednesday “cast member” preview of the “Happily Ever After” fireworks show at Magic Kingdom — the first since the nightly shows were halted when the COVID-19 pandemic hit last year.

Disney removes ”Ladies and Gentlemen, boys and girls” from Happily Ever After pre show announcement.

The outlet said while Disney World hasn’t commented on the greeting change, it has made it clear that it’s aiming for lots of inclusivity.

An April letter from Josh D’Amaro, chairman of Disney Parks, Experiences and Products, noted that the organization is “creating a place where everyone is welcome and taking action to create meaningful change.” One of the ways it’s doing so is providing “greater flexibility with respect to forms of personal expression” of cast members “surrounding gender-inclusive hairstyles, jewelry, nail styles, and costume choices; and allowing appropriate visible tattoos.”

“The world is changing, and we will change with it, and continue to be a source of joy and inspiration for all the world,” the letter added.

Insider also said Disney has made other related changes:

In June 2020, Disney announced that it would turn its Splash Mountain attraction at its US theme parks into “Princess and the Frog”-themed rides.

The update was announced shortly after an online petition was created with the goal of encouraging Disney to ditch the ride’s music and characters from “Song of the South,” a 1946 Disney film that’s been widely criticized for its racist plot and imagery.

The company also announced in January that it’d be removing racially insensitive scenes from its classic Jungle Cruise rides.

In July 2017, it was announced after months of lobbying from LGBT activists that the famed London Underground train (or “tube”) would cease using the time-honored “ladies and gentlemen” greeting.

Later that year, New York City’s Metropolitan Transportation Authority followed suit, saying it also would stop using “ladies and gentlemen” greetings and replace them with acceptable words such as “passengers,” “riders” and “everyone.”