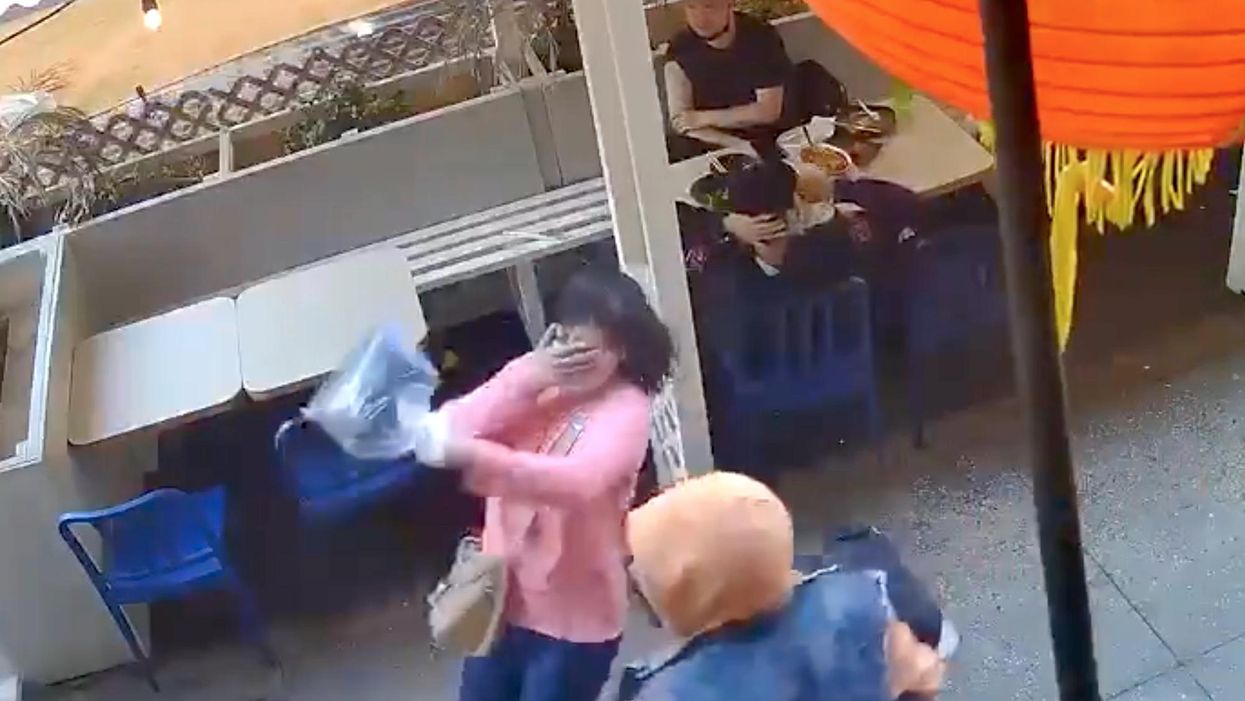 A vicious unprovoked attack on an Asian American woman was caught on surveillance video Monday and posted to social media by a New York state lawmaker.

This was just sent to me from my constituent. This just happened in my district in Chinatown. He has been arrested… https://t.co/gryhwNFkhQ

“This was just sent to me from my constituent,” Niou tweeted. “This just happened in my district in Chinatown. He has been arrested and our precinct is investigating.”

The video shows a scene outside the Kong Sihk Tong café where an Asian woman was walking before she is viciously punched in the face by a man who appears to be African American.

The woman falls backward onto the ground and stops moving while bystanders rush to attend to her.

“What are you looking at me for?” says the attacker bizarrely. “What do you mean?”

The victim is a 55-year-old woman, according to the New York Post. Police said she was taken to the NewYork-Presbyterian Lower Manhattan Hospital and was in stable condition.

The suspect was reportedly taken to Bellevue Hospital for a psychiatric evaluation and charges against him are pending.

Niou said in a later tweet that the victim was “conscious and cognizant and alert.” She added that the hate crimes unit was investigating the matter.

This latest attack on an Asian American is just one of many that have recently received more media attention. One report said that while overall hate crimes have declined, attacks against Asians increased by 150% in 2020, mostly in Los Angeles and New York City.

Many Asian Americans rushed to buy guns in March last year as threats against them increased over the coronavirus pandemic.