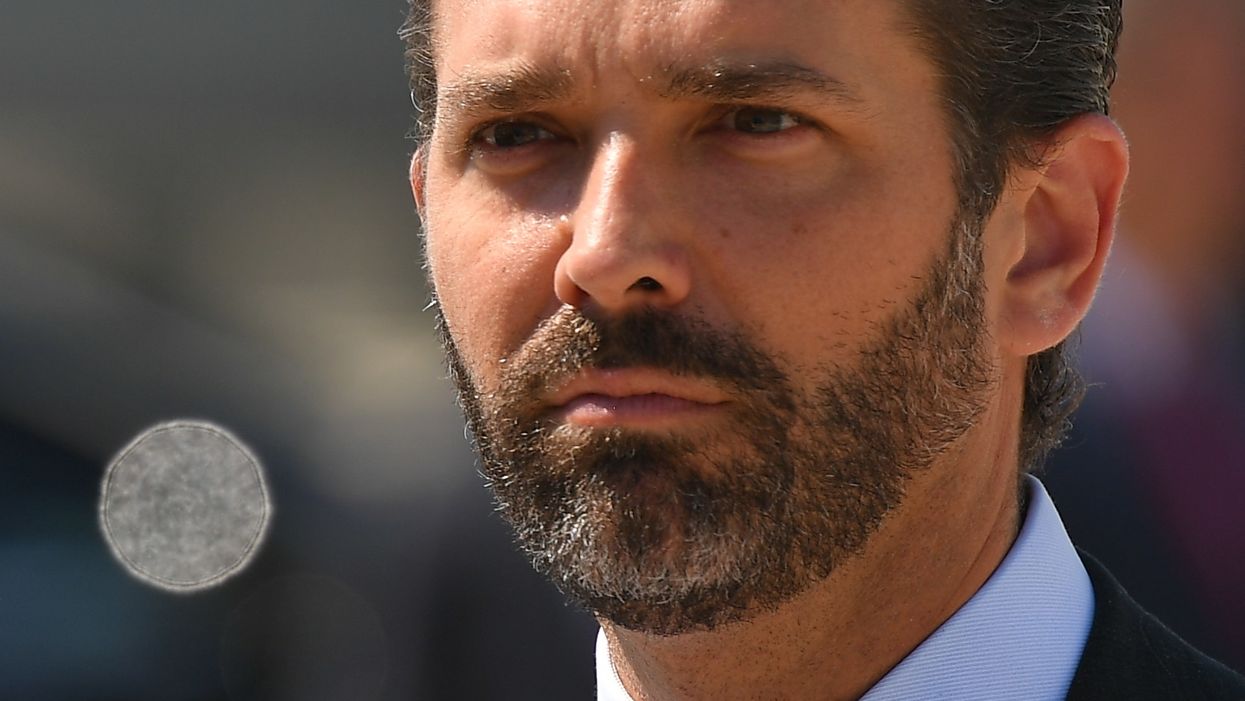 President Donald Trump’s son, Donald Trump, Jr., has tested positive for the coronavirus, but remains asymptomatic, according to a spokesperson. The news was first reported by Bloomberg.

A representative for the president’s oldest son confirmed to Politico that Don Jr. received the positive test result at the beginning of the week, and “has been quarantining out at his cabin since the result.” The spokesperson added that “he’s been completely asymptomatic so far and is following all medically recommended COVID-19 guidelines.”

Don Jr., 42, is the latest Trump to contract the virus, after his father, step-mother, and half brother Barron Trump all tested positive in October. Don Jr.’s girlfriend, Trump campaign fundraiser and former Fox News host Kimberly Guilfoyle, also tested positive for the virus over the Fourth of July.

All have since recovered, but President Trump was hospitalized at Walter Reed National Military Medical Center for days following news of his diagnosis.

According to ABC News, Don Jr. “has consistently downplayed the severity of the coronavirus pandemic, even after his father was diagnosed.”

In an interview with Fox News on Oct. 30, he said deaths from the disease were “almost nothing.”

“Why aren’t they talking about deaths?” he told host Laura Ingraham. “The number’s almost nothing because we’ve gotten control and we understand how it works. We have the therapeutics to be able to deal with this.”

More than 250,000 deaths have been attributed to COVID-19 in the United States since the pandemic was discovered in the country early this year. According to data from Johns Hopkins University, America currently ranks 13th in the world in case-fatality ratio. The nation with the highest death rate on the list is Mexico, followed by Iran and the United Kingdom.

Earlier in the day on Friday, Andrew Giuliani—a special assistant to the president and the son of Trump personal attorney Rudy Giuliani—also announced that he had tested positive for COVID-19. CBS News reported that the outlet confirmed “at least four other White House aides have tested positive for COVID-19,” in addition to the younger Giuliani, noting that “Trump campaign adviser Jenna Ellis said she and Rudy Giuliani had tested negative.”