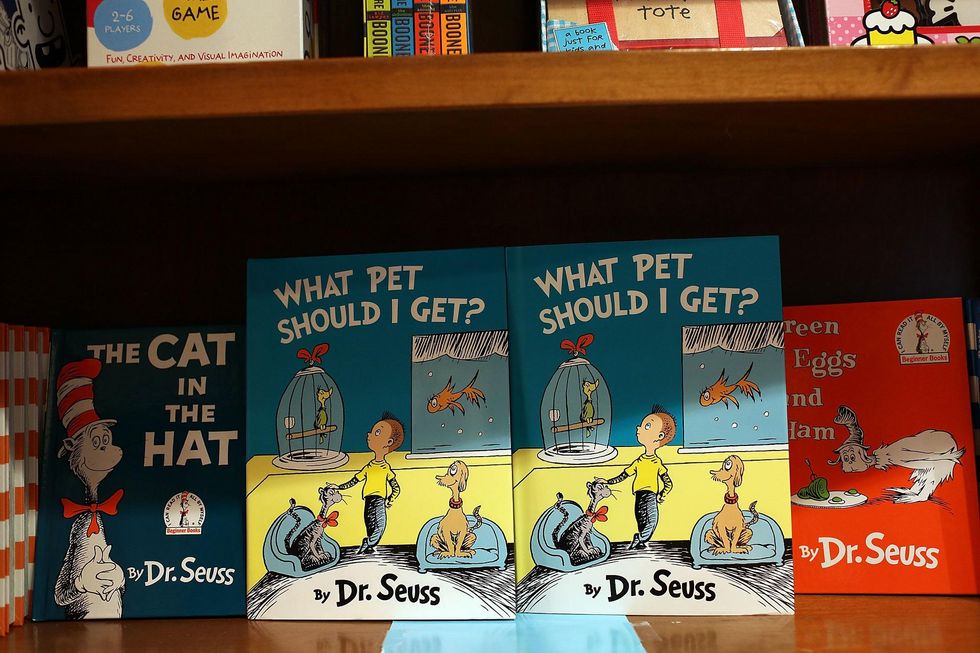 Dr. Seuss Enterprises’ decision to stop publishing six of the late author’s books over concerns of racism appears to have paid off.

On Tuesday, the business in charge of the beloved author’s estate put out a statement on Seuss’s birthday announcing that they decided last year to stop publishing or licensing the books, “And to Think That I Saw It on Mulberry Street,” “If I Ran the Zoo,” “McElligot’s Pool,” “On Beyond Zebra!,” “Scrambled Eggs Super!, “and “The Cat’s Quizzer,” saying the “books portray people in ways that are hurtful and wrong.”

The move sparked praise from people who felt it was a move toward social justice and outrage from folks who argued it was over-the-line censorship.

Coming in at #1 was “The Cat in the Hat,” followed by a Seuss beginner book collection in the #2 spot. Third was occupied by “Oh, the Places You’ll Go!” and fourth was “Green Eggs and Ham.” Another class Seuss book, “One fish two fish red fish blue fish,” came in at #5.

Other books in the top 20 bestsellers list that were not by Seuss included works by Stephen King and Jordan Peterson. There were also several more Dr. Seuss works beyond the top 20, with ten more included in the list of the top 50.

As for the Dr. Seuss works that have now been “canceled,” TheBlaze reported earlier this week that the books deemed “offensive” have surged in value as people scramble to get their hands on the editions now that they are no longer in circulation.

Online auction site eBay has since banned the selling of the six books, scrubbing them from their website and announcing, “At eBay, we have a strict policy against hate and discrimination to ensure our platform remains a safe, trusted and inclusive for our global community of buyers and sellers.”