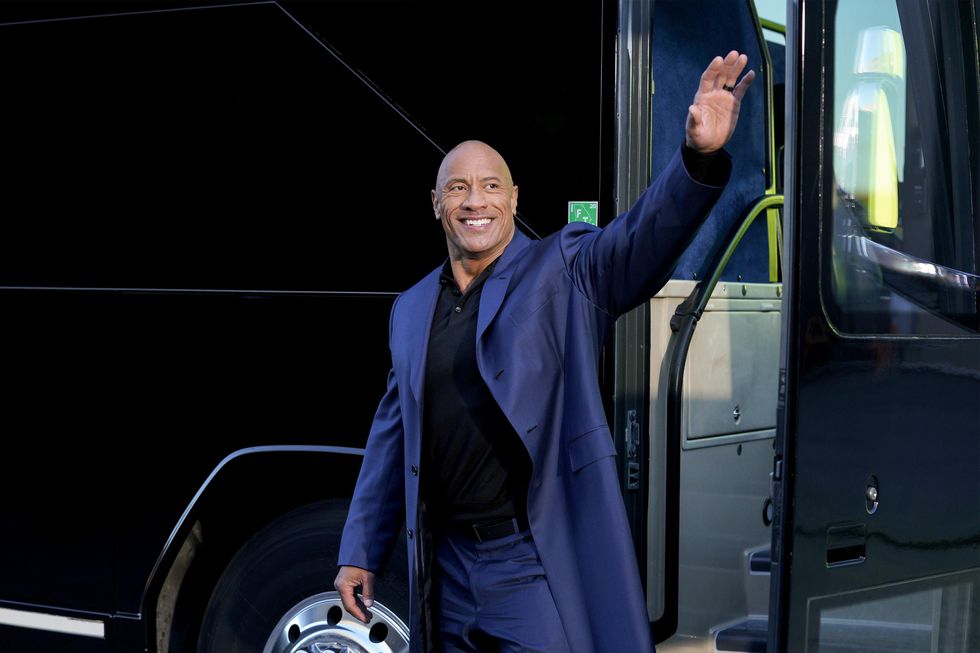 Dwayne Johnson is still considering a future run for president, according to a recent interview with USA Today.

Speaking to the outlet for his new sitcom, “Young Rock,” Johnson said that he would “consider a presidential run in the future” if “that’s what the people wanted.”

“Truly I mean that, and I’m not flippant in any way with my answer,” he explained. “That would be up to the people. … So I would wait, and I would listen. I would have my finger on the pulse, my ear to the ground.”

In 2017, Johnson famously told TV host Ellen DeGeneres that he was “seriously considering” a presidential bid. That same year, he told GQ that the idea is a “real possibility.”

“A year ago, it started coming up more and more,” he said. “There was a real sense of earnestness, which made me go home and think, ‘Let me really rethink my answer and make sure I am giving an answer that is truthful and also respectful.’ I didn’t want to be flippant — ‘We’ll have three days off for a weekend! No taxes!’

“If it is a very real, overwhelming, positive, strong, ‘We want you to run for president,’ and if I felt that I can step up to the plate and become a tremendous leader for our country and make a real difference and make change, I would do it,” he added at the time.

Ahead of President Joe Biden’s electoral win, Johnson branded himself a “political independent & centrist” and revealed that he has voted for both Republicans and Democrats in the past.

Newsweek has reported that betting website Covers said that Johnson is “current priced at 25/1 … to win the 2024 Presidential Election, odds which carry an implied probability of 3.85%.”

“This means that oddsmakers consider him equally likely to secure the top office as the up-and-coming Alexandra Ocasio-Cortez in four years’ time,” a spokesperson for the site told Newsweek. “The two sit joint-sixth favorite to be the next presidents, behind current occupants Kamala Harris and Joe Biden, former occupants Mike Pence and Donald Trump, as well as Republican Nikki Haley.”