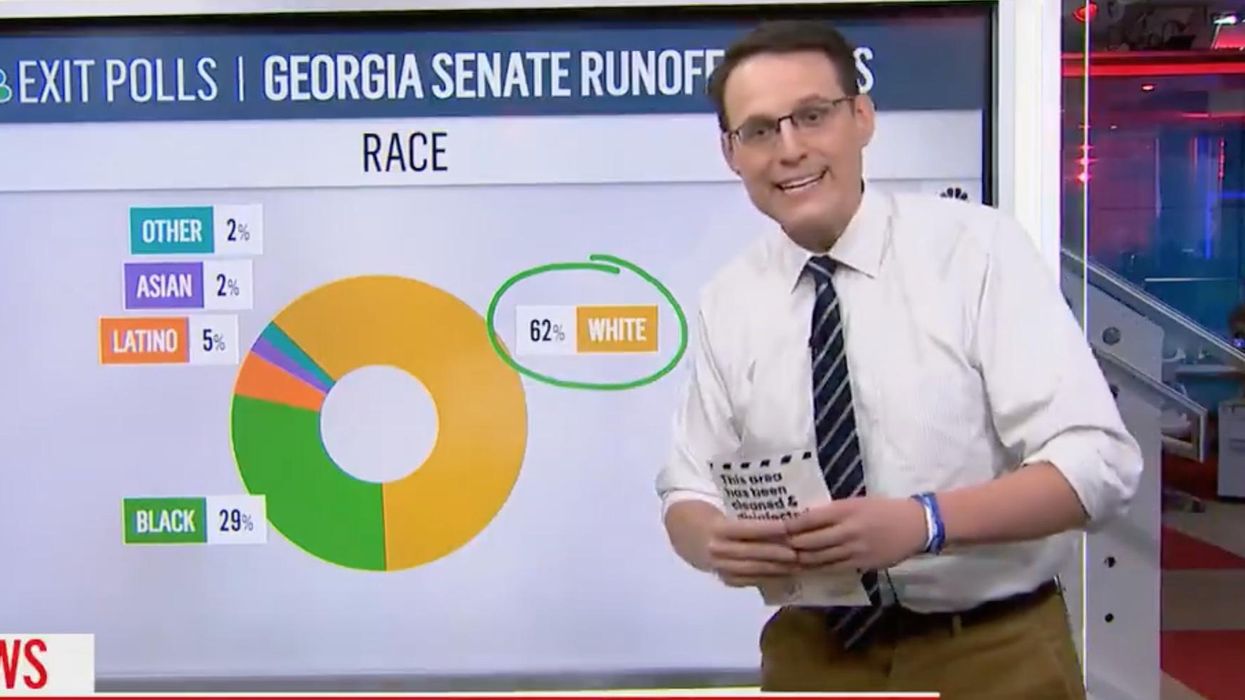 Early exit polling showed a drop-off in voting from a key demographic, according to NBC data analyst Steve Kornacki.

Kornacki explained the results from the early exit polling Tuesday on MSNBC as polls were approaching closing time in the runoff election that will decide the partisan fate of the U.S. Senate.

Republicans currently hold a 50-48 edge in the U.S. Senate.

Meanwhile, Black Americans had neither decreased nor increased since November and stayed the same percentage of the electorate, 29%.

When it came to account for the electorate by age, a key group did not appear to show up to vote, according to the early results.

Kornacki pointed to the youngest voters, those between 18 and 30 years of age, as those that did not vote as much as they did in November.

Voters under 30 years of age only comprised 13% of the electorate in the early polling whereas they accounted for 20% of the voters in the November general election.

Younger voters are much more likely to vote for Democrats than Republicans, so a drop-off in the voting from their demographic could be pivotal in determining the Senate runoff elections.

However, Kornacki cautioned the MSNBC audience that the results were early and could change as more data was released.

“These are not the final exit poll numbers. There’s gonna be more that kinda comes in to this data over the next few hours, so we’re sort of getting our first glimpse at what our electorate looks like in Georgia for this runoff,” Kornacki said.

Here’s the video of the early exit results:

[email protected] breaks down the first batch of exit polls on #ElectionDay for the #GASen runoffs. #TrackingKornacki https://t.co/pUQ3HrSiKd