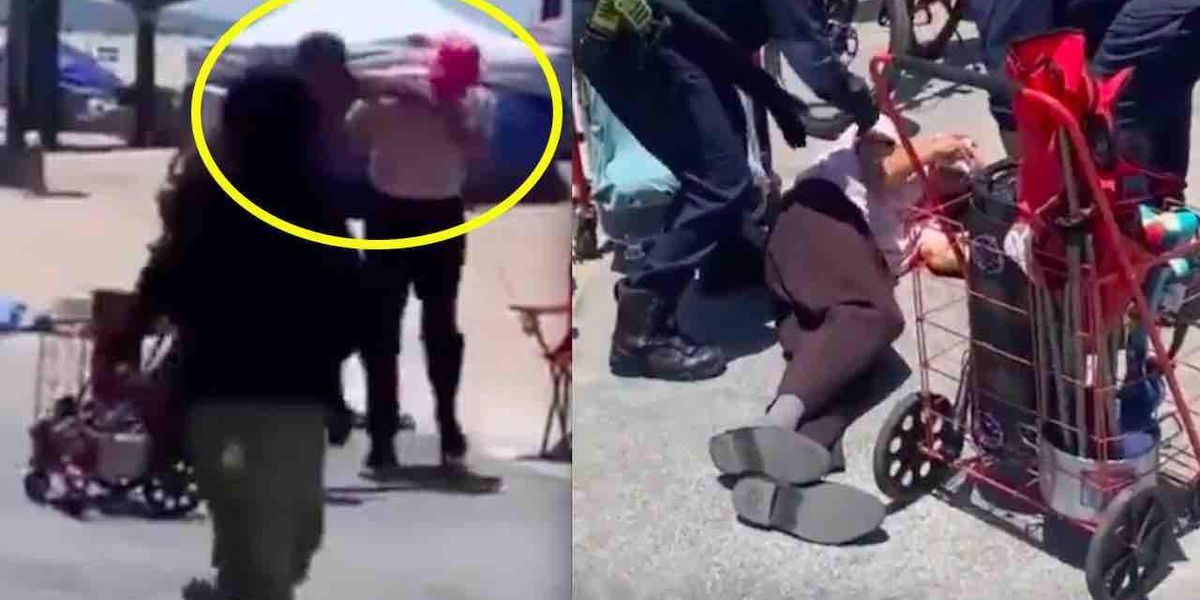 Video caught the moment when an elderly performer was dancing on the Boardwalk at Venice Beach, California, over the weekend — and another man approached him from behind and punched him in the face.

As the victim danced to Earth, Wind & Fire’s “Boogie Wonderland,” a shirtless man was seen walking along the Boardwalk past him — and then the perp suddenly turned to his right and attacked the man from behind before quickly moving on.

The video’s description said the attacker entered one of the tents that line the Boardwalk. Los Angeles Police said they’re are looking for the assailant, KTLA-TV reported.

What happened to the victim?

The victim is 70 years old and a well-known Boardwalk performer, the Venice Current reported. The video showed medical personnel attending to the victim who was lying on his side before being helped up. He suffered a shattered cheekbone and a broken ocular bone in many places, his sister told KTTV-TV.

The station said he was hospitalized after the incident — which occurred around 12:30 p.m. Sunday in the 500 block of Ocean Avenue — and police noted that he had facial cuts as well. He’s recovering at home, KTTV added.

Venice residents have been calling for action over the expansion of homeless encampments along the Boardwalk — aka Ocean Front Walk — and elsewhere in the area, Fox News said. The encampments have been connected to a rash of crimes that include shootings, fights, fires, and drug use, Fox News reported in a separate story last month.

In January 2020, a homeless man with a “lengthy criminal record” allegedly attempted to kidnap a 6-year-old girl from her mother’s arms before the girl’s uncle stepped in and took the man to the ground.

That same month Venice residents were furious at local officials after homeless people reportedly were moved into their neighborhoods to make way for a rally for Bernie Sanders, who was running as a Democratic presidential candidate at the time.

NATO Nations Ready to Jointly Respond to Attacks in Space

California Defies Doom So Far With No. 1 US Economy