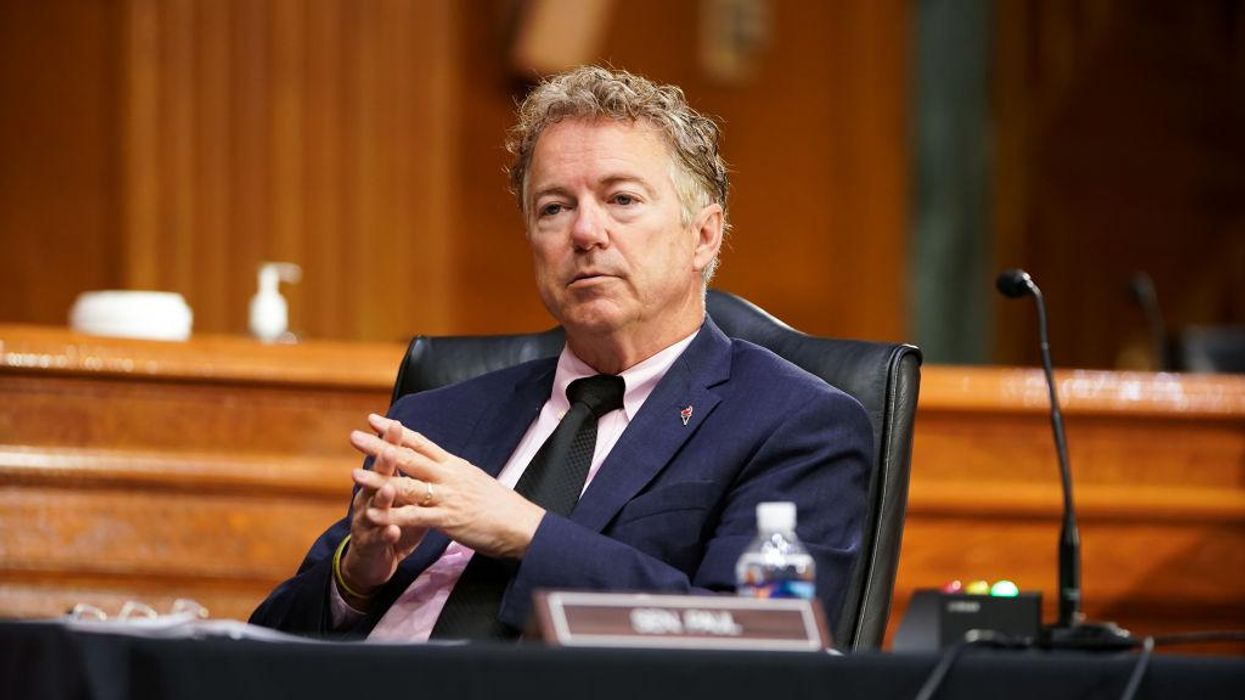 Sen. Rand Paul (R-Ky.) announced Thursday that once the Senate is back in session he aims to put the kibosh on mandatory face mask-wearing for air travelers.

“When the Senate returns to session, I will be introducing an immediate repeal of the mask mandate on planes. Enough! Time to stop this farce and let people travel in peace!” the Republican lawmaker tweeted.

When the Senate returns to session, I will be introducing an immediate repeal of the mask mandate on planes. Enough… https://t.co/4AND3Kbxk5

Paul, who has served as a senator from the state of Kentucky since 2011, is the son of former U.S. Congressman Ron Paul. The Senate is slated to be back in session Monday.

Reactions were mixed among the thousands of Twitter users who responded to Paul’s tweet, with some slamming the lawmaker’s plan and others expressing hearty approval.

“The families of over 600,000 people who died from COVID don’t think it’s a farce,” one tweet said in response to Paul’s announcement.

“Weird, my definition of peace is not having anyone in my family contract a deadly virus because some conservative virtue signaler was too afraid of what people would think if he wore a small piece of fabric to cover up his blowholes,” another tweet declared.

But in addition to the critics, some were fully on board with Paul’s plan to push back against mandatory mask-wearing aboard airplanes.

“Thank you! Yes, the madness needs to end!,” a tweet said.

There have been more than 33 million COVID-19 cases and more than 606,000 COVID-19 deaths so far in the U.S., according to data compiled by Johns Hopkins University.

Legal expert debunks Democrats who claim the Senate filibuster is ‘racist,’ and a ‘Jim Crow relic’

Watch live: Day one of President Trump’s second impeachment trial. Both sides ready to fight over constitutionality of the process.