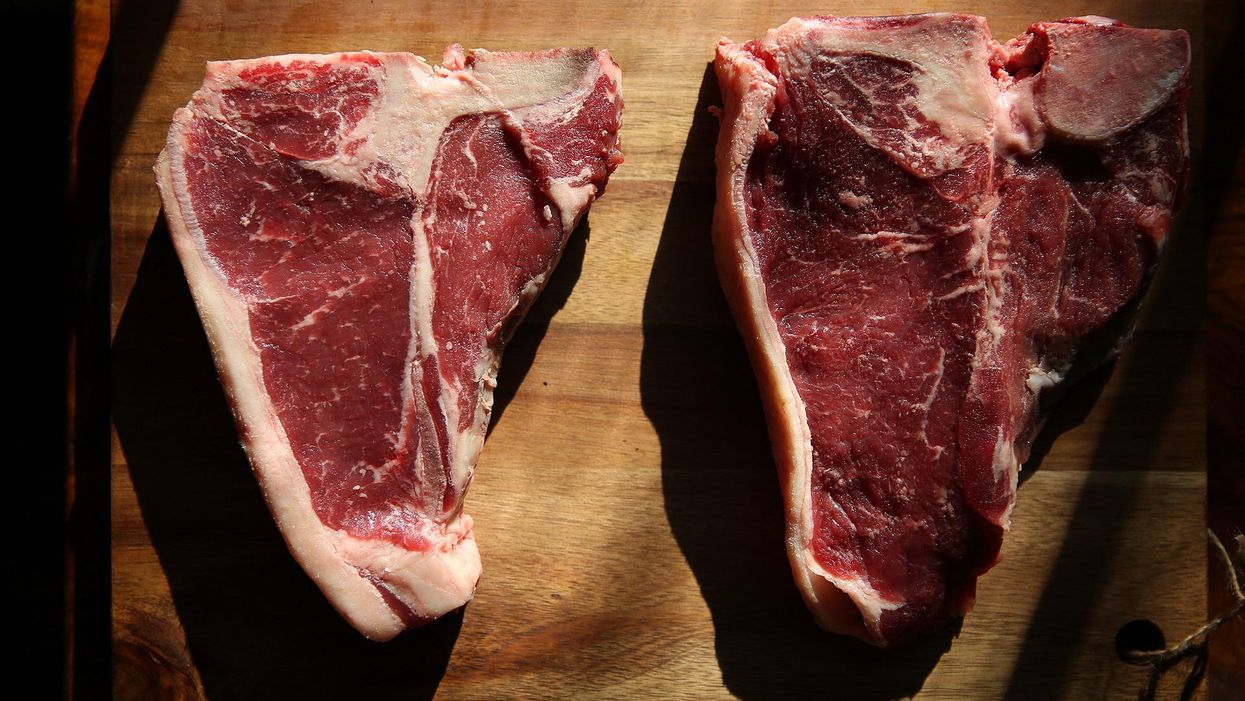 Condé Nast’s culinary magazine Epicurious announced Monday that it will no longer publish beef recipes, saying it no longer wants to give “airtime to one of the world’s worst climate offenders.”

Epicurious tweeted, “Today we announced that Epicurious is cutting out beef. It won’t appear in new Epi recipes, articles, newsletters, or on social. This isn’t a vendetta against cows or people who eat them. It’s a shift about sustainability; not anti-beef but pro-planet.”

Today we announced that Epicurious is cutting out beef. It won’t appear in new Epi recipes, articles, newsletters,… https://t.co/t2fxB6SfVM

The magazine explained in its full statement that its “shift is solely about sustainability, about not giving airtime to one of the world’s worst climate offenders.”

The outlet also acknowledged that “there are problems with chicken, seafood, soy, and almost every other ingredient,” adding that “in a food system so broken, almost no choice is perfect.”

However, the magazine wrote, “we know that home cooks want to do better.”

Epicurious said it made the decision now because while beef consumption in America “is significantly down from where it was 30 years ago, it has been slowly creeping up in the past few years.”

The Hill reported that “the brand acknowledged that products made from cow’s milk are ‘almost as destructive to the environment as beef’ but it has not said if it will stop publishing recipes requiring dairy.”

While beef recipes and the mention of the meat will be completely scrapped from the Epicurious social media feeds, homepage, articles and newsletters, beef recipes previously published by the magazine will remain available on its website.

For years, cattle production has become a target of environmental activists who argue that methane from cow farts is a leading contributor to climate change.

Beef consumption has been in the news in recent days following President Joe Biden’s vow to cut America’s greenhouse gas emissions by 50% over the next nine years — an ambitious goal that could mean a monumental overhaul of the U.S. economy.

Since the Biden administration has not yet released the details, outlets such as The New York Times and The Daily Mail pulled research from experts to show possible changes that would be needed in order for the U.S. to reach the president’s goal.

But the Mail drew backlash from left-leaning outlets such as The Washington Post, who criticized the outlet for pointing to University of Michigan study “on the impact of limiting meat consumption — including some extreme scenario examining the impact of Americans eating just four pounds of red meat per person annually.”

Several conservative lawmakers and commentators pushed back on the prospect of red meat becoming a target, according to Politico, leading the Biden administration to vow that cutting out beef was not on the table.

“There is no effort designed to limit people’s intake of beef coming out of President Biden’s White House or USDA,” Agriculture Secretary Tom Vilsack said during a virtual briefing hosted by the North American Agricultural Journalists.

He reiterated, “There’s no desire, no effort, no press release, no policy paper — none of that — that would support the notion that the Biden administration is going to suggest that people eat less meat, or that USDA has some program designed to reduce meat consumption. It’s simply not the case.”