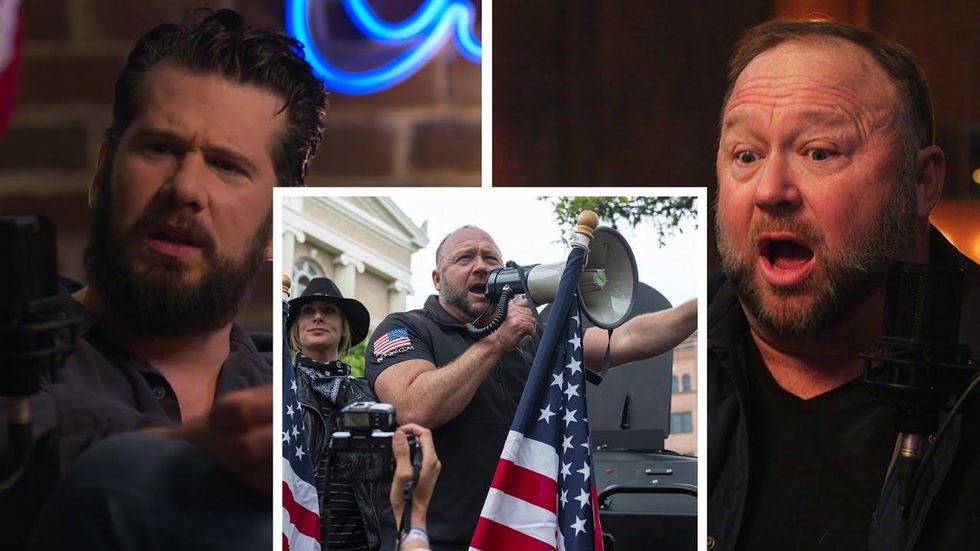 “I tried to get ahead and stop it but I couldn’t move,” Alex Jones recalled as he opened up about the tragic scene that unfolded Jan. 6 outside the U.S. Capitol.

During an exclusive interview with Steven Crowder, a passionate Alex described reaching the Capitol building in Washington, D.C., where he witnessed “hundreds of thousands” people at a rally with a small group of them breaching the building.

“We are running. We get there and there is tear gas and explosions, and it’s surreal,” Alex said. He recalled using a bullhorn to make the rioters stop but “by that point the crowd could not even hear him.”

Steven asked Alex if he felt responsible [as an organizer of the event] for what happened that day.

Alex said he arrived to find “flash bangs” and “people beating cops” and he was sick over it.

Watch the clip for more from Alex.

Republicans and Democrats strike deal on ‘9/11-style’ commission to investigate Jan. 6 attack on US Capitol