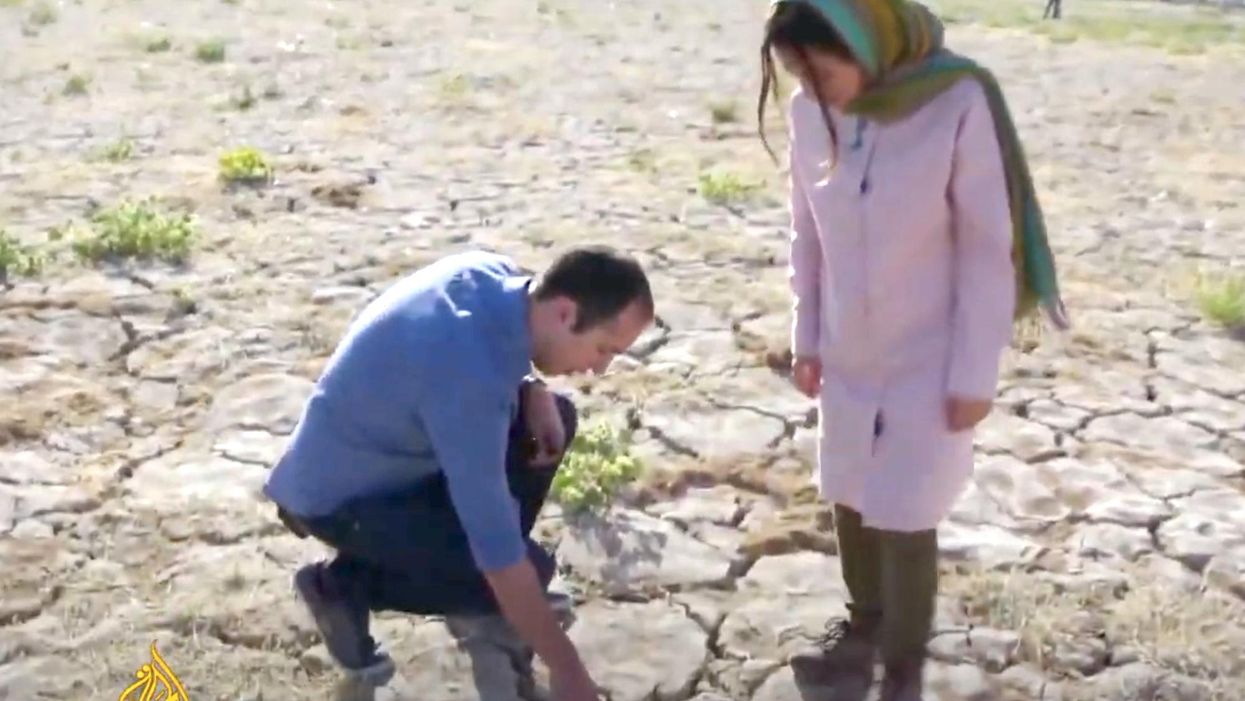 An environmental scientist who formerly worked for the Iranian regime says that years of water mismanagement has damaged their infrastructure so badly there’s no turning back.

Dr. Kaveh Madani says that Iran is essentially “water bankrupt” because of resource mismanagement. That means that all sources of water are drying up, including groundwater, rivers, and reservoirs.

The lack of access to clean water is resulting in desperate Iranians rioting against the government. Three deaths during the rioting have already been reported. The problem was so severe that Supreme Leader Ali Khamenei admitted the people were justifiably angry.

“We cannot really blame the people,” he said of thousands of protesters in Khuzestan Province.

Madani explained how the regime is to blame.

“Water demand is far more than the available water,” said Madani to The World. “Iran has been using its water resources unsustainably. Khuzestan is just one of these places where the explosion eventually has appeared. People are saying that we have had enough and the environment is actually saying that it has had enough.”

“Climate change increases the intensity and frequency of extreme events like heat waves, floods and droughts. So, it catalyzes the problem, exacerbates the problem,” he explained.

“You cannot blame it as the main cause. And if you do that, essentially, you justify what is happening,” Madani continued.

Madani was expelled from Iran after being accused of spying and being detained by the Islamic Revolutionary Guard Corps.

Here’s an interview with Madani about Iran’s water: