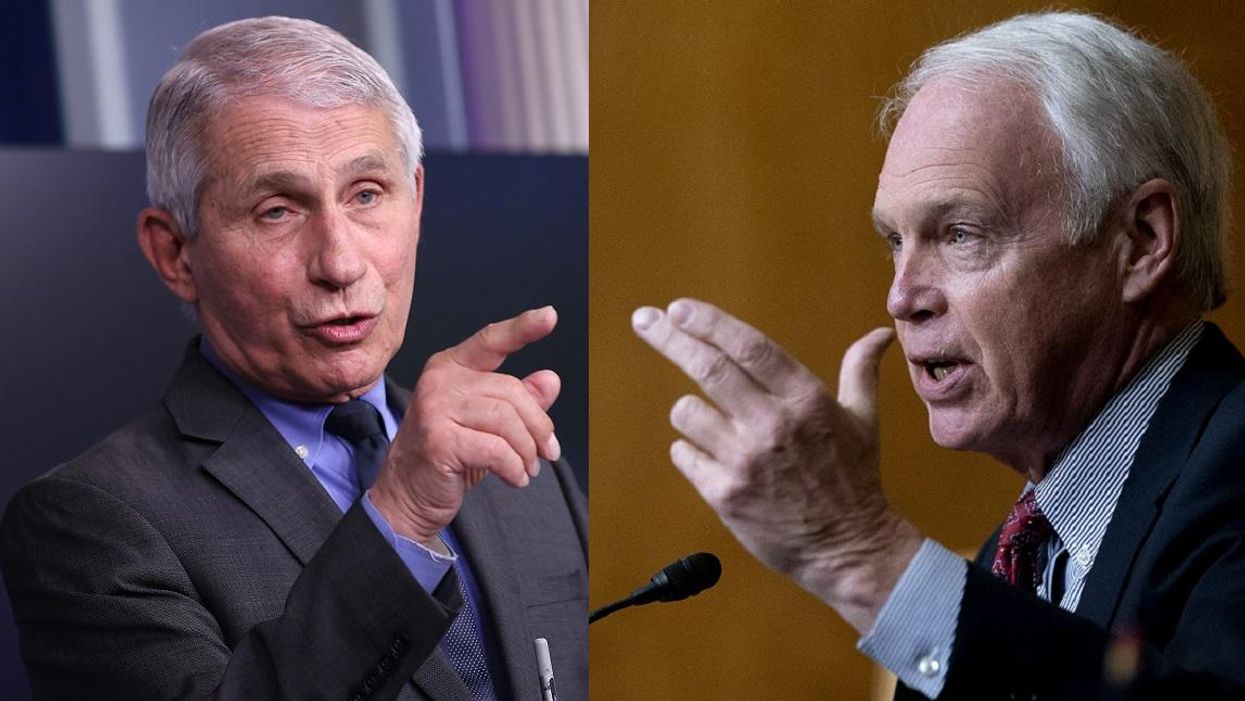 Dr. Anthony Fauci issued a rebuke of Republican Sen. Ron Johnson (Wisc.) on Friday, after the senator made waves by questioning the federal government’s “push to make sure everybody gets a [COVID-19] vaccine.”

During an interview with WISN-AM the day before, Johnson told host Vicki McKenna:

“The science tells us the vaccines are 95% effective, so if you have a vaccine quite honestly what do you care if your neighbor has one or not? What is it to you? You’ve got a vaccine and science is telling you it’s very, very effective. So why is this big push to make sure everybody gets a vaccine? And it’s to the point where you’re going to shame people, you’re going to force them to carry a card to prove that they’ve been vaccinated so they can still stay in society. I’m getting highly suspicious of what’s happening here.”

He added, “For the very young, I see no reason to be pushing vaccines on people. I certainly am going to vigorously resist any kind of government use or imposing of vaccine passports…that could be a very freedom-robbing step and people need to understand these things.”

Everyone should have the right to gather information, consult with their doctor and decide for themselves whether to get vaccinated. I strongly supported Operation Warp Speed, and celebrated its astonishingly rapid success. Now I believe government’s role (and therefore my role) is to help ensure transparency so that people have as much information as possible to make an informed decision for themselves.

It is a legitimate question as to whether people at very low risk of suffering serious illness from Covid, particularly the young and healthy, should be encouraged to take a vaccine that is being administered under an Emergency Use Authorization — in other words, before it has been fully tested and approved. I was the champion of ‘Right to Try’ legislation. A reasonable corollary to that is the right to choose or not to choose treatment. I also support health privacy laws and will vigorously oppose any efforts by the government to utilize or impose vaccine passports.”

Fauci, who has led U.S. policy guidance on the coronavirus pandemic since it the country last year, took issue with Johnson’s comments.

During an appearance on MSNBC, Fauci responded to Johnson’s questioning of the call for universal vaccination by saying, “Well there’s a pretty good reason. We have 567,000 people who’ve died so far in this country from this disease. That is a really, really good reason to get people vaccinated with a vaccine that you’ve shown is highly efficacious and quite safe. And that’s the reason for the emergency use authorization.”

“We are dealing with an emergency,” Fauci added. “How can anyone say that 567,000 dead Americans is not an emergency?”


Dr. Fauci On Sen. Johnson’s Comments Against Vaccinations: ‘We Are Dealing With An Emergency’

President Trump beats out Dr. Fauci, Joe Biden, Barack Obama, and the pope for ‘most admired man’ of 2020