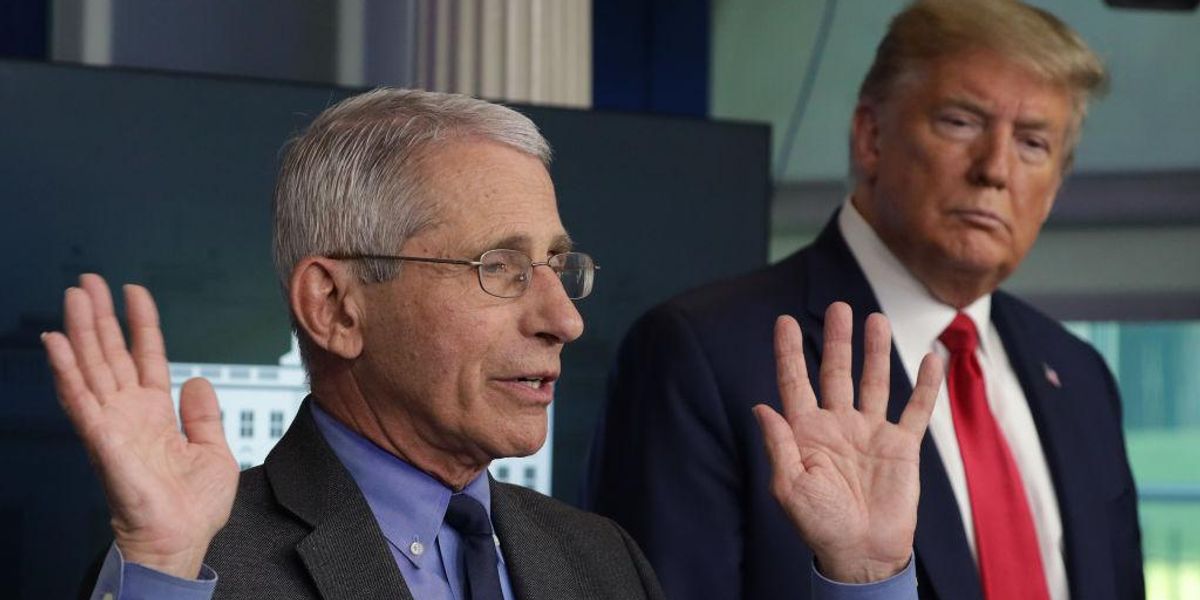 Dr. Anthony Fauci repeatedly denied that he was being “muzzled” or “censored” by the Trump administration early on during the coronavirus pandemic, a trove of newly released emails show.

Democratic politicians and media figures have long espoused that former President Trump censored scientists and public health experts — including Fauci — in the early stages of the pandemic. But several messages among 3,200 pages of Fauci’s emails recently obtained by BuzzFeed News through a Freedom of Information Act request poke a massive hole in that theory.

Over and again between January and June of last year, Fauci, who now serves as President Joe Biden’s chief medical adviser, adamantly denied insinuations that he was being censored by the administration.

“The news media is reporting that the White House has muzzled you. Is that true?” Thomas Murray, a self-described nuclear/aerospace engineer who subsequently obtained an MPH [Master of Public Health degree] at the University of Washington, asked in one email.

Later in the message, he told Fauci to “let me know if I should stay silent or become noisy.”

Fauci replied: “Please stay silent since I have not been muzzled. I will be on multiple TV shows tomorrow and was on FOX this AM. No one is censoring me.”

In response to a similar question from syndicated columnist Bob Franken, Fauci insisted that he had “never been given orders to get approval from the VP’s [Mike Pence] people to speak publicly about coronavirus.”

“I have never been muzzled or told that I could not speak out publicly about anything during this administration,” he reiterated to Franken after describing the routine process in which members of the executive branch get cleared to speak on national television shows.

Fauci was emphatic in his private correspondence last year that Trump never “muzzled” him — contrary to what the Bi… https://t.co/C7O9RczRYt

In yet another instance, Fauci again insisted that he was not being censored by the administration in an email reply to someone named Mark Jay Shlomchik.

“I have been very explicit in stating publicly that I am not being muzzled or censored,” Fauci wrote. “I say exactly what I want to say based on scientific evidence, I have stated this on multiple TV programs over the past few days including at a major press conference with many, many reporters present including several TV cameras.”

“I could not possibly be more public about this. No censor. No muzzle. Free to speak out,” he added.

The private correspondence from Fauci, who serves as director of the National Institute of Allergy and Infectious Diseases, matches perfectly with a public statement the health expert made regarding the matter in February 2020.

After a reporter posed a question about censorship of health experts during a White House press briefing, Fauci stepped up to the podium and said the following:

Let me clarify … I have never been muzzled — never — and I’ve been doing this since the administration of Ronald Reagan. I’m not being muzzled by this administration. What happened, which was misinterpreted, is that we were set up to go on some shows, and when the vice president took over we said, “Let’s regroup and figure out how we’re going to be communicating.” So I had to just stand down on a couple of shows and we submit for clearance, and when I re-submitted for clearance, I got cleared. So I have not been muzzled at all. That was a real misrepresentation of what happened.