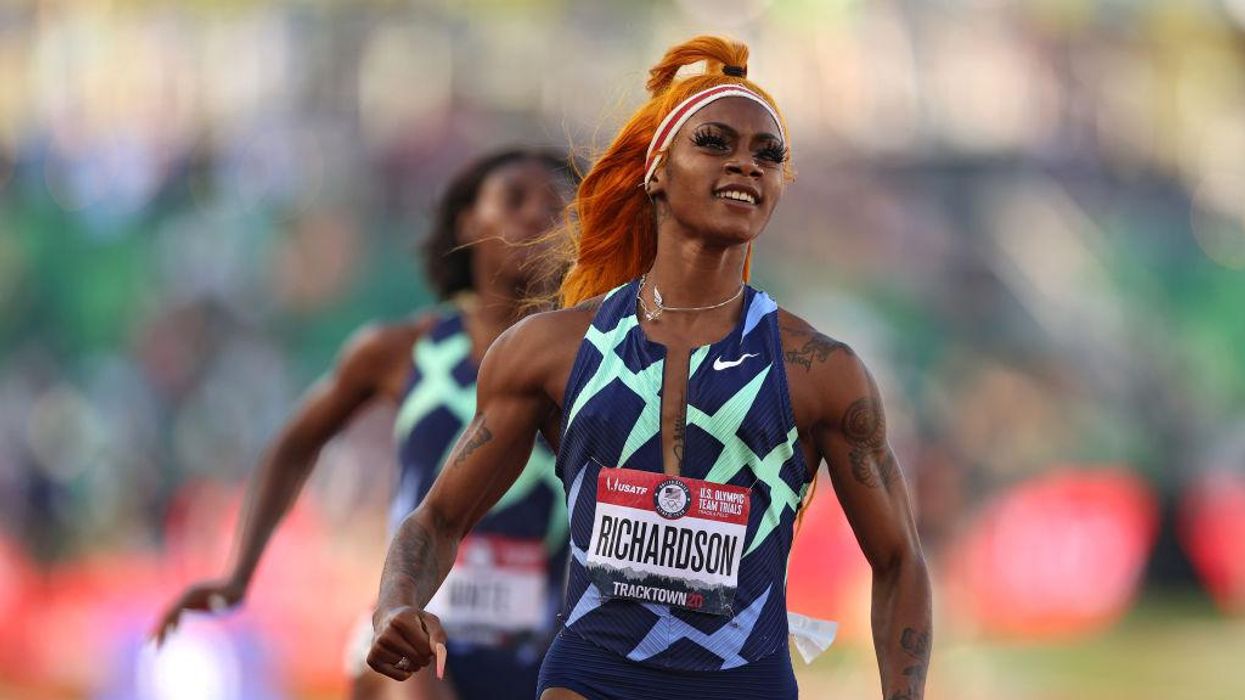 Richardson, a favorite to win the women’s 100-meter dash at the Tokyo Olympics, is a cause celebre across corporate and social media because she was handed a one-month suspension for a positive marijuana test. The suspension will prevent her from competing in track and field’s star-making event.

Richardson has indicated she smoked marijuana to cope with the news of the death of her biological mother.

Social media quickly turned Richardson, who is black, into yet another victim of America’s “systemic racism.” Users, big and small, across all platforms claimed the U.S. Olympic Committee and Anti-Doping Agency treated Richardson more harshly than white swimmers Michael Phelps and Ryan Lochte.

“The criminalization and banning of cannabis is an instrument of racist and colonial policy,” she tweeted. “The IOC should reconsider its suspension of Ms. Richardson and any athletes penalized for cannabis use.”

So, in 2009, Phelps was pictured sucking on a marijuana bong. The USOC suspended him for three months and several of his sponsors, including Kellog’s, dropped him. Phelps never tested positive for marijuana. A picture caused his suspension. No one accused the IOC, USOC, or the Anti-Doping Agency of racism.

In 2016, Lochte was ensnared in a media-generated “white privilege” controversy during the Brazil Olympics. Lochte and three other teammates, after a night of drinking, stopped at a gas station to use the bathroom. The bathroom was locked. They peed in bushes next to the bathroom. Two men claiming to be security and/or police drew guns, accused the American Olympians of vandalizing the bathroom, and demanded cash for the damages.

Lochte told his mother what happened. His mother repeated it to a reporter. The reporter tweeted out that Lochte and friends had been robbed. Lochte was then forced to retell the story to the media. Brazilian government officials were embarrassed. You spend billions of dollars to host the Olympics and the last thing you want is an international story that exposes how tourists are exploited when visiting your country.

So Brazil went on the offensive, disputed Lochte’s story, and charged him with filing a false police report. Because Lochte is white, America’s corporate media shredded Lochte as an ugly American. NBC weatherman Al Roker led the charge. In an infamous viral video, Roker not only ambushed Lochte, he attacked white co-worker Billy Bush.

The USOC suspended Lochte for 10 months. Sponsors dropped him. The American media framed him as a symbol of white privilege.

USA Today eventually published an investigative story that backed Lochte’s version of events. The swimmers couldn’t have vandalized the bathroom because they never entered the locked bathroom. The USA Today story quoted a Brazilian judge and a lawyer calling bull$h*t on the whole thing.

A year later, Brazilian authorities dropped their charges against Lochte.

Are we sure Sha’Carri Richardson has been treated in a racist manner? Are we sure?

Let me add one more thing. As the lone sports journalist to ever write and report substantively on the negative impact of America’s drug war, I think we’ve gone overboard in portraying marijuana as harmless. It’s the equivalent of portraying alcohol as harmless.

Marijuana and alcohol are not harmless, and I have a long history with both. My dad owned a bar most of my life. In college, I was a casual marijuana user and a frequent drinker.

I’m not some uptight prude.

But studies have shown that 60% of violent criminals test positive for illegal drugs. You toss in alcohol and the overwhelming majority of violent crime can be linked to a perpetrator in an altered mental state.

Marijuana and liquor are crime’s best friends. Talk to any gangbanger — and I have through my relationship with Jim Brown and his Amer-I-Can program — and you will learn that most gang violence is done under the influence of “sherm,” marijuana cigarettes dipped in PCP.

Marijuana use is not harmless. It’s another tool in the satanic promotion of a “do as thou wilt” American society.

Due to COVID-19, Olympic athletes will place medals around their own necks during ceremonies

China warns US against boycotting Winter Olympics in Beijing. Jen Psaki says there’s no talk of that.