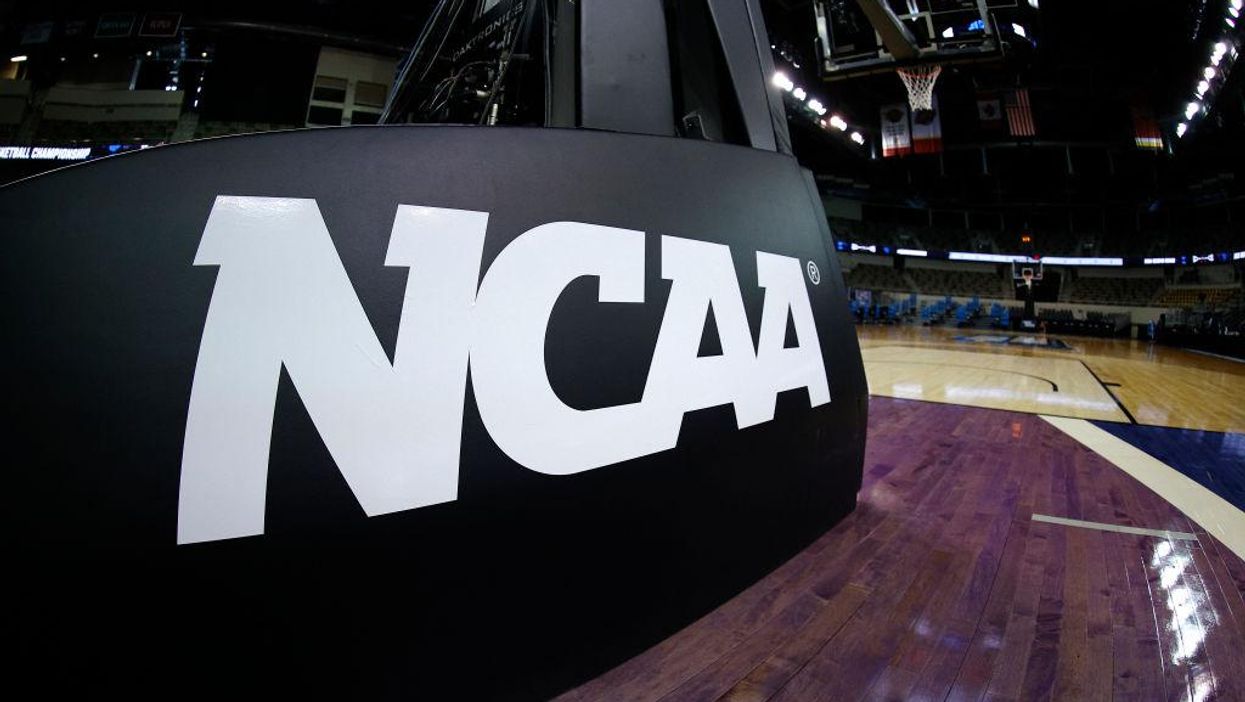 The Washington Post published a piece Thursday crediting the wrong people for undermining the public’s support of NCAA-mandated amateurism.

If you read reporter Ben Strauss’ sprawling, 1,700-word piece, you might get the impression that woke journalists and activists brought down the NCAA’s exploitative business model.

The subtle point of Strauss’ story is that the left ended the athletic slavery model constructed and maintained by liberal college presidents. Yes, college presidents run the NCAA. It’s always been their system.

Let’s give credit to shoe company whistleblower Sonny Vaccaro for playing the groundbreaking role of Harriet Tubman. Vaccaro masterminded the Ed O’Bannon lawsuit that freed the minds of NCAA slaves and abolitionists.

But who played the roles of Nat Turner and John Brown in the abolition of NCAA amateurism?

Jason Whitlock, a former NCAA football slave, and Walter Byers, the former executive director of the NCAA. We were mentioned — very briefly — in Strauss’ piece.

Byers was a conservative from Kansas. I am a Christian conservative who made his journalistic name in Kansas City. Stick with me and let me explain what really happened.

This week, NCAA-mandated amateurism died. College athletes are cutting name, image, and likeness marketing deals with American businesses big and small. It’s all legal. Public pressure forced state lawmakers to enact laws that stripped the authority of the NCAA’s amateurism rules. The NCAA soon folded, removing amateurism from the life-support devices that had kept it in a coma-like state for much of the past two decades.

The primary life-support apparatus propping up amateurism was the mainstream sports media. I know this because until around 2004, I was part of the apparatus. Sixteen years ago, I wrote a column for ESPN Page 2 defending the amateur model.

Shortly thereafter, the hypocrisy of the NCAA system and my deepening understanding of the purpose of amateurism caused me to pivot 180 degrees. I read that the concept of amateurism was invented so that elites wouldn’t have to compete with the working class and poor. At amateurism’s American inception in the 1800s, only the wealthy had the leisure time to train and compete in sports.

My hatred of NCAA amateurism culminated in July 2010 when the NCAA and USC stripped running back Reggie Bush of the Heisman Trophy he won in 2005. Bush, according to a Yahoo Sports investigative story, received illicit cash benefits while he played at USC.

I wrote a column on July 22, 2010, for Fox Sports that would eventually change the way the mainstream sports media would write and talk about NCAA amateurism. The piece was titled “Expose the NCAA, not the athletes.”

Today the NCAA Presidents Commission is preoccupied with tightening a few loose bolts in a worn machine, firmly committed to the neo-plantation belief that the enormous proceeds from college games belong to the overseers (administrators) and supervisors (coaches). The plantation workers performing in the arena may only receive those benefits authorized by the overseers.

I used Byers’ plantation analogy to analogize Reggie Bush to Kunta Kinte, the main slave character in the TV miniseries “Roots.” And, most devastatingly, I analogized the mainstream sports media obsessed with breaking stories about NCAA rule breakers to the slave catchers who hunted Kunta Kinte.

I put Yahoo’s sports writers in the crosshairs, torching my relationship with respected peers at Yahoo and across the sports media landscape.

Over the next five years, I wrote multiple pieces blasting sports writers for publishing rules-breaking stories and made it a point to refer to Byers’ devastating plantation analogy.

In 2011, I wrote a piece destroying Yahoo reporter Charles Robinson’s celebrated investigative piece allegedly exposing rampant corruption within the University of Miami football program. Robinson’s story was based on the words of congenital liar and convicted Ponzi schemer Nevin Shapiro. Here’s my takedown of Robinson’s piece.

My peers within the sports media reviled me and accused me of being driven by jealousy. I was a pariah within the Kwame Brown-defined sports media “go along to get along” gang.

My sin was pointing out in print that for years sports writers built their individual brands and newspapers burnished their reputations publishing NCAA scandal pieces that fortified a racist system of exploitation. Progressive newspapers won Pulitzers acting as slave catchers for liberal college presidents.

I put that reality in every sports journalist’s face.

In October 2011, Taylor Branch’s marvelous, spectacularly reported piece destroying the NCAA dropped. It had an enormous impact. The Atlantic is the magazine college presidents read. Their slave-like system was called out in their magazine of choice.

Nat Turner and John Brown did their jobs. Two conservatives from Kansas undermined the public’s will to support NCAA amateurism.

Now here comes the Washington Post publishing a piece pretending Bomani Jones, Deadspin, and Harry Edwards did it. Jones has never published a significant piece of journalism in his life. Craggs is super talented and wrote an occasional piece on the topic, but he had no real impact. His real impact at Deadspin was bullying ESPN to turn woke. And Edwards was quoted in the Washington Post story saying that fear of losing access drove sports writers to avoid attacking NCAA amateurism. He’s wrong. Fear wasn’t the motivation.

The media industry and academia work together. Pay raises, job promotions, and journalism awards were handed to the sports writers who snitched on NCAA slaves.

It’s amazing how corporate media rewrite history and always make a certain group of leftists the heroes. They tilt the “right side of history” to the left.

Whitlock: Veneration of George Floyd is racist and must be stopped