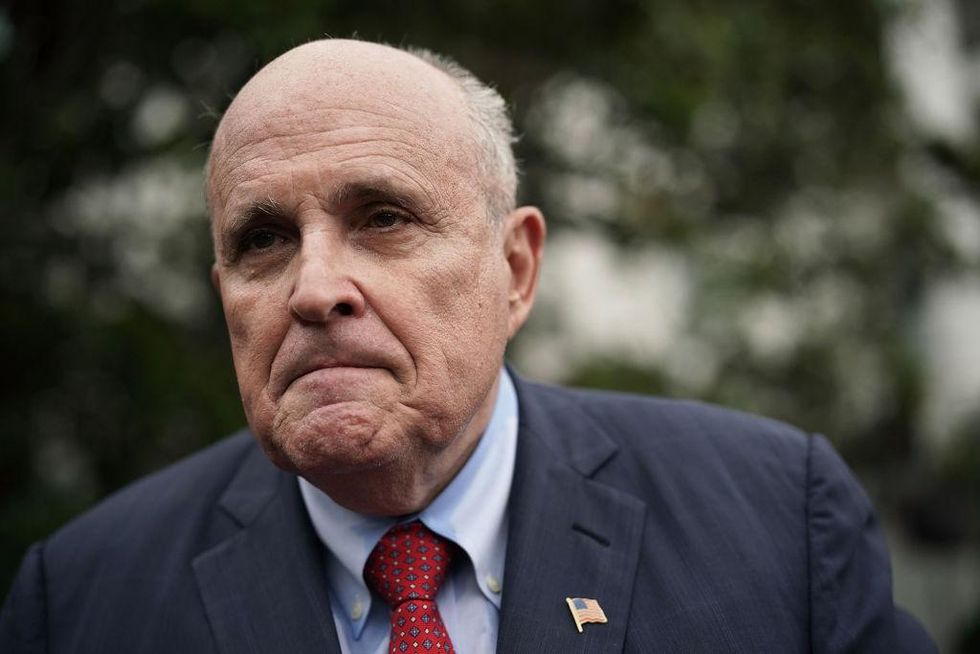 Federal investigators executed a search warrant on the Manhattan apartment of former New York City Mayor Rudy Giuliani on Wednesday as part of an investigation into his alleged overseas lobbying efforts as the personal attorney for former President Donald Trump, the New York Times reported.

The Times characterized the raid as a “major turning point” in the investigation into whether Giuliani broke federal laws in his capacity as Trump’s lawyer by lobbying the Trump administration in 2019 on behalf of officials and oligarchs in Ukraine. Giuliani’s alleged lobbying efforts were a primary focus of the first impeachment case against Trump.

During that same time, Giuliani was admittedly in Ukraine attempting to dig up dirt on Trump’s political rivals, including President Joe Biden, who was then a leading candidate for the Democratic presidential nomination. Biden’s son, Hunter, was facing intense scrutiny for his suspicious position on the board of a nefarious Ukrainian gas company, Burisma, despite having no relevant experience in the industry.

Both the FBI and the U.S. Attorney’s Office for the Southern District of New York have reportedly not commented to the media and have yet to issue a news release about the raid. The New York Post reported that “a call to Giuliani’s cellphone went straight to voicemail Wednesday afternoon.”

Giuliani’s attorney, Bob Costello, reportedly told Fox News that the raid was “totally unnecessary” and was conducted only to give Giuliani “bad publicity” and “make him look like he’s some sort of criminal.”

In an interview with the Wall Street Journal, Costello confirmed that the raid took place at 6 a.m. Wednesday and that his client’s electronic devices had been confiscated.

Paraphrasing Costello’s words, the report went on to say that “the warrant sought communications between Mr. Giuliani and individuals including John Solomon, a columnist who was in communication with Mr. Giuliani about his effort to push for investigations of Joe Biden in Ukraine.”

While the search warrant does not reflect that Giuliani is guilty of any crime, it shows that investigators have taken the probe to an “aggressive new phase,” the Times noted. In order for a search warrant to be issued, a judge needs to be convinced that a crime may have been committed and that a raid could turn up evidence.

According to the news outlet, federal agents have been investigating Giuliani’s potential involvement in pressuring Ukrainian officials to investigate the Bidens as well as his role in pushing for the ouster of then-U.S. ambassador to Ukraine, Marie Yovanovitch.

The report listed one possible charge as a violation of the Foreign Agents Registration Act (FARA), which, according to the Justice Department, requires individuals lobbying the U.S. government on behalf of foreign officials to periodically disclose their activities to authorities.