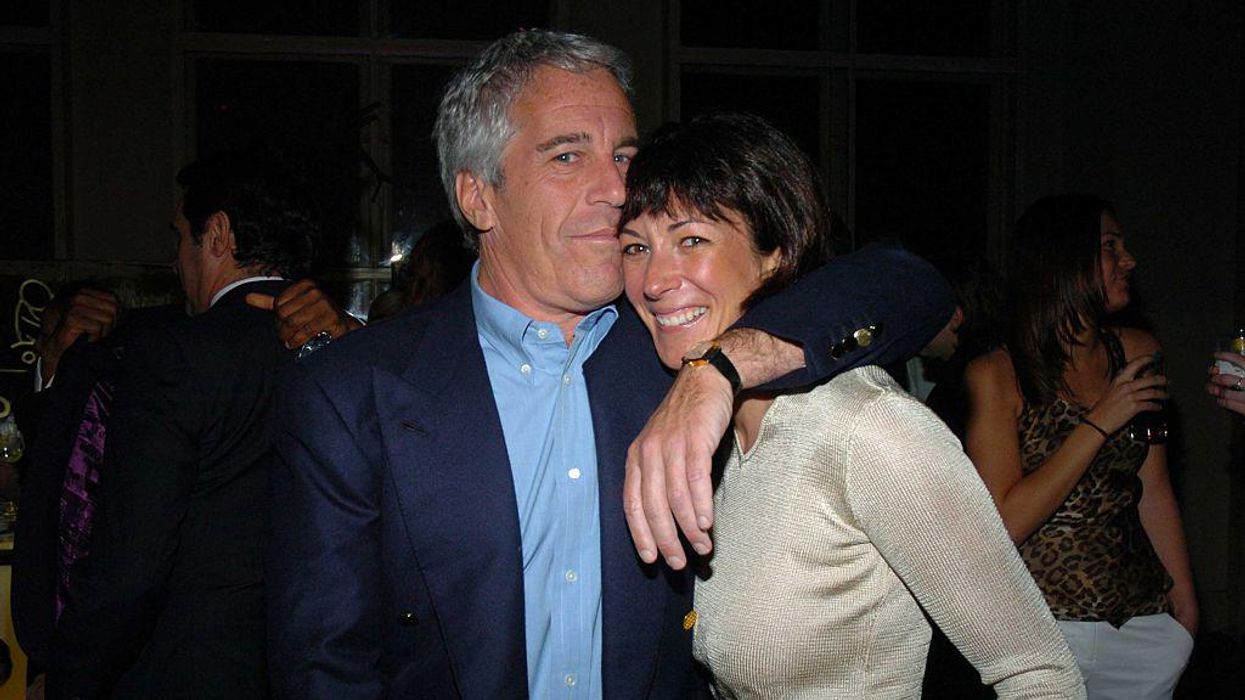 A federal judge in New York ruled Thursday to unseal court documents in relation to accused sex trafficker Ghislaine Maxwell. U.S. District Judge Loretta Preska ordered a trove of secret files to be made public this month, some of which could reveal financial ties to the Clintons.

Judge Preska ruled to unseal the court documents that are from a defamation lawsuit brought against Maxwell by alleged Jeffrey Epstein accuser Virginia Roberts Giuffre that was initiated in 2015. Giuffre brought the lawsuit after Maxwell accused her of lying about being exploited and abused by Maxwell and Epstein.

Giuffre alleges that Maxwell recruited her to train as a masseuse when she was 16 years old, and was later turned into Epstein’s “sex slave” from about 1999 to 2002, which included having sex with acquaintances of the convicted pedophile. Giuffre’s defamation case against the former British socialite was settled in May 2017.

“Having taken a particularized view of the documents, the court concludes that each document reasonably had a tendency to effect the court’s ruling and is thus a judicial document,” Preska said during a telephone conference Thursday.

Among the documents to be unsealed from the defamation case is information about Maxwell’s finances. During the case, the Daily Mail reported, “Giuffre’s lawyers demanded a vast array of documents from Maxwell including ‘funding received from the Clinton Global Initiative and the Clinton Foundation,’ according to court filings.”

One section of the ruling reads:

The Clinton Foundation said of Maxwell’s organization, “In 2013, the TerraMar Project committed to launch the Sustainable Oceans Alliance (SOA) to mobilize the international community and the public at large on the importance of the Oceans and the Seas and to ensure that the 193 UN Member States recognize and incorporate oceans in the Sustainable Development Goals (SDGs), to be adopted in 2015.”

The New York Post reported in 2019 that Maxwell’s TerraMar organization was being investigated by the FBI for possible links to Epstein:

The TerraMar Project was incorporated in London and Delaware in 2012, purportedly to raise awareness of environmental and other issues facing the oceans, and exclusively funded by hundreds of thousands in loans by heiress Ghislaine Maxwell, public filings show. Maxwell was listed as president of TerraMar, and her Upper East Side home was its official office. She pumped $283,429 into it between 2012 and 2017. In that time, the so-called charity gave out a total of $874 in grants.

Maxwell’s legal team doesn’t want the documents unsealed, arguing that the released files could impact their client’s right to a fair trial in November because the media would sensationalize the details, which could taint the jury.

However, Judge Preska rebuffed the assertion.

“It is not the job of the Court to police press coverage,” Preska responded. “Tabloid fodder doesn’t diminish the importance of materials that could reasonably affect the court’s decision on a motion.”

The parties are required to submit unsealed documents to the court in two weeks, but there will be redactions to conceal the identities of all non-party Does. Judge Preska said the previously unreleased documents would be shared with the public in mid-July.

Preska is the same judge who ordered a previous tranche of “extremely personal” documents from Giuffre’s civil suit against Maxwell could be released last July. The documents include a seven-hour, 418-page deposition that Maxwell provided in 2016.

The batch of previously unseen files, which included 47 documents and more than 600 pages from the now-settled defamation case, were unsealed on July 30, 2020. The documents contain allegations that former President Bill Clinton visited Epstein’s private island in the Caribbean.

“You know, I remember asking Jeffrey what’s Bill Clinton doing here [on Epstein’s island] kind of thing, and he laughed it off and said well he owes me favors,” Giuffre told lawyer Jack Scarola in 2015.

“He never told me what favors they were,” Giuffre added. “I never knew. I didn’t know if he was serious. It was just a joke. … He told me a long time ago that everyone owes him favors. They’re all in each other’s pockets.”

In April, the Sun published photos said to be dated September 1993, when then-President Bill Clinton welcomed Epstein and Maxwell as “VIP guests” to the White House. “They toured Clinton’s residence and the East Room during a reception after Epstein gave £7,280 to the refurbishment of the Oval Office,” The Sun reported.

After the Pennsylvania Supreme Court overturned Bill Cosby’s sexual assault conviction earlier this week and released the comedian from prison, Maxwell’s legal team is arguing that their client should also be released from prison. Maxwell’s appellate lawyer, David Oscar Markus, wrote an op-ed in the New York Daily News on Wednesday arguing for Maxwell to be released from Brooklyn’s Metropolitan Detention Center, where she has been in confinement since her arrest last July over charges of running a sex trafficking network.

“The Pennsylvania Supreme Court did the right thing when it threw out Bill Cosby’s convictions because prosecutors cheated: They promised Cosby that they would not prosecute him if he would testify in the civil cases against him; based on that promise, Cosby testified and did not invoke his Fifth Amendment right to remain silent,” Markus wrote in the op-ed. “Prosecutors then broke their promise and used Cosby’s statements in those depositions to win a conviction against him. The state Supreme Court not only acquitted him but barred the prosecutors from retrying him.”

Maxwell’s criminal sex-trafficking trial is slated for November. Maxwell, 59, pleaded not guilty. Epstein’s alleged madam has appealed five times to be freed from jail on bail, but has been rejected every time, the latest rejection arrived in June.