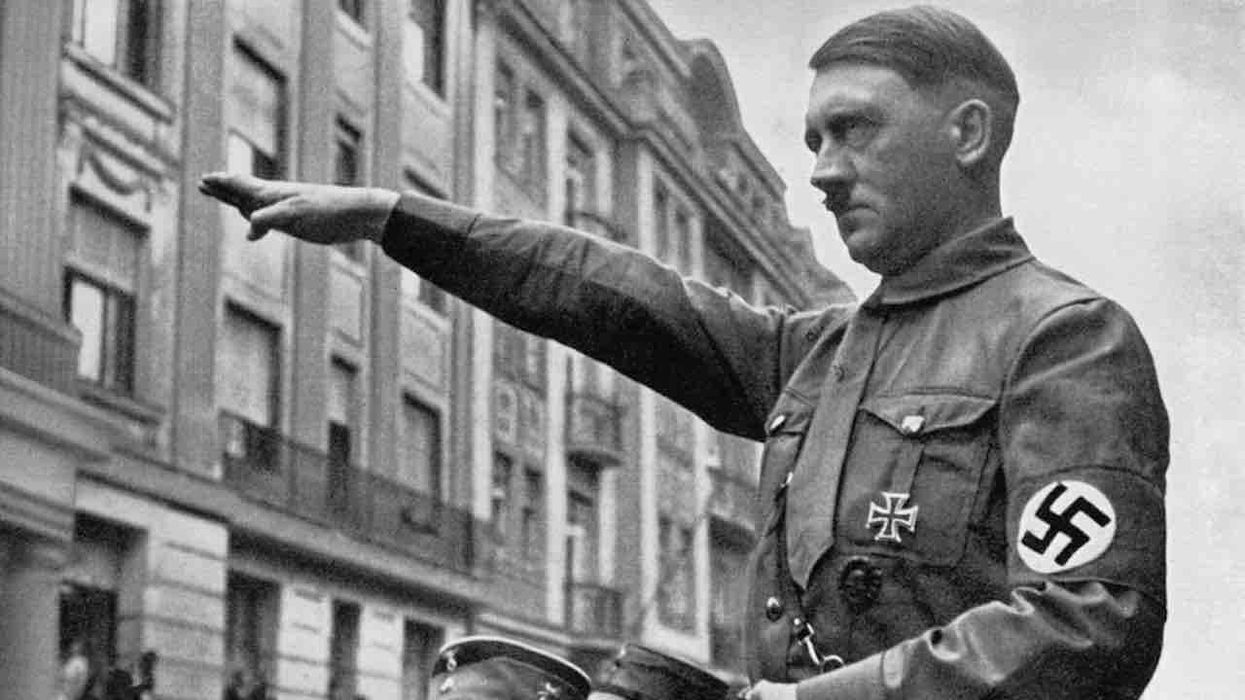 A New Jersey fifth grader’s Adolf Hitler biography — written as if the Nazi dictator penned it — stated “I was very popular” and asked “I was pretty great, wasn’t I?” NorthJersey.com reported.

And it also hung in Maugham Elementary School for weeks, the outlet said, which shocked Tenafly residents.

What’s more, NorthJersey.com — citing a parent of another student — reported that the assignment also included the student who wrote the bio dressed as Hitler.

The outlet said the one-page bio was displayed in a school hallway alongside reports from other students starting in April, according to Lori Birk, who posted an image of the report in question on Facebook.

The student’s Hitler bio also read, “My greatest accomplishment was uniting a great mass of German and Austrian people behind me.” NorthJersey.com said it also read, “I was very popular and many people followed me until I died. My belif [sic] in antisemitism drove me to kill more than 6 million Jews.”

Birk also wrote that the student “dressed as Hitler while delivering the … project to the entire class.”

This is ignorance, antisemitism, and hatred taught at a fifth grade level,” Birk added on her Facebook post. “Shame on the parents who helped their child dress as Hitler and the teacher who has approved such hatred.”

What did the school district have to say?

According to the outlet, Tenafly Schools Superintendent Shauna DeMarco said she learned Friday of “a serious matter involving a school project completed recently on Adolf Hitler.”

“I have requested that all associated information related to this project be provided to me,” DeMarco wrote to parents and staff, NorthJersey.com reported. “Once I receive and review the full information, I will determine any further action that should be taken.”

She wouldn’t offer more information Monday as it could compromise “the integrity of the investigation, the rights of those involved and any responsive actions that may be required,” the outlet said.

DeMarco did say, however, that the investigation will resume Tuesday and be “concluded as swiftly as possible,” NorthJersey.com reported.

‘Up for at least two weeks’

Birk told the outlet she got her information from the parent of another Maugham fifth-grader from a different class but who “still had to walk down the hall and see it.”

Birk also told NorthJersey.com that the parent said the assignment was part of a teacher-approved “character development” project for the entire class — and that objections to the Hitler bio hanging in the hallway were raised in April.

“It was up for at least two weeks,” she added to the outlet.

Birk’s Facebook post also elicited outrage-filled comments. “This is insane,” one person wrote, capturing the mood of many observers. “If someone had chosen Osama Bin Laden would that have been acceptable? There’s nothing to look into here. This child, his/her parents, and the teachers involved should all be reprimanded in some way. This child and his/her parents should have to watch testimonies of holocaust survivors and footage of the concentration camps and write a follow report on the atrocities of Hitler and the Holocaust. And the teachers involved have no excuse — they should be fired.”