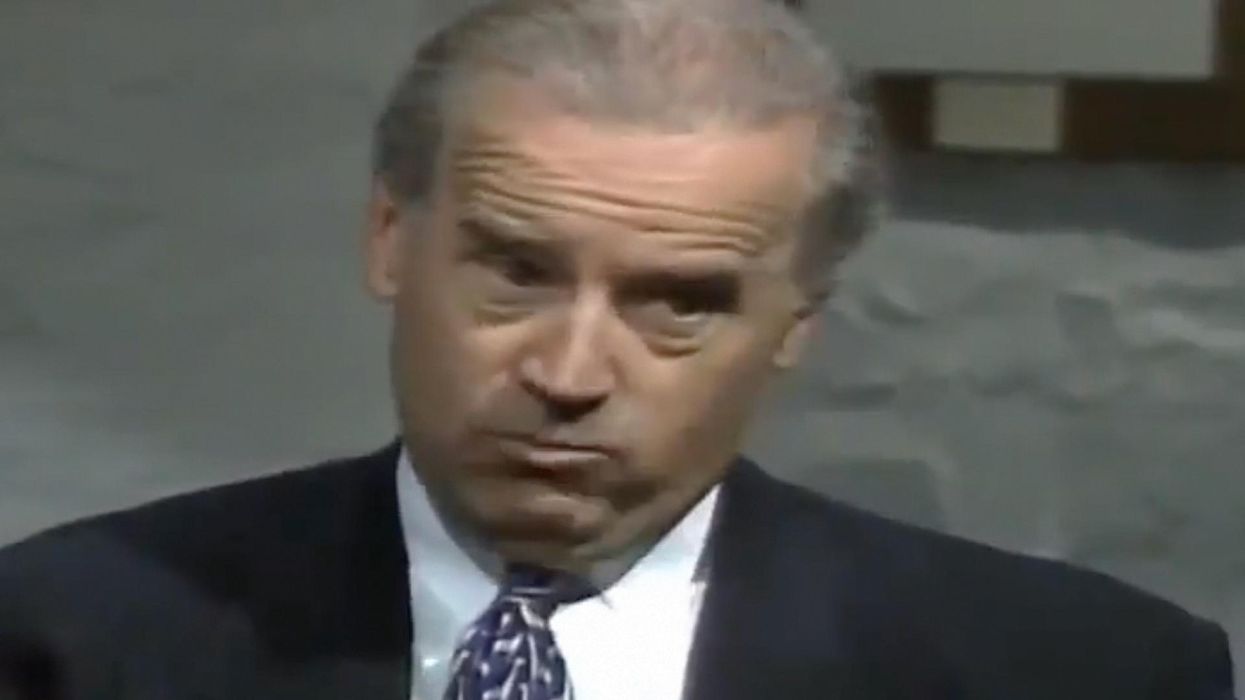 The video featured Biden saying that Haiti doesn’t matter, according to Newsweek.

On Wednesday, the White House said that the assassination was “horrific [and] tragic” and pledged to assist Haiti however possible.

In the 1994 interview, Biden — a Delaware senator — spoke with former PBS host Charlie Rose and former Rep. Michael Castle (R-Del.) about whether former President Bill Clinton would decide to invade Haiti following the 1991 coup of former Haiti President Jean-Bertrand Aristide if Congress gave the power to do so.

“If you don’t give him that authority, doesn’t that weaken the president in the eyes of the world and in terms of whether the United States can be counted on to act?” Rose asked both Biden and Castle.

Biden responded, “Charlie, it doesn’t matter much any more. The truth of the matter is, no one doubts our power. We don’t have a superpower arrangement where we are in — where there’s any power in the world that — the president of the United States could be turned down tomorrow on almost anything, and no nation in the world is going to say, ‘Aha, the United States is weak.’ No one is going to fool around with the 800-pound gorilla.”

He continued, “So this notion, it used to be though if, when you had a situation where you had two competing superpowers, and we fail to enter into a circumstance where there was a third, quote ‘third world’ country where there was a competition for control of that country and a competition for them being in one camp or the other, then, it had consequences that were real.”

“If Haiti, a God awful thing to say, if Haiti just quietly sunk into the Caribbean or rose up 300 feet, it wouldn’t matter a whole lot in terms of our interest,” he said.

Sana Saeed, host and senior producer at AJ+, tweeted the video of Biden’s 1994 remarks on Wednesday afternoon and captioned it, “This is one of the most asinine things I’ve heard this man say — and there’s been quite a bit of it.”

At the time of this reporting, Saeed’s video has been viewed more than 225,000 times.

This is one of the most asinine things I’ve heard this man say – and there’s been quite a bit of it. https://t.co/s5RmWt8ph3

Saeed later added, “FWIW — the fuller context of the clip does not, in anyway, make this better. He’s responding to the accusation of the US not caring about Haiti, vs Bosnia, bc of Haiti’s Black population – his point is that Haiti’s existence doesn’t impact US interests.”

“[A]lso interesting that senator Biden would say that it wouldn’t matter to US interests when the US has occupied, meddled and intervened in Haiti throughout its history,” she added.

FWIW – the fuller context of the clip does not, in anyway, make this better. He’s responding to the accusation of t… https://t.co/5hsknybbzC

VIDEO: Florida man tears into school board over ‘equity’ and inclusivity mission: ‘Your only job is education, not indoctrination!