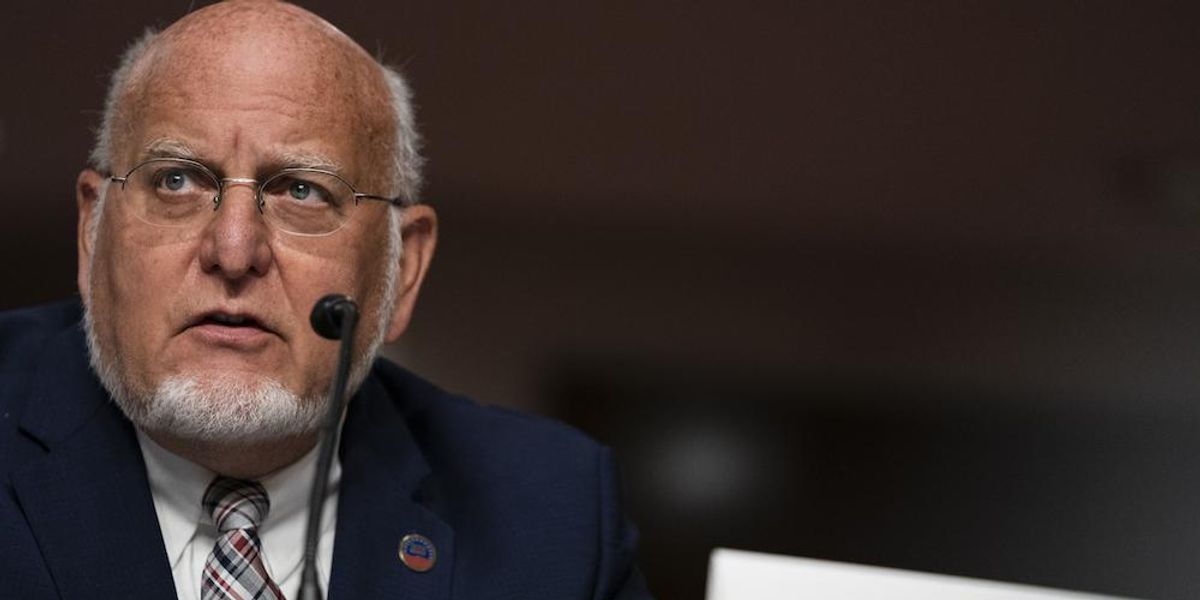 Instead of toeing the line on the animal-to-human transmission of the virus, Redfield went on record in an interview with CNN that he believes the coronavirus pandemic began in when the virus escaped from a laboratory in Wuhan, China — and that it started months earlier than the U.S. knew.

His betrayal, according to a new report from Vanity Fair, led to multiple death threats to the former CDC chief — from his fellow scientists.

What did Redfield say about the labs?

In an interview with CNN’s Sanjay Gupta on March 26, Redfield said it was his opinion that the novel coronavirus did not evolve naturally from animal to human but instead escaped a well-known pathology lab, the Wuhan Institute of Virology.

The WIV houses “the only facility in China permitted to handle the most dangerous known pathogens, including the Ebola and Lassa viruses,” Axios reported in April 2020, and is “home to the Chinese scientists who sequenced the complete novel coronavirus genome in early January [2020] and who are now working on a vaccine.”

“I’m of the point of view that I still think the most likely etiology of this pathology in Wuhan was from a laboratory — escaped,” Redfield told CNN. “Other people don’t believe that. That’s fine. Science will eventually figure it out.

“It’s not unusual for respiratory pathogens that are being worked on in a laboratory to infect the laboratory worker,” he said. “That’s not implying any intentionality.”

Redfield noted, “It’s my opinion, right? But I am a virologist. I have spent my life in virology.”

Other so-called experts, including officials with the World Health Organization, have maintained that the virus actually is a mutation from a virus that infects animals and that it emerged from a wet market near the WIV. They’ve also claimed that it is “extremely unlikely” that the virus came from the Wuhan lab.

Redfield disagrees. He told CNN, “I do not believe this somehow came from a bat to a human and at that moment in time, that the virus came to the human, became one of the most infectious viruses that we know in humanity for human-to-human transmission.”

He added, “I just don’t think this makes biological sense.”

Though the U.S. government’s line has been that the coronavirus was first detected in Wuhan in December 2019, Redfield told CNN that he believes the virus was making its way around Wuhan as early as September 2019.

What’s this about death threats?

An exposé by Katherine Eban on the lab-leak theory published Thursday by Vanity Fair examined the ongoing debate about the source of the virus. In it, the outlet laid out Redfield’s long-held suspicion of WIV’s role in the pandemic.

According to Eban, Redfield offered to help China’s own CDC director, Dr. George Fu Gao, immediately after receiving Gao’s call on Jan. 3, 2020, about “a mysterious new pneumonia, apparently limited to people exposed at a market in Wuhan.”

After seeing the data breakdown of the early cases from China, “Redfield immediately thought of the Wuhan Institute of Virology,” Eban reported.

He wanted to test WIV researchers for antibodies, Eban said, and he offered to help. But Chinese officials didn’t take him up on his offer. Which, when coupled with his deep understanding of the “yearslong battle over gain-of-function research” at the lab, led the then-CDC chief to suspect WIV.

Redfield told Eban that following the CNN interview in which he finally made his thoughts on the lab-leak theory public, death threats “flooded his inbox.”

And they came from more than just those who would accuse him of being racially insensitive: Redfield’s fellow scientists were threatening his life and his livelihood.

According to Eban, the messages came “from prominent scientists, some of whom used to be his friends.”

“I was threatened and ostracized because I proposed another hypothesis,” he told Vanity Fair. “I expected it from politicians. I didn’t expect it from science.”

Dan Rather rips fellow leftist Jon Stewart’s ‘dangerous’ assertion that COVID-19 came from Wuhan lab: ‘Playing into the trope of the mad scientist’