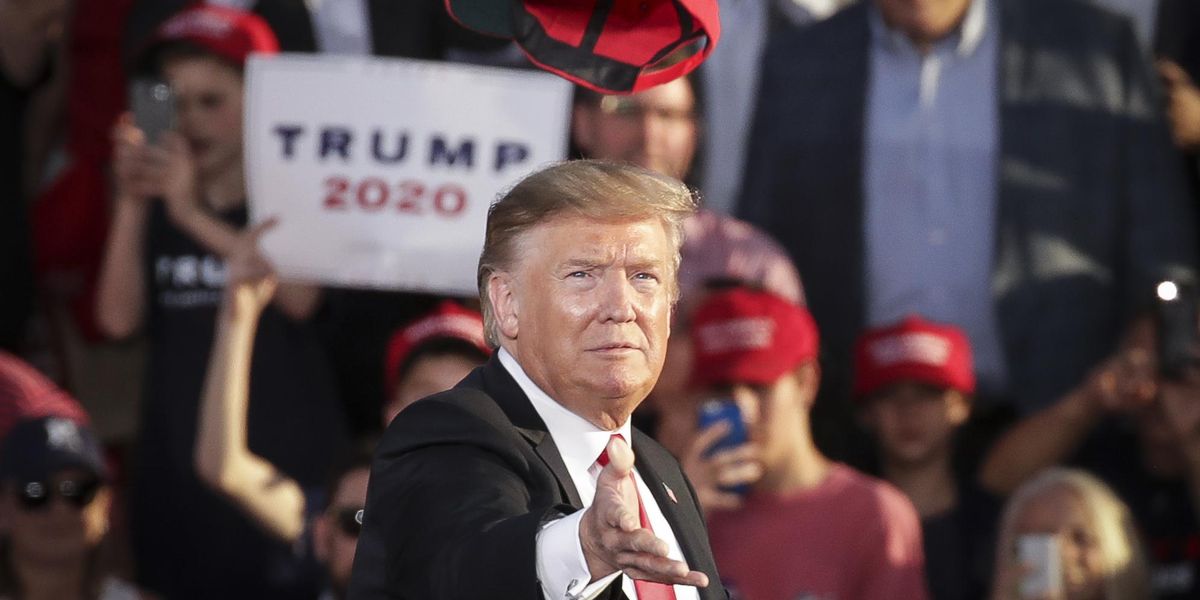 Former President Donald Trump is reportedly
discussing the resumption of his Make America Great Again rallies as he allegedly mulls over a 2024 presidential bid.

On Wednesday,
CNN reported that the former president may also hold events to support candidates challenging Republicans who have criticized him, including Sen. Lisa Murkowski (R-Alaska) and more.

A source purporting to be a Trump aide told CNN that the rallies would “definitely be different in terms of the setup,” due to COVID-19, but that the team “will probably use a lot of those same vendors again.”

The source also added that the former president may resume his rallies beginning in May.

Recently, Trump has initiated discussions about resuming the signature MAGA rallies that fortified his nascent political movement in 2016 and continued throughout his presidency. While he has vowed to travel to Alaska to campaign against Murkowski and is said to be interested in hosting campaign events for some of the candidates he’s already endorsed, aides said the logistics are still being worked out but that he could resume rallies as early as May.

“It will definitely be different in terms of the setup, but we got really good at planning these events in 2020, so we will probably use a lot of those same vendors again,” said the person close to Trump’s post-White House operation.

During a Wednesday interview with Dan Bongino, Trump said that he plans to get back on the rally circuit “soon.”

“I never tell you this in person, but we need a Trump rally. Can you throw one soon, just for fun?” Bongino asked.

Trump responded, “We’ll do one soon. They love the rallies. We did 56 rallies and we never had an empty slot or seat.”

He also added that the rallies during his 2020 campaign “averaged 25,000 people” per rally.

According to Newsmax, Trump also discussed the integrity of the 2020 presidential election.

“We had a corrupt election,” Trump insisted. “We had corrupt [ballot] counters. The counters were more important than the candidate.”

The former president added that if he runs for president once more in 2024, he would run to win and said that the best time to announce such a run would be following the 2022 midterm elections.

“I could do it sooner, but I think right after the [2022] election would be good, especially if you have a good election,” he said.