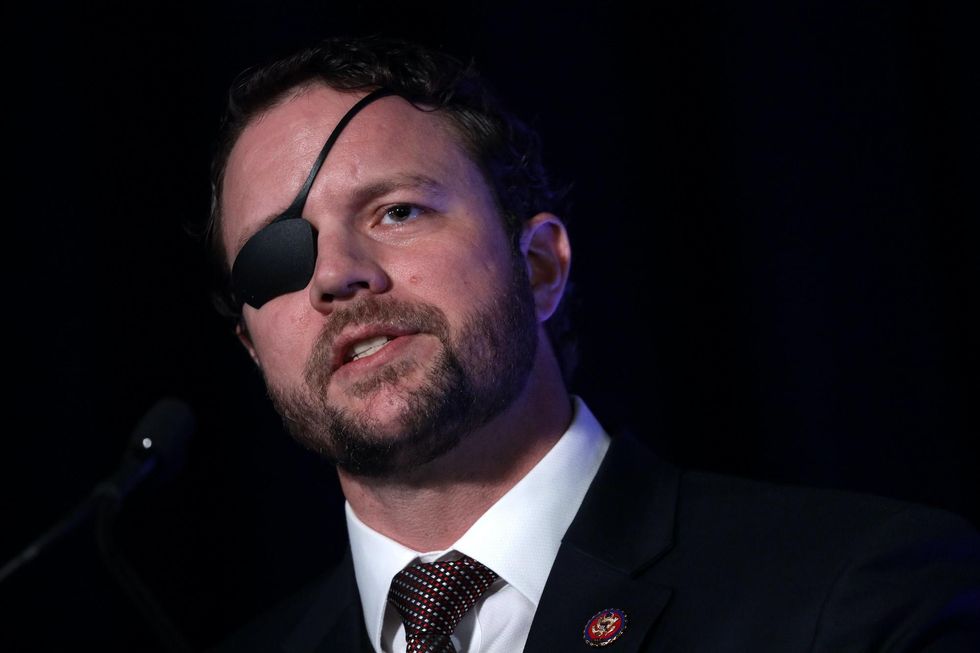 Republican Rep. Dan Crenshaw of Texas drafted a refutation of what he said were “leftists” on social media mocking his state for the massive electric grid failure in the face of a historically brutal snow storm.

Crenshaw addressed the mockery made by some who blamed the infrastructure failure on Republican policies.

“With blackouts across Texas, many are wondering: what happened? Leftists are cheering a ‘red state’ having energy problems. Here’s the truth about what happened,” Crenshaw tweeted.

With blackouts across Texas, many are wondering: what happened?

Leftists are cheering a “red state” having energ… https://t.co/3oH7sTvncJ

“A mix of over-subsidized wind energy and under-investment in gas power means we didn’t have enough base load energy for a massive spike in demand. Also, Texas infrastructure isn’t designed for once-in-a-century freezes,” he explained.

Crenshaw said that power regulators had planned on energy coming in from wind turbines in West Texas, but they had frozen under the extreme weather conditions. Making matters worse, the batteries that were supposed to store energy were losing 60% of their efficacy because of the cold.

To make matters worse, existing storage of wind energy in batteries was also gone, because batteries were losing 60% of their energy in the cold.

Crenshaw said that four existing nuclear power plants near Houston and Dallas were also knocked out because of the unexpected cold. “On another note, this shows how safe nuclear is. Lots of safety precautions,” he added in a parenthetical.

“Gov. Abbott made the right call in diverting all natural gas to home heating fuel and then electricity for homes. Gas and coal brought a stable supply of energy, but still not enough,” said Crenshaw.

Bottom line: fossil fuels are the only thing that saved us. They are *base load* energy.

If we were even *more* reliant on the wind turbines that froze, the outages would have been much worse.
— Dan Crenshaw (@DanCrenshawTX) February 16, 2021

Crenshaw concluded that the energy disaster proved that the state would need to rely on fossil fuels in the future and not renewable energy sources.

“Bottom line: fossil fuels are the only thing that saved us. They are *base load* energy. If we were even *more* reliant on the wind turbines that froze, the outages would have been much worse,” he said.

Crenshaw might have been responding to his detractors who drudged up an old tweet from his timeline where he mocked Democratic energy policies for the rolling blackouts in California. As a result, “Dan Crenshaw” was trending nationally on Tuesday.

Millions of Texans were left without electricity in frigid temperatures from the massive snow storm afflicting the greater region. Officials reported 5 fatalities so far from the storm on Tuesday.

Crenshaw added that he and his colleagues in Texas would work on getting to the bottom of what caused the disaster.

Here’s more about the snow disaster in Texas: