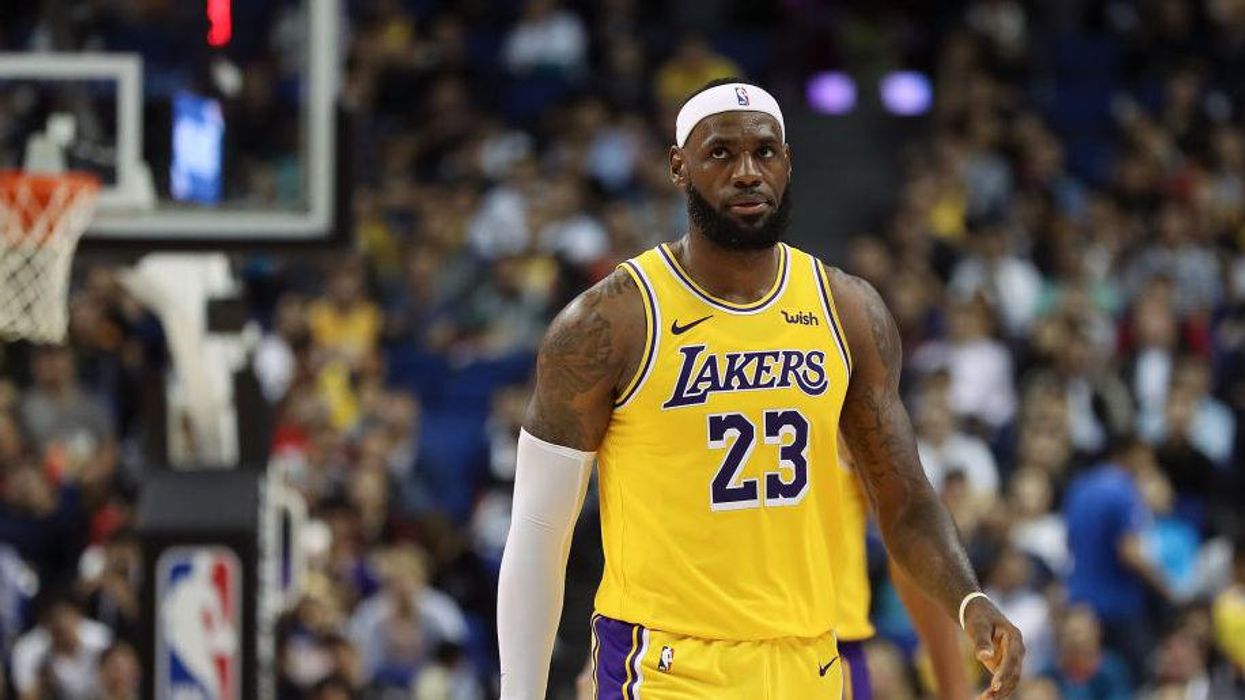 James incited a tsunami of backlash on Wednesday when he tweeted, and then deleted, a photo of a Columbus police officer involved in the Bryant incident, with a caption that said, “YOUR’E NEXT #accountability.”

James was immediately blasted for suggesting police were wrong to defend the other girl in the Bryant incident who likely would have become a stabbing victim had police not acted.

Multiple video angles of the incident have since surfaced, contradicting the narrative that spread in the initial hours after Bryant’s death. The video showed Bryant with a knife attempting to stab another person when an officer opened fire on Bryant, stopping the attack and killing her. “We know, based on this footage, the officer took action to protect another young girl in our community,” Columbus Mayor Andrew Ginther said.

What did Wiley say?

Speaking on FS1’s “Speak For Yourself,” Wiley, himself a former NFL player, blasted James for being “irresponsible.”

“Dog, you can’t do this,” Wiley said. “You can’t be that irresponsible if you’re LeBron James because you have that much power, and we all know when you get that type of power that responsibility comes with it.”

Wiley said James demonstrated he wanted “to be first — not right,” explaining James should have “passed in this moment.”

“Emotions can’t trump logic, and that’s what’s happening,” Wiley said. “Your agenda can’t go before your acumen. You can’t pander before your principles.”

Wiley praised James for his charitable contributions and for having a “big heart,” but added, “I don’t care how smart you are if you don’t stop and think… LeBron James — he failed in that moment.”

Wiley went on to criticize James for tweets alleging America is a “broken system.” Wiley said, “The same system that is so broken, it allows you to become a billionaire and never get arrested in it — but the system is broken?” According to Wiley, James should be telling the story of “somebody who has made it … I would love to hear that story of how you became LeBron James against all odds instead of always professing the odds are against all people.”

“You gotta look before you leap — LeBron just leaped in this one because he knew his followers would catch him,” Wiley continued.

Wiley said that, ultimately, “irresponsibility that shows in the micro makes me say be responsible about the macro.”

“Like, dog, 250 black people [are] killed by police every year, that’s 250 too many people. But in the macro-sense, there are 7,500 homicides to black people every year as well. I’m not saying LeBron you got that put the focus on that, fully, but let’s be responsible,” Wiley said. “There’s 7,500 in totality that never get the discussion because the people with the platform are not highlighting that.”