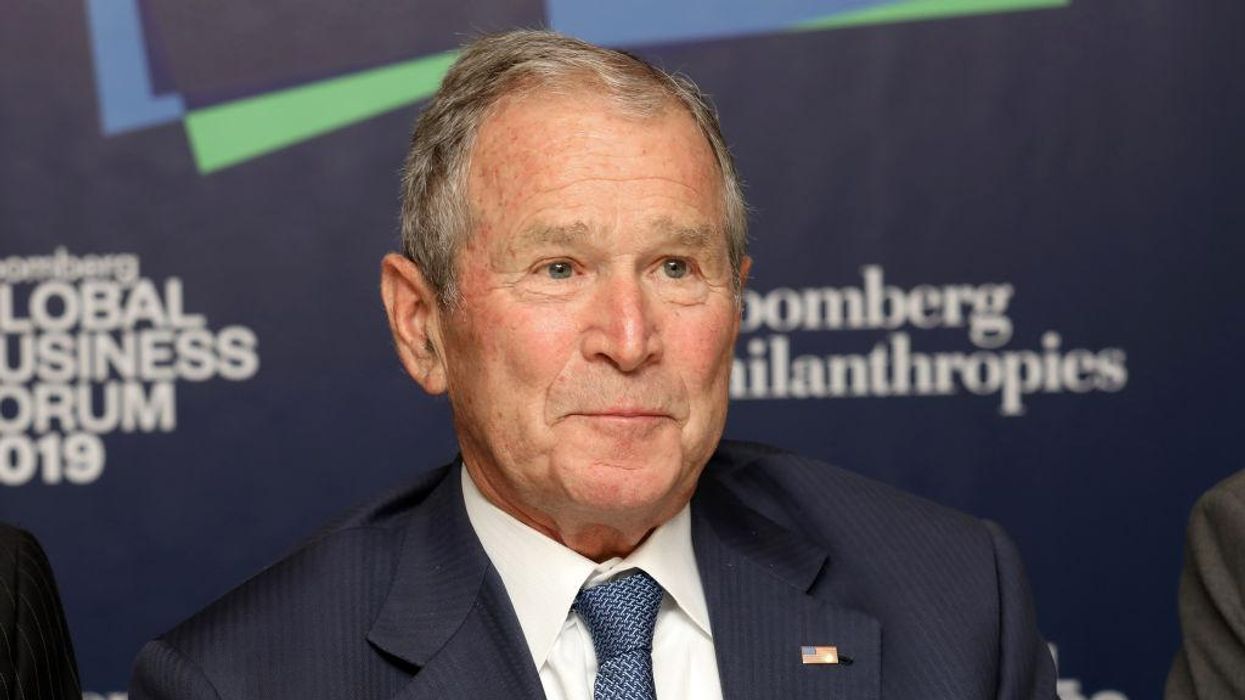 Former President George W. Bush walked back his recent comments characterizing the present Republican Party as “nativist,” suggesting that he “painted with too broad a bush.”

In an appearance on NBC’s “Today” earlier this week, Bush was asked to describe the Republican Party today.

“I would describe it as isolationist, protectionist, and to a certain extent nativist,” the former president said. “That’s not exactly my vision, but you know what, I’m just an old guy they put out to pasture.”

But in an interview with People, he clarified his remarks, saying, “Really what I should have said — there’s loud voices who are isolationists, protectionists and nativists, something, by the way, I talked about when I was president.”

“My concerns [are] about those -isms,” he continued, “but I painted with too broad a brush … because by saying what I said, it excluded a lot of Republicans who believe we can fix the problem.”

President Bush is on tour to promote his forthcoming book, “Out of Many, One: Portraits of America’s Immigrants.” The book features a collection of his artwork — paintings of immigrants to America — and tells the stories of those immigrants in the hope that Americans will be inspired to be compassionate towards those seeking refute in this country.

He told People that immigration reform can begin with the Deferred Action for Childhood Arrivals, a policy enacted by President Barack Obama via executive order that permits migrants brought to the U.S. illegally as minors to be granted a renewable two-year period of relief from deportation and be eligible for a work permit.

DACA recipients have been labeled “Dreamers” by the media, and President Joe Biden has pledged to make DACA amnesty permanent after former President Donald Trump tried unsuccessfully to end the program.

One of the subjects of Bush’s paintings is Carlos Mendez, a DACA recipient.

“I put a DACA student in there because I wanted to just remind Americans that these DACA kids came over when they were… this kid came over when he’s 4 years old,” Bush said. “He has no home to go back to. And he’s a contributing member of our society, he’s an engineer and he’s smart and he’s capable.”

On the subject of immigration reform, Bush acknowledged that he himself and even Presidents Bill Clinton and Obama, like President Trump, attempted to build a physical barrier on the southern border to stem the flow of illegal immigration.

“I built a lot of wall myself, as did Clinton, as did Obama, and the reason why is the American people expect our laws to be upheld,” he said. “But I also believe there’s a compassionate way of doing it.”

He added: “The truth of the matter is: A wall won’t work unless there’s comprehensive reform, like work visas, asylum system fixed, and Border Patrol agents focused on their job. And so there needs to be an all-the-above approach to securing the border and we’ll see.”