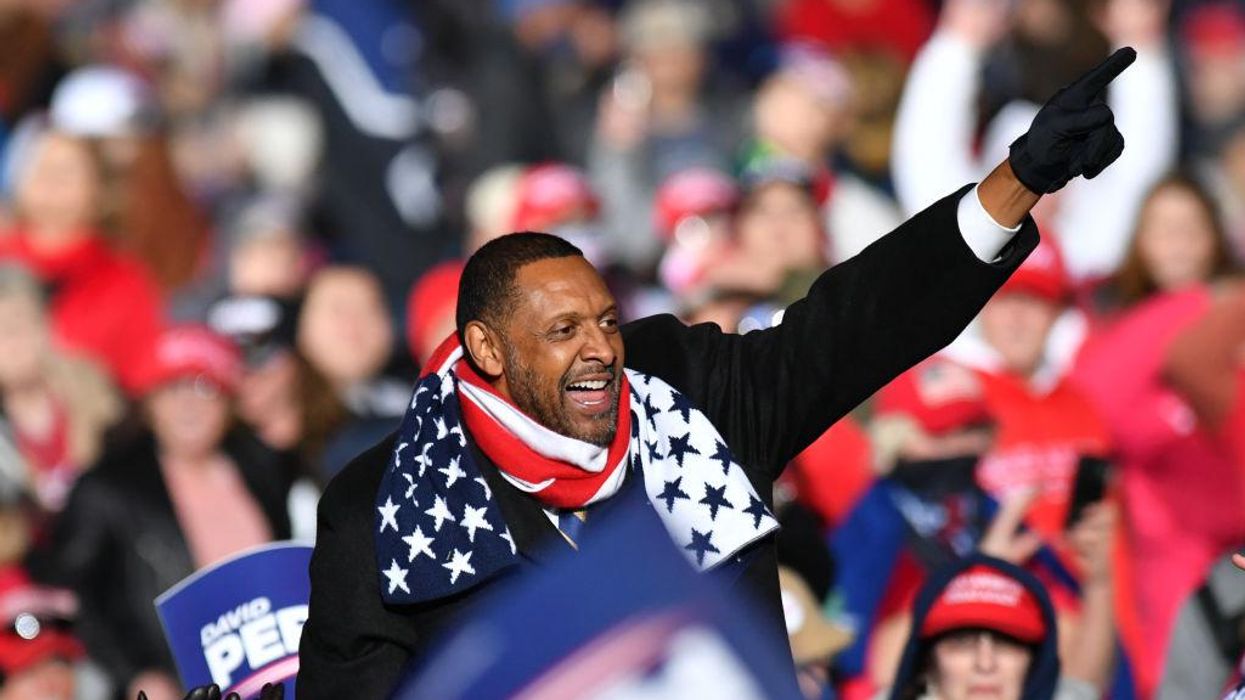 “Lifelong Democrat” and Georgia state Rep. Vernon Jones is no longer a Democrat.

The Trump-supporting state lawmaker and former chief executive officer for DeKalb County announced on Wednesday that he is officially leaving the Democratic Party and joining the GOP.

Moments ago, I announced that I am officially joining the Republican Party.

Now more than ever, the Republican Pa… https://t.co/QXucxpzFps

Jones earned national attention last April when, as a Democrat, he endorsed President Donald Trump for re-election, saying that Trump’s handling of the economy and his support for criminal justice reform had earned his support. Since then he’s campaigned for Republicans in Georgia, including Sens. Kelly Loeffler and David Perdue, and attracted scorn and derision from the left.

In recent interviews, he’s said that the Republican Party needs to improve its outreach to black voters.

“But I did not see a significant effort for the African-American community in terms of voter get out for the Republican candidates,” he added. “They have not learned that yet. [Sen. Kelly] Loeffler nor [Sen. David] Perdue put together a real stiff team to go after the African American vote.”

The runoff special election in Georgia was called late Tuesday evening for Democratic candidate Rev. Raphael Warnock, who unseated Loeffler, the Republican appointed to fill the vacancy left by retiring Sen. Jonny Isakson (R-Ga.). Warnock will now serve the remainder of that term until 2022. The other race for U.S. Senate in Georgia remains too close to call, but Democratic candidate Jon Ossoff leads incumbent Republican Perdue and appears likely to claim victory as well.

Jones told Newsmax TV that the Democrats were effective because they were unified while Republicans were divided.

“Georgia’s still a red state, it’s not a blue state,” he said. “What you’ve seen happen is you’ve seen the Democrats more organized and run as a pack. We have not seen that on the Republican side.

“You and I and others know there has been a split with the leadership of the Republicans, including with the president.”

In the lead up to the runoff elections, President Trump repeatedly clashed with Republican officials in Georgia, accusing Gov. Brian Kemp and Secretary of State Brad Raffensperger of taking insufficient action to prove that widespread voter fraud occurred in the presidential election, which Trump lost to President-elect Joe Biden. Georgia’s GOP officials have insisted that they’ve thoroughly investigated the president’s and others’ allegations of fraud and that the data shows widespread voter fraud on the scale that could change the results of the election did not happen. Trump has in turn responded by calling for primary challenges of Georgia state officials who could not or would not comply with his demands, dividing Georgia Republicans as the election approached.

Faced with Tuesday’s apparent losses, Jones said that moving forward, Republicans need to support each other.

“[Monday] night at the president’s rally, I actually only saw two statewide officers there, and that was Kelly Loeffler and [State Rep.] Bubba McDonald, who’s in a runoff himself, that should tell you a lot,” Jones said. “But I believe what they have done is awaken a sleeping giant. The Republicans got comfortable and the Democrats, they were more eager in this election than the Republicans.”

Trump blasts McConnell in new speech over his refusal to defend Trump after election: ‘Dumb son of a b***h’