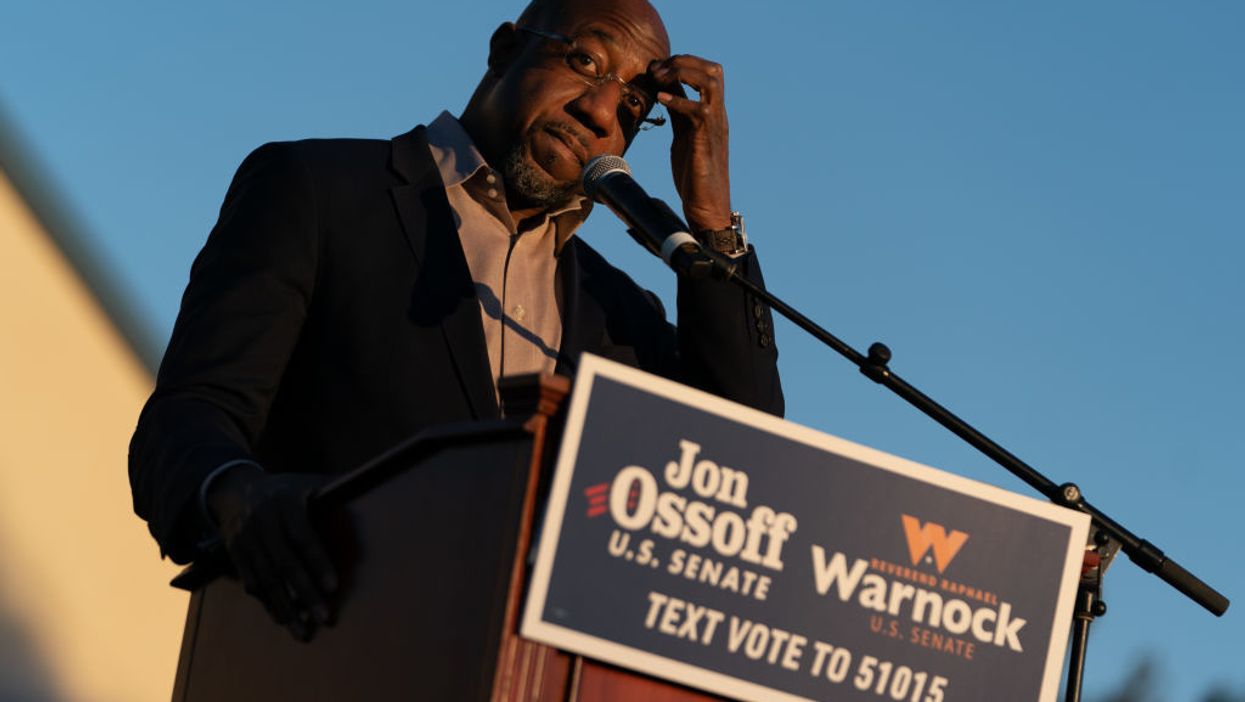 Georgia Democratic Senate candidate Rev. Raphael Warnock was lambasted by veterans and Republicans this week over comments he made in a 2011 sermon saying Americans cannot serve both God and the military.

Warnock, who serves as the senior pastor of Ebenezer Baptist Church in Atlanta, made the remarks
during a sermon titled, “When Truth Meets Power.” The sermon paraphrased Matthew 6:24, which states, “No one can serve two masters, for either he will hate the one and love the other, or he will be devoted to the one and despise the other. You cannot serve God and money.”

Warnock, 51, is a civil rights activist. His position at Ebenezer Baptist Church was once held by Martin Luther King Jr.

She was
joined by other Republicans including Sen. Tom Cotton (R-Ark.), a combat veteran who served in the U.S. Army in Iraq and Afghanistan. He said Warnock’s sermon was “an insult to everyone who served” and called on him to withdraw from the race.

This is an insult to everyone who served.

More than four dozen Georgia veterans also called on Warnock to suspend his campaign in a statement reported by Fox News.

“Raphael Warnock’s comments about military men and women are despicable and flat-out wrong,” the veterans said. “Here in Georgia, true leaders recognize the service and sacrifice of all who have courageously defended our nation’s freedom.”

They continued, saying it’s “sad to see Raphael Warnock is more interested in insulting and condemning our military than in building communities that support and protect them.”

“We stand together in calling on Raphael Warnock to drop out immediately, and we remain grateful to those who honor our fellow men and women in uniform—and our Creator,” they said.

A spokesman for the Warnock campaign told Fox News that Loeffler and other Republicans were taking Warnock’s sermon out of context.

“This sermon is based on a biblical verse that reads ‘No man can serve two masters… Ye cannot serve God and mammon,’ a biblical term for wealth,” campaign communications director Terrence Clark said. “Reverend Warnock was speaking about the need to commit to moral life before pursuing other priorities. As the video of the congregation’s response makes clear, this is another blatant effort by Kelly Loeffler to take Reverend Warnock’s words completely out of context. Given her own decision to spend her first days in the U.S. Senate profiting off the pandemic, perhaps she should watch the sermon more closely.”

I am glad that Senator @KLoeffler is listening to my sermons. One of my favorite sermons is entitled ‘Love your nei… https://t.co/nmOwt2W4TY

Dr. Fauci insists that now is not the time to ease COVID-19 restrictions despite...

Us marshals March 5, 2021
0
A monthslong, multi-agency operation has recovered 150 missing and endangered children in Tennessee. The recovery of the rescued children was announced Wednesday during a...

Dr. Fauci insists that now is not the time to ease...

Feds throw out over a third of cases stemming from violent...