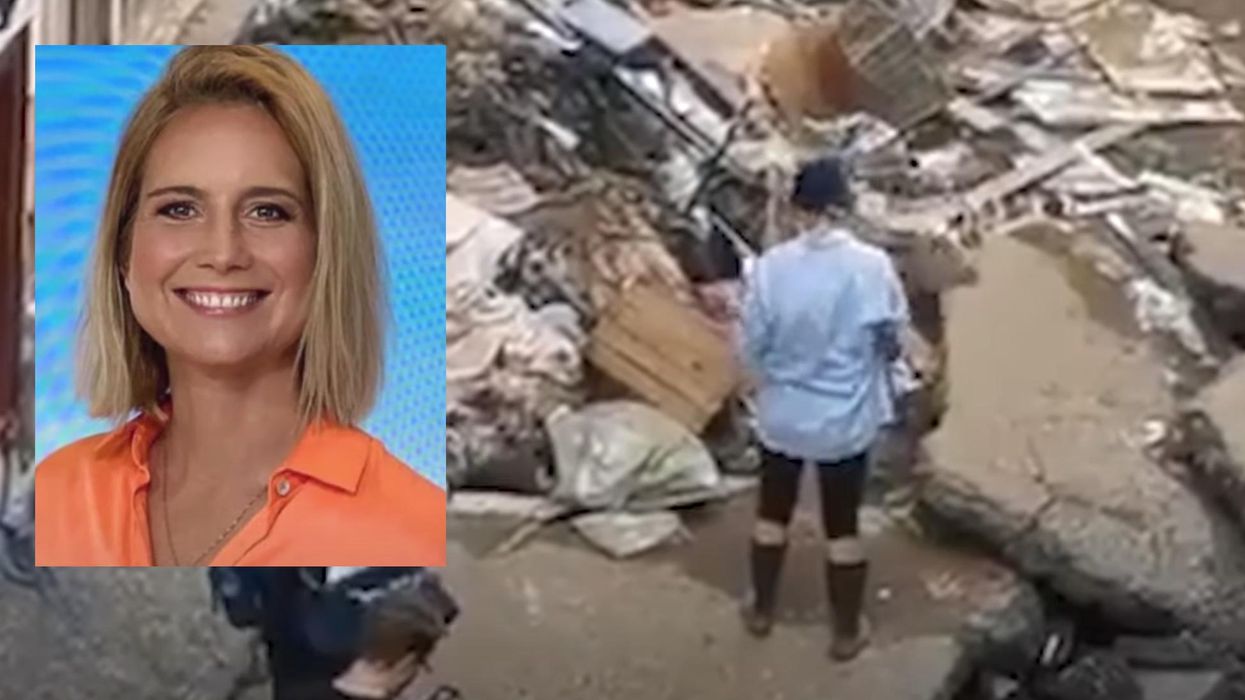 A German reporter was widely mocked and ridiculed when a video appeared to show her smearing her face with mud in order to make it look like she was participating in relief efforts for flood victims.

Susanna Ohlen, 39, was suspended by RTL for faking her muddy appearance after a bystander recorded her applying the mud and posted the video online.

Ohlen was reporting from Bad Münstereifel in North Rhine-Westphalia about the record rainfall that resulted in destructive flooding and numerous deaths.

Ohlen said in a statement later that she felt ashamed to be reporting from the flood scene in pristine clothing. She apologized for her actions.

RTL also deleted the video of her on-scene report that shows her holding a spade and wearing thick gloves while asking for the public to help with the cleaning effort in the region.

The historic floods destroying parts of Germany have also effected the Netherlands, Switzerland, and Luxembourg.

The flooding in Europe has cost more than 200 lives and caused billions in damage. German officials say there are 158 more people missing and unaccounted for. Entire towns in Germany have been inundated by water. One German weather expert told CNN that Germany “not seen this much rainfall in 100 years,” but that more rain was in the forecast.

German chancellor Angela Merkel called the destruction “surreal” and added, “I can almost say that the German language doesn’t have words for the devastation.”