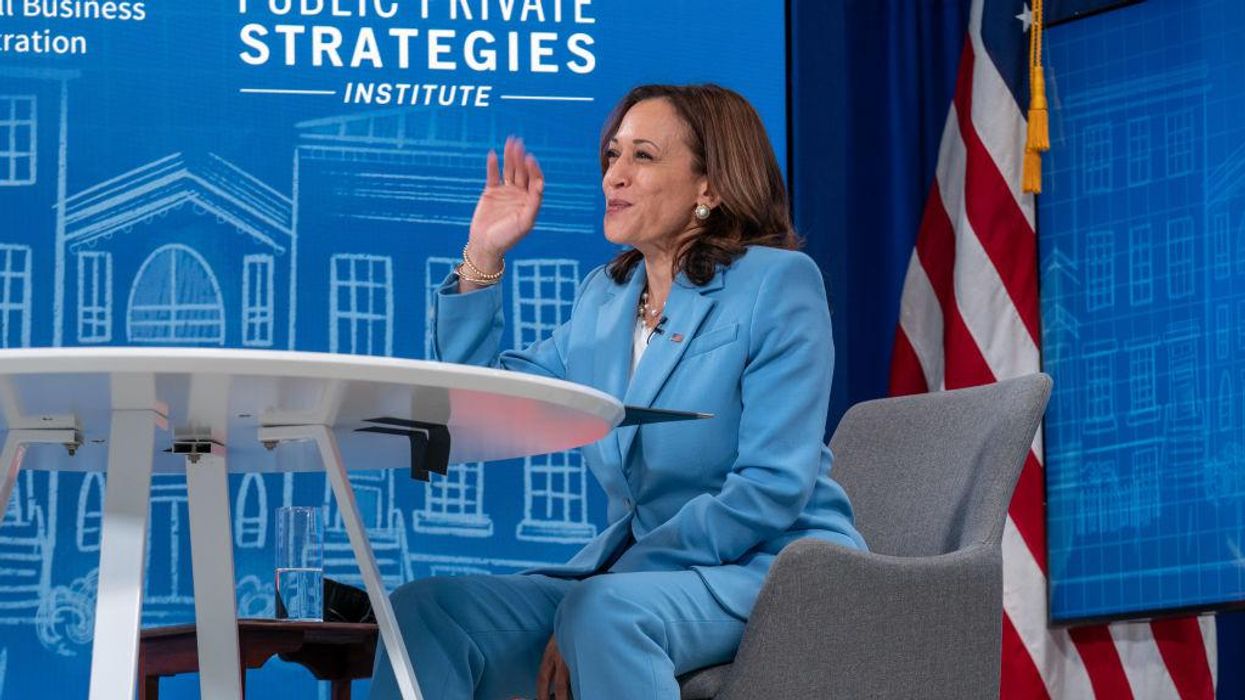 A Republican congressman from Louisiana questioned if Vice President Kamala Harris was joking by revealing a plan to solve the illegal immigration crisis at the U.S.-Mexico border through engagement with Central American countries instead of border security.

Harris’ plan, revealed Thursday, laid out a five-point general strategy to address the “root causes” of illegal immigration. The plan does not have a timeline and does not include specific policies. Instead, it calls for using “diplomacy, foreign assistance, public diplomacy, and sanctions” to “establish a fair, orderly, and humane immigration system.”

“We’re scratching our heads here on Capitol Hill,” Johnson said. “It’s hard to believe that she wants to focus on things that she said on her list, you know, economic issues and ‘advance the rule of law’ she says; she wants to combat violent crime in Central American countries? I mean, is this some sort of a joke?”

“Of course, those are noble goals, but this administration has created those very crises here in the United States,” he added.

The Biden administration has sought to portray the illegal immigration crisis as a humanitarian and global issue, rather than one of crime at the border. Harris’ strategy document emphasizes the “push” factors of migration, including natural disasters in Central America, poverty, hunger, and gang violence, each of which contributes to people leaving their homes in search of a better life in America.

“In Central America, the root causes of migration run deep — and migration from the region has a direct impact on the United States,” the vice president said. “For that reason, our nation must consistently engage with the region to address the hardships that cause people to leave Central America and come to our border.”

“It seems very much to us like this administration cares more about people who are not Americans than those who are,” Johnson said, echoing comments from Texas Gov. Greg Abbott (R) on the Biden administration’s focus.

The combination of push and pull factors has led to record surges of illegal immigration since Biden took office. This last fiscal year, more than 1 million illegal aliens have been apprehended by border agents. The sheer number of migrants arriving creates problems for immigration enforcement agencies, which have to find somewhere for all of these people to stay, and the problem is complicated by COVID-19 spreading, gang activity and violent crimes, children who appear without parents or guardians, and American communities that feel overrun.

Tens of thousands of these migrants have been released after apprehension without being given a date to appear in court to have their asylum claims processed. Many of these people disappear into the U.S. without reporting to Immigration and Customs Enforcement or showing up for those court dates as they were told. Some are just trying to make a better life for themselves. Others go on to commit crimes in the U.S. that would have been prevented if the border were secured.

“We have an unprecedented, unmitigated disaster at the border,” Johnson said. “It’s beyond a crisis now. It’s a humanitarian, health, national security issue that we are going to be hard-pressed to get our arms around if the administration does not step up immediately and help us fix this problem.”

The Republican lawmaker squarely blamed Biden for contributing to the border crisis by reversing many of former President Donald Trump’s immigration policies.

“Yes, there are problems in Central America, all around the world,” he said. “And we’re the most benevolent nation in the world, by far it’s not even close. But we’ll never be able to do that unless we can maintain first our own security and sovereignty and that’s what securing the border is about.

“This administration is ignoring it and focusing on problems elsewhere in the world, it makes no sense.”