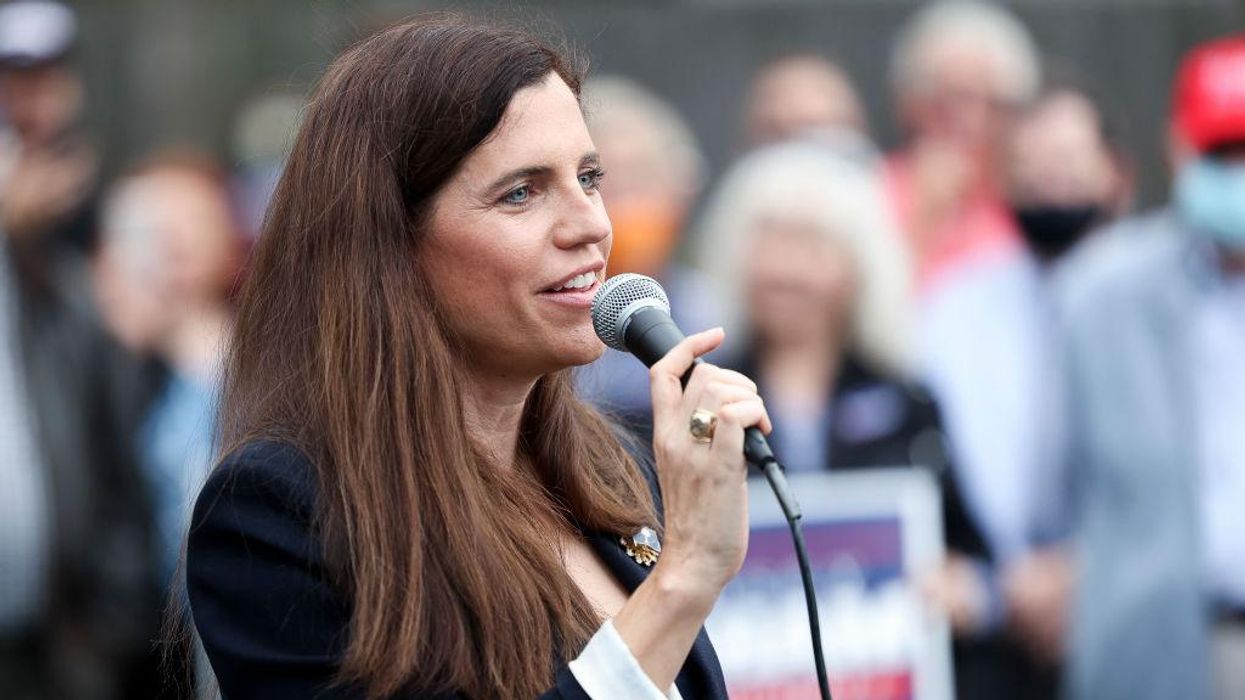 Police in Charleston, South Carolina, are investigating after U.S. Congresswoman Nancy Mace’s home and property at Daniel Island was vandalized with graffiti on Memorial Day.

“In the early morning hours of Memorial Day, my home, where I’m raising my two children, was vandalized with Antifa symbols and profanity,” Mace, a Republican, tweeted Tuesday morning.

“Although my kids and I are thankfully fine, these criminal acts are unacceptable no matter your politics,” she said.

Mace shared photos of her house, walkway, and sidewalk defaced with anarchist symbols and slogans.

In the early morning hours of Memorial Day, my home, where I’m raising my two children, was vandalized with Antifa… https://t.co/lo7pWGZ56M

“All politicians are bastards,” one message said, a riff on the “All cops are bastards” slogan popular with anarchists and anti-authoritarian protesters.

“No gods no masters,” another message said.

“Pass the PRO Act,” another one stated, referring to a Democratic bill that would strengthen labor unions by overriding state right-to-work laws.

Mace thanked law enforcement for investigating the act of vandalism and noted this is the second time her home was targeted “in the last few months.”

Last year, during her campaign for Congress, an unknown person scratched an expletive into her car door.

“There is a significant difference between nonviolent protests and criminal acts of intimidation and vandalism,” she said. “I’m concerned for my neighbors who’ve been impacted by this appalling criminal behavior.”

“I also want to take a moment to thank those same neighbors; so many have reached out to offer their assistance and support. I cannot thank the Charleston community enough,” she continued.

“As I’ve had time to digest what has happened over the last 24 hours, I also wanted to take a moment to urge people to think about their words and their actions. It’s not just social media, but our words impact real people and impact real lives. We should take it down a notch.”

U.S. Sen. Tim Scott (R-S.C.) shared Mace’s tweet thread on Tuesday. “Acts of vandalism and hate are simply unacceptable and have no place in our society,” he said.

Acts of vandalism and hate are simply unacceptable and have no place in our society. Praying for you, the kids, and… https://t.co/maMa0ldFYt

Charleston police are collecting camera footage from around the neighborhood to identify suspects for their investigation, WCIV-TV reported.

Police power-washed the graffiti Monday morning, but Mace told the news station that at least some of her home will need to be repainted.

“It makes me incredibly sad. I’m a Mom, I have two kids in middle school who live here at this house with me. No family should ever be treated this way,” she said.

Portland man hospitalized after armed standoff with militant leftists: ‘I stood my ground and I would do it all over again’

Despite Portland mayor finally vowing to crack down on Antifa, businesses were still terrorized and a riot was declared Friday night

Jason Whitlock tells Tucker Carlson: ‘I compare Black Lives Matter to the KKK. I really do.’