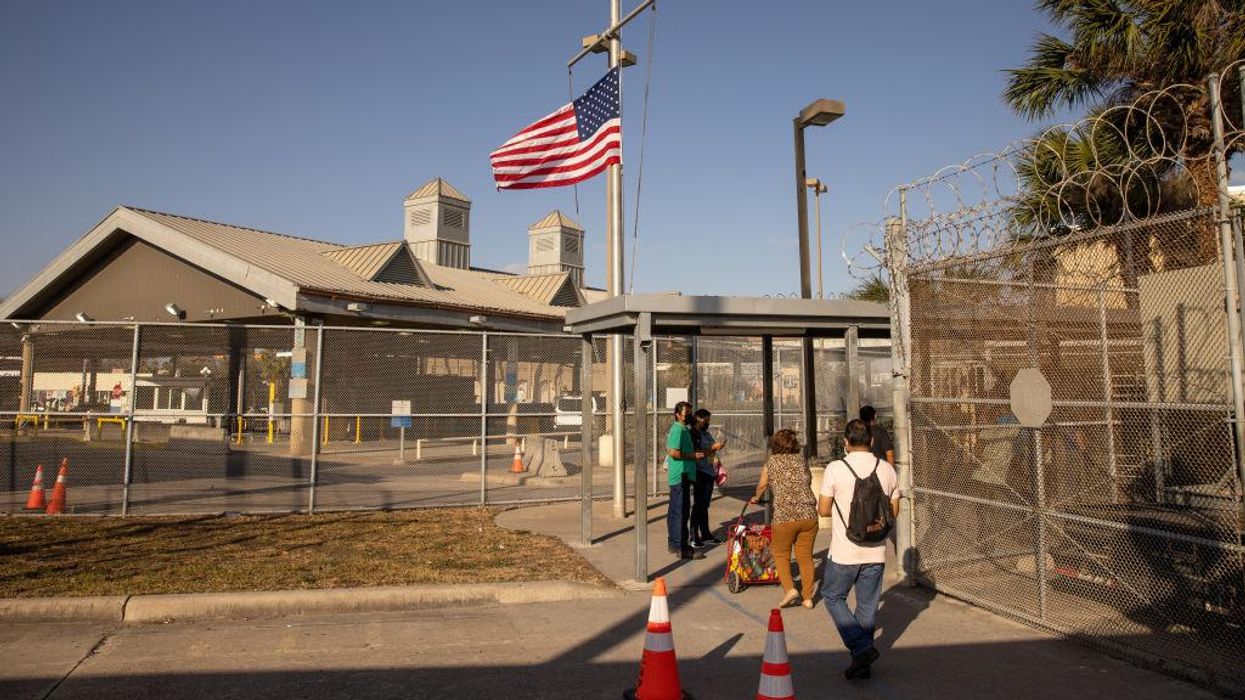 The Biden administration is currently considering flying migrants to states near the Canadian border, according to the Washington Post.

Citing two unnamed Department of Homeland Security officials and an email, the report states, “A new spike in the number of families and children crossing the Rio Grande into South Texas over the past several hours is forcing U.S. Customs and Border Protection to request airplanes that will allow the Biden administration to transport migrants to states near the Canadian border for processing.”

Friday afternoon’s report of relocating migrants from the southern border to the northern border comes at the same time that the Biden administration is being slammed for “unsafe” minor migrant facilities. Texas Gov. Greg Abbott released a scathing statement blasting the Biden administration for its “abject failure” in handling the immigration crisis, especially with migrant children.

“The Biden Administration has been an abject failure when it comes to ensuring the safety of unaccompanied minors who cross our border,” Abbott said in Friday’s statement. “The conditions unaccompanied minors face in these federally run facilities is unacceptable and inhumane.”

Abbott revealed that the water is unsafe at the federally-run unaccompanied minor migrant facility in Midland, Texas. Abbott said, “The Texas Commission of Environmental Quality has notified the Midland facility of their need to address the serious water issues.”

Abbott also noted that there has been a COVID-19 outbreak at the Carrizo Springs facility. Abbott deployed the Texas Department of State Health Services resources and personnel to the facility, which houses minors ages 13-17.

“The Biden Administration has no excuse for subjecting these children to these kinds of conditions,” Abbott’s statement reads. “President Biden’s refusal to address the border crisis is not only enabling criminal actors like human traffickers and smugglers, but it is exposing innocent unaccompanied children to illness and potentially unsafe living conditions. The administration must act now to keep these children safe, secure our border, and end this humanitarian crisis.”

“The Biden Admin. has turned a humanitarian crisis into a complete disaster,” Abbott tweeted. “They were unprepared for open border policies.”

During an appearance on Fox News, Abbott said the massive surge of children coming to the U.S. border is a hotbed for human trafficking.

“I made a direct plea to the Biden administration a couple of days ago for Texas and our professionals in this state that deal with human trafficking all the time to have access to these minors who have come across the border to learn more about how they were trafficked here, and then we received word yesterday from the Biden administration that they would allow no such thing because they want to continue the cover-up,” Abbott said on Friday. “This is a crisis that is being made worse by the fact that the Biden administration is subjecting even more children to come into Texas or coming across our border who are going to be victimized by these cartels.”

Abbott added that the overflow of migrants from Central and South America are bringing variants of COVID-19.

“Now the Biden administration is importing more COVID into the U.S that they could be keeping them out if they were securing the border,” the Republican governor of Texas said.

We work every day with our Child Sex Trafficking Team & other agencies to crack down on human trafficking in TX.… https://t.co/4MM58KMqmo

A report from earlier this month found that one migrant facility was at 729% capacity, and there were allegedly children taking turns sleeping on floors and only allowed showers once a week.

A recent New York Times report found that families were being separated, and children were being detained in facilities “akin to jail.”

A Washington Post report revealed that “the new administration was holding record numbers of unaccompanied migrant teens and children in detention cells for far longer than legally allowed and federal health officials fell further behind in their race to find space for them in shelters.”

Ted Cruz slams ‘evil’ critical race theory as a ‘lie,’ calls it ‘every bit as racist as a Klansmen in white sheets’

Texas GOP candidate hit with backlash over purported comments on Chinese immigrants: ‘I don’t want them here at all’