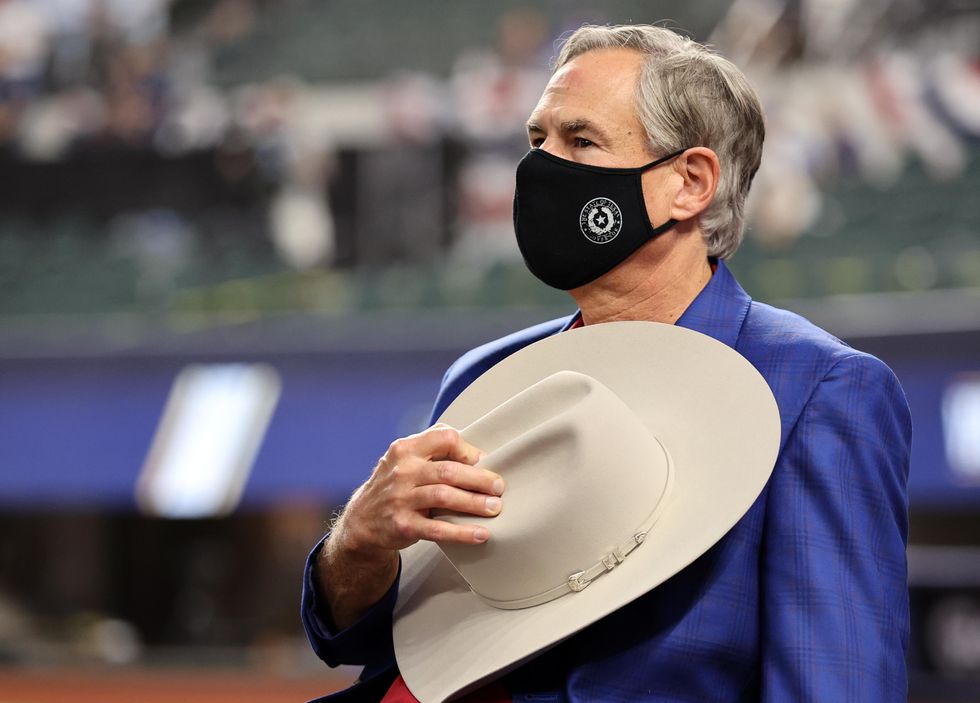 Texas Gov. Greg Abbott on Monday declined an invitation to throw out the first pitch at the Texas Rangers’ home opening game, announcing that Texas will not seek to host the All-Star Game or any other Major League Baseball special events following MLB’s decision to remove the All-Star Game out of Atlanta due to criticism of a Georgia election law.

“Thank you for the invitation to throw the first pitch at the Texas Rangers’ home opening game. I was looking forward to it — until Major League Baseball adopted what has turned out to be a false narrative about election reforms in Georgia, and, based on that false narrative, moved the MLB All-Star Game from Atlanta,” Abbott wrote.

“It is shameful that America’s pastime is not only being influenced by partisan politics, but also perpetuating false political narratives,” the governor added.

Last Friday, Major League Baseball announced its decision to pull the 2021 All-Star Game out of Atlanta because of the state’s sweeping new election reform laws. MLB Commissioner Robert Manfred Jr. said in a statement that “the best way to demonstrate our values as a sport is by relocating this year’s All-Star Game and MLB Draft.”

He went on to criticize the new Georgia law — which requires absentee ballots to be verified with voter ID, expands early voting for primary and general elections, and codifies the use of ballot drop boxes, among other measures — as “restrictions to the ballot box.”

“This attack on our state is the direct result of repeated lies from Joe Biden and Stacey Abrams about a bill that expands access to the ballot box and ensures the integrity of our elections. I will not back down. Georgians will not be bullied. We will continue to stand up for secure, accessible, fair elections,” the governor said Sunday.

Texas Gov. Abbott is the first GOP governor to rally against the MLB in defense of Georgia’s law.

“The State of Texas was proud to help MLB host last season’s National League playoff games and the World Series in Arlington. However, I will not participate in an event held by MLB, and the State will not seek to host the All-Star Game or any other MLB special events,” he wrote.

Abbott closed by stating his “deep respect” for the Texas Rangers baseball team, wishing them success in the upcoming season.