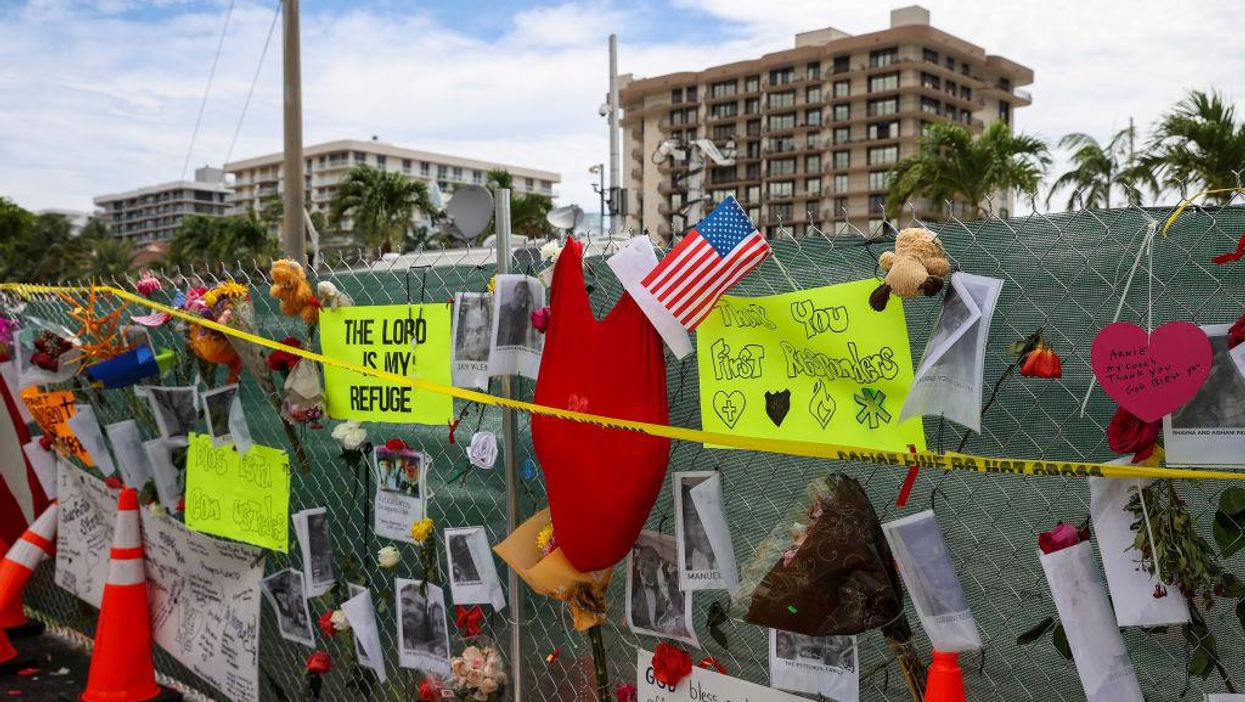 A Miami firefighter reportedly recovered his young daughter’s body Thursday night while searching through the rubble at the site of the Champlain Towers South collapse in Surfside, Florida.

The grieving father draped his jacket over the 7-year-old girl’s body and placed a small American flag on the gurney after a team of first responders made the discovery, WPLG-TV reported.

Then the father, along with his brother and fellow firefighters, escorted the girl from the scene as a line of police officers and firefighters looked on. The firefighter and his family have asked not to be identified.

“Our hearts and prayers are with the families affected by this horrific tragedy,” said Miami Fire Rescue Chief Joseph Zahralban, according to the local news outlet. “We can confirm that a member of our City of Miami Fire Department family has lost his 7-year-old daughter in the collapse. She was recovered last night by members of our Urban Search and Rescue Team, Florida Task Force 2.”

“We ask that you respect the privacy of the immediate family as well as our Fire Department family while we grieve our loss and support our own,” the fire chief went on to say.

As the massive search-and-rescue operation — which consists of more than 80 teams — stretched into its ninth day, Miami-Dade County Mayor Daniella Levine Cava told reporters the burden on first responders, as well as the families of victims, is only increasing.

For the Miami firefighter who recovered his daughter, the burden was two-fold.

“It goes without saying that every night since this last Wednesday has been immensely difficult for everybody, particularly the families that have been impacted,” the mayor said. “But last night was truly different and more difficult for our first responders. These men and women are paying an enormous human toll each every day, and I ask that all of you please keep all of them in your thoughts and prayers.

“They truly represent the very best in all of us, and we need to be there for them as they are here for us,” Levine Cava added.

On Friday morning, the death toll in the collapse rose to 20, while 128 others remain unaccounted for, CNBC reported.