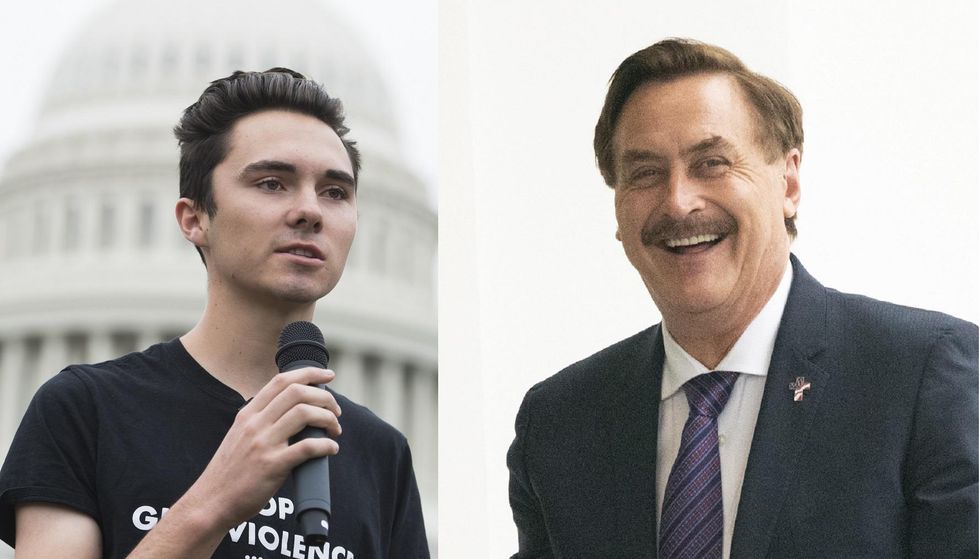 Gun control activist David Hogg announced Thursday that he and a partner are starting a company that will “prove that progressives can make a better pillow,” promising to take on MyPillow, founded by conservative Trump supporter Mike Lindell.

Hogg tweeted that he and software developer William LeGate “are going to prove that progressives can make a better pillow, run a better business and help make the world a better place while doing it.”

He added, “We will have the name announced soon but we need to get through the legal process of trademarking as (sic) so on.”

Hogg, who became famous for co-founding activist organization “March for Our Lives” after surviving the Parkland, Fla., mass murder at Marjorie Stoneman Douglas High School, confirmed to Axios that taking on Lindell is his goal.

“Mike isn’t going to know what hit him,” Hogg told the outlet, saying, “this pillow fight is just getting started.” The teen noted that his new venture is expected to launch in six months or so with the goal of selling “$1 million in product within our first year.”

“[W]e would like to do it sooner but we have strict guidelines on sustainability and [U.S.] based Union producers,” Hogg explained.

Lindell did not appear phased by the news, telling Axios in response, “Good for them….nothing wrong with competition that does not infringe on someone’s patent.”

The MyPillow founder and CEO has become a target of the left for years over his outspoken support of President Donald Trump, but Lindell has faced additional heat and legal threats in recent months over his yet-unsubstantiated insistence that voting machines in the U.S. were manipulated by foreign countries to steal the election from Trump.

Lindell has was issued a cease and desist letter over his claims by Dominion Voting Systems, one of the companies he has accused of being involved in an election fraud scheme. Dominion has already sued pro-Trump attorneys Sidney Powell and Rudy Giuliani over similar claims.

But Lindell issued a defiant response to the threat, telling Axios last month, “I want Dominion to put up their lawsuit because we have 100% evidence that China and other countries used their machines to steal the election.”

Lindell has also seen several major retailers drop his products in recent weeks, and he has been issued a permanent ban from Twitter for “repeated violations” of the platform’s “Civic Integrity Policy.”

Editorial note: In the interest of full disclosure, MyPillow is a current advertiser on a program that appears on BlazeTV.