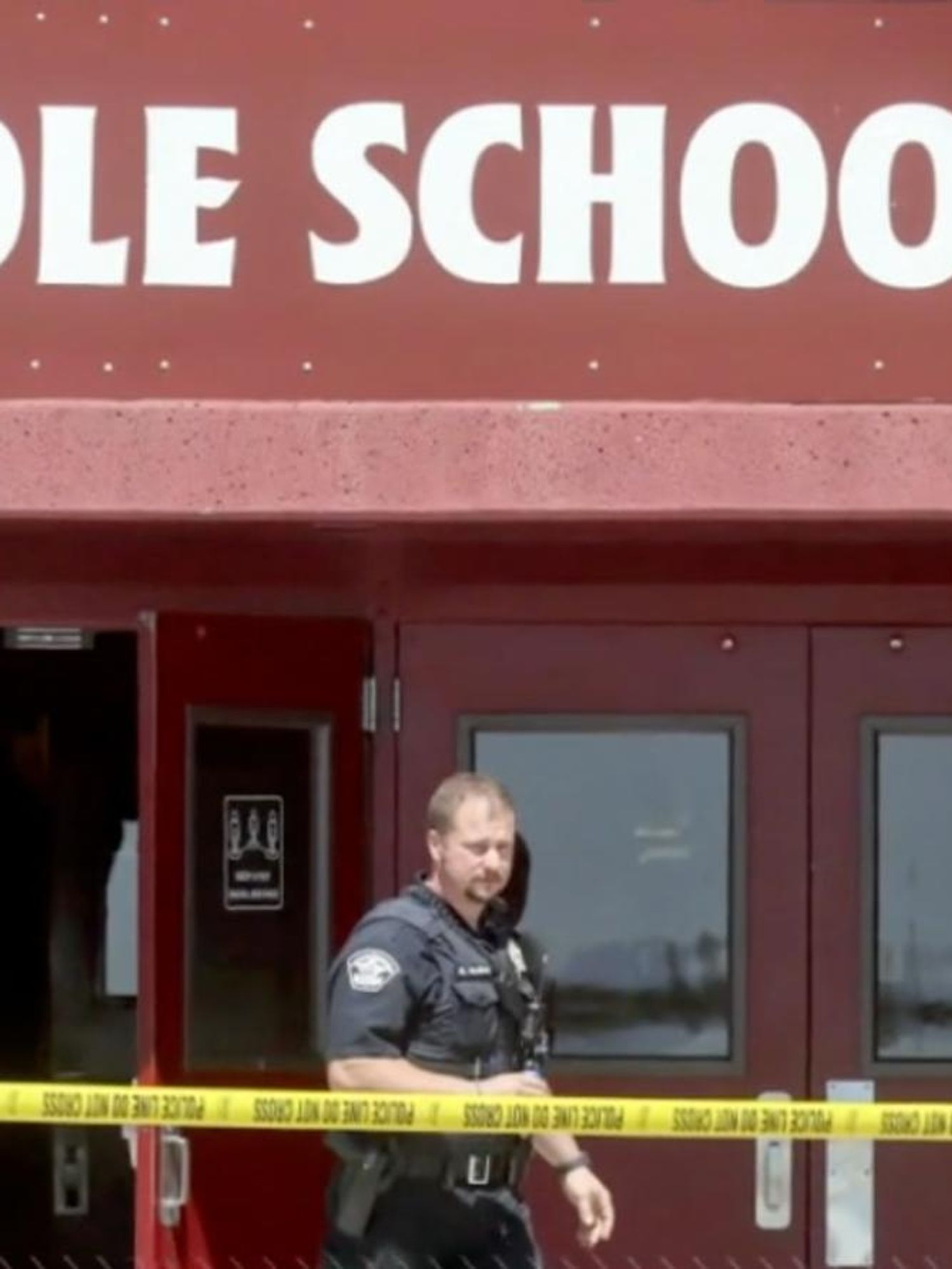 An Idaho teacher is speaking out for the first time on how she disarmed a sixth-grade girl during a school shooting that took place earlier in May, ABC News reported.

The teacher, Krista Gneiting, said that she grabbed the child and enveloped her in a hug when she realized what was happening.

Gneiting spoke in an interview with ABC’s “Good Morning America” about the May 6 shooting in which a sixth-grade girl reportedly opened fire in a school hallway, striking a janitor and two students.

All three victims sustained wounds that were not life-threatening.

Gneiting said that she immediately went into protective mode and told students in her class to exit the building as quickly as possible.

Gneiting said she went out into the hallway and saw a young girl.

“It was a little girl, and my brain couldn’t quite grasp that,” Gneiting recalled. “I just knew when I saw that gun, I had to get the gun.”

Gneiting said she approached the girl and quietly asked, “Are you the shooter?”

“I just walked up to her and I put my hand over her hand, I just slowly pulled the gun out of her hand and she allowed me to,” the math teacher added. “She didn’t give it to me, but she didn’t fight. And then after I got the gun, I just pulled her into a hug because I thought, ‘This little girl has a mom somewhere that doesn’t realize she’s having a breakdown and she’s hurting people.'”

Gneiting was able to call 911 while embracing the child.

“After a while, the girl started talking to me and I could tell she was very unhappy,” Gneiting recalled. She said that the girl eventually calmed down. “I just kept hugging her and loving her and trying to let her know that we’re going to get through this together.”

When authorities arrived on the scene, they were able to take the girl into custody without incident.

“[The arresting officer] was very gentle and very kind, and he just went ahead and took her and put her in the police car,” Gneiting added.

The young girl is still in custody

In a statement, the Jefferson County Prosecuting Attorney’s Office told the outlet that the unnamed girl is “still in custody and has been charged.”

Gneiting said she hopes the child can find forgiveness in herself and in others for what happened.

“She is just barely starting in life and she just needs some help. Everybody makes mistakes,” Gneiting added. “I think we need to make sure we get her help and get her back into where she loves herself so that she can function in society.”