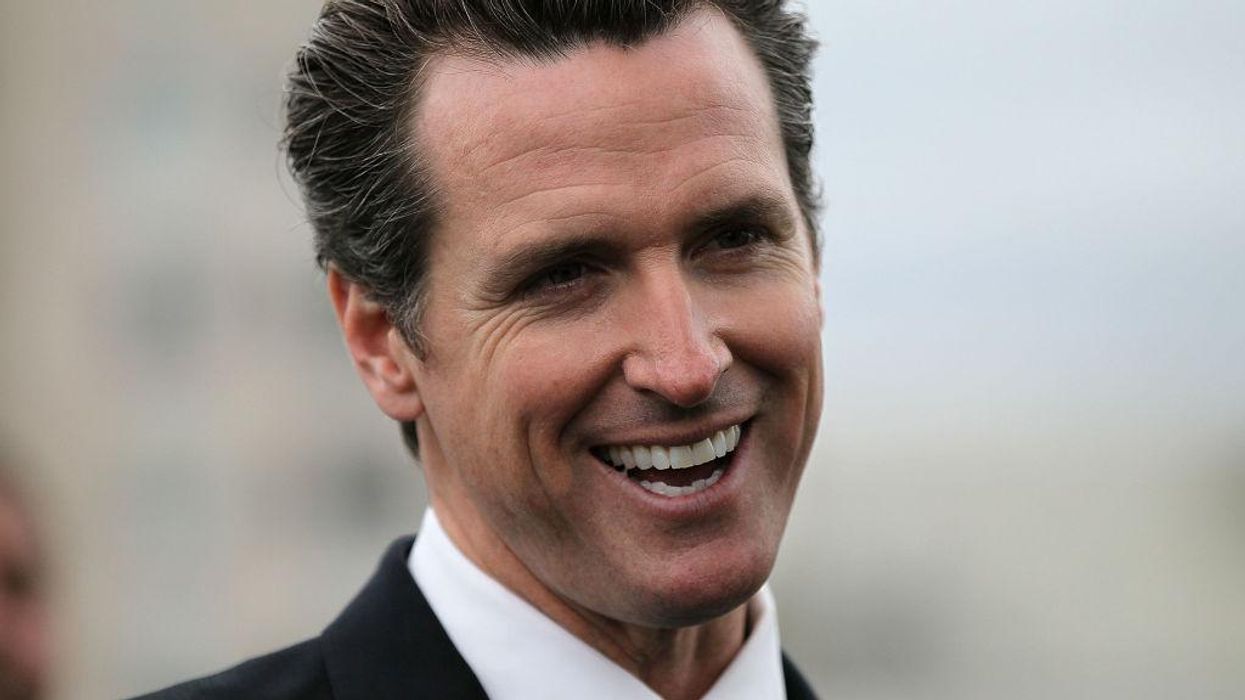 A California high school football player went viral for his compelling rant against Gov. Gavin Newsom’s restrictive COVID-19 lockdowns that have shut down team sports. Isaiah Navarro, who attends Paraclete High School in Lancaster, voiced his frustrations on all of the paramount life experiences that he was robbed of in his “wasted final year of school.”

“Worked hard and dedicated for absolutely ZERO. Big shout out to @GavinNewsom! You got what you wanted,” the young man wrote, and tagged the Democratic governor of California.

After the tweet went viral with over 12,000 retweets and nearly 60,000 likes, Navarro remarked that he was “honestly humbled by the retweets and positive comments.”

“I know there are thousands in my shoes across this State,” the football player stated. “I do not want anything given to me, just a chance to show my value and be an asset. Gray shirt, red shirt, grass, turf or dirt. I will play anywhere, God willing.”

Honestly humbled by the retweets and positive comments. I know there are thousands in my shoes across this State.… https://t.co/KpsNxeBXCV

Navarro was invited to appear on “Fox & Friends,” where he said his plans for this fall are “working on myself” since the future of high school sports is in question in the Golden State.

His previous plans for his senior year during football were to win another defensive lineman of the year award and to be named MVP.

Navarro called out Newsom’s double standard coronavirus lockdowns that allow private schools to participate in sports, but public schools are barred from athletics — putting kids at a disadvantage in being awarded athletic scholarships.

When asked if Newsom hurt him financially by costing him a scholarship, Navarro responded by saying, “Yeah, he did, with a lot of opportunities that could have come along with the process of going towards offers and scholarships. With that being taken away was a huge thing taken away from high school students. It’s a big thing for us student athletes.”

“This is our only chance to help our family,” Navarro stated. “We want to support our family and relatives.”

“We love the sport, but being that taken away is a huge part of our lives,” he said.

Navarro said the reaction to his viral tweet has been “ridiculous.”

“I didn’t think I’d get this big of an audience to side with me and get this out,” Navarro said.

However, time is running out on the 2021 high school football season. The California Interscholastic Federation said football’s end date this spring can be as late as May 1, but leagues around the state say the final date is April 17, according to CBS Sports.

“You go from the end date and work backwards,” Junipero Serra High School’s football coach Patrick Walsh said. “If we can start sometime in early March that gives us 5-8 games. I think all reasonable players and coaches would be happy with that.”

On Wednesday, Newsom defended his position.

“As I said, I not only have four kids who want to be educated, but they love sports,” Newsom stated. “So I recognize all of the benefits — physical and mental — as well as the benefits to teachers and parents who have kids who are engaged in physical activities in terms of our responsibility to support those children as well. We want to see this happen.”

“We want to do it safely and a lot of great data has been provided by the same groups that are suing us,” the governor said. “If I was concerned about lawsuits, I would have collapsed a year ago. We receive dozens of them every week. And some of them are from folks who are very close to us. It’s clarifying. It allows for focus. Some are specious, political. Others like this I think are quite legitimate in terms of what they ultimately want to achieve.”