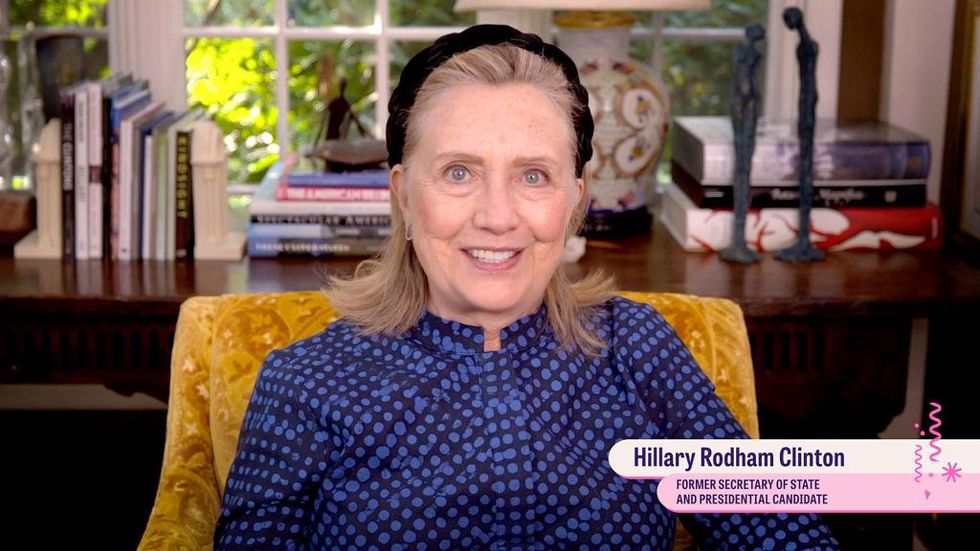 Former Secretary of State Hillary Rodham Clinton claims that in the wake of the 2020 presidential election legislators around the U.S. have introduced bills that would make it more difficult for Americans to vote and that this is part of an effort to shift the country “toward white supremacist authoritarianism.”

“Since the 2020 election with its historic turnout, lawmakers across the country have introduced nearly 400 bills making it harder to vote: purging voters from the rolls, making it more difficult to register, cutting back on early and absentee voting, getting rid of ballot drop boxes, even banning giving out food or water to people waiting in line at the polls,” Clinton wrote in her piece published on Democracy Docket.

“We need to call these attacks on voting what they are: part of a clear attempt to move away from a pluralistic, multi-racial democracy and toward white supremacist authoritarianism,” Clinton wrote. “We need to remain laser-focused on what’s at stake for democracy and people’s lives and refuse to allow Republicans to draw us into piecemeal fights over tactics and technicalities. Voters should have the ability – not just in principle, but in practice – to hold elected officials accountable in the voting booth. We should be doing everything we can to make it easier for eligible voters to cast their ballots.”

Clinton, who lost the 2016 presidential contest to Donald Trump, called the Jan. 6 episode when people breached the U.S. Capitol building an “insurrection.”

“After the insurrection, I wrote about the failure of imagination that hindered our ability to prevent the violence in Washington. I quoted historian Taylor Branch, who asked in Isabel Wilkerson’s ‘Caste: ‘If people were given the choice between democracy and whiteness, how many would choose whiteness? The months that followed revealed the ugly truth of just how many elected officials in America would choose whiteness,” Clinton said.

Clinton served as the First Lady of the United States during her husband Bill Clinton’s tenure as president. She later served as a Democratic Senator from New York and then as the Secretary of State during a portion of the Obama administration.

She became the 2016 Democratic presidentential nominee and faced off against Republican presidential nominee Donald Trump during the 2016 election contest, ultimately losing that contest to Trump.

Clinton had previously failed to secure the party’s nomination during the 2008 primary when then-candidate Barack Obama became the Democratic presidential nominee before eventually winning his White House bid.

We are witnessing a concerted attempt to destabilize the democratic process and delegitimize our multi-racial democ… https://t.co/VkADPmbELi