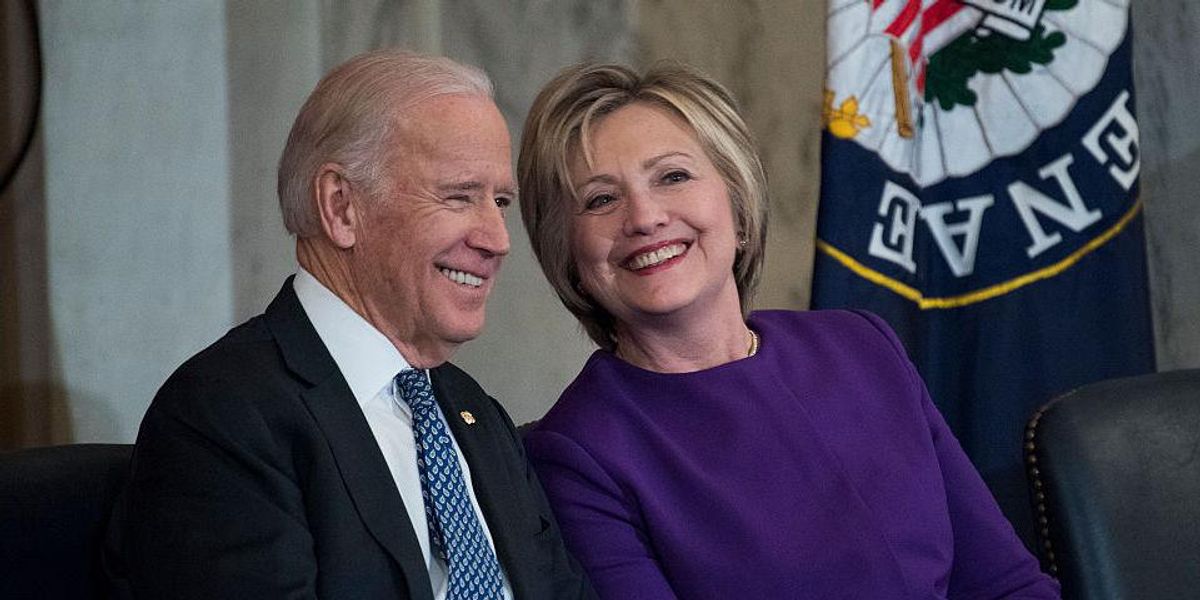 Despite having been president for just three months, Biden has already proposed $6 trillion worth of legislation.

First it was a $1.9 trillion pandemic-related economic recovery bill — that, of course, was filled with countless spending items unrelated to the pandemic — then it was a $2.3 trillion infrastructure and jobs plan that had very little to do with improving highways and bridges. Finally, Biden unveiled a $1.8 trillion plan that “seeks to expand access to education, reduce the cost of child care and support women in the work force,” the New York Times reported.

Biden has also proposed a massive immigration reform bill that would provide a pathway to citizenship to immigrants living in the U.S. illegally.

What did Clinton say?

Clinton told CNN host Fareed Zakaria that she is “thrilled” Biden is exploiting the vulnerability of Americans caused by the pandemic “to try to push the agenda as far as possible.”

In fact, Clinton packaged government action as something that Americans — including Republicans and independents — view positively, citing Biden’s job approval.

“It wasn’t until the pandemic that I think a truly working majority of Americans … suddenly understood in a clear way that, you know what, there’s lots of times when we need the government, and we’ve been exposed as lacking in the kind of investments and support that we, as Americans, should be providing each other with the government as our partner,” Clinton opined.

“I’m thrilled that, you know, President Biden is taking advantage of this moment to try to push the agenda as far as possible,” she added.

However, polling data indicates that Biden is deeply unpopular with Republicans and extremely popular with Democrats and that only a slight majority of independents approve of Biden’s job.

Clinton went on to say that Biden is building on the work of previous Democratic presidents — and, of course, she took a shot at former President Donald Trump, although not by name.

“I think both, you know, Presidents Obama and Clinton did, too,” she said of having a big government agenda, “but they were more constrained given what the climate was politically during their administrations.”

“I think it builds on a lot of what did happen in prior Democratic administrations. But it also goes further. And it can go further because people understand, guess what, you know, we kind of were failed by our government for four years when we confronted one of the worst health care crises, economic crises that our country has seen,” Clinton added.

Overall, Clinton graded Biden’s first 100 days as president with an A.

“We now have a mature, experienced president, and thank goodness we do,” Clinton said.