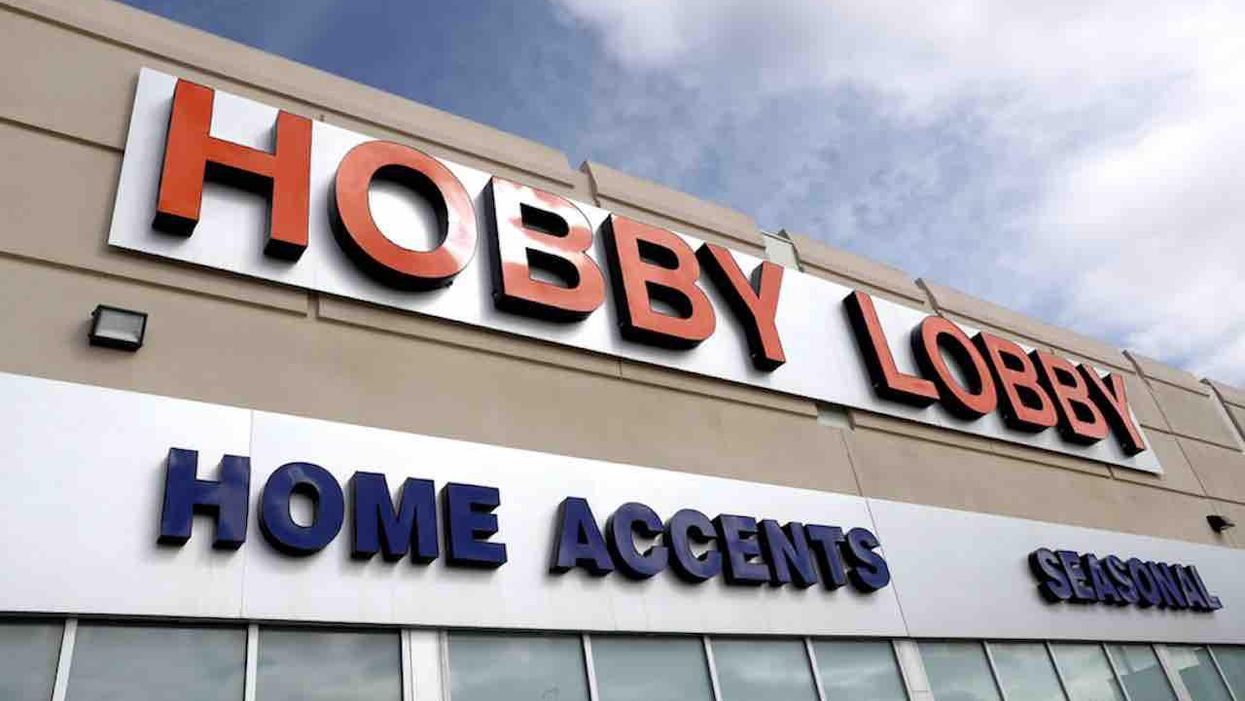 Christian-owned craft chain Hobby Lobby got itself in hot water with atheists and other leftists earlier this week after it ran a Bible-based Independence Day ad in newspapers nationwide, Faithwire reported.

What did the ad say?

The ad image featured a child running with an American flag on green grass under a blue sky with the words “One nation under God” superimposed on the image along with a reference to Psalm 33:12: “Blessed is the nation whose God is the Lord.”

Faithwire said the full-page ad included quotes from American founders, U.S. lawmakers, and Supreme Court justices — and that most of the quotes point to America’s religious roots and ties to Scripture.

In addition, there’s a small-print message at the bottom of the ad offering an invitation to interested readers to become Christians.

“If you would like to know Jesus as Lord and Savior, visit Need Him Ministry at www.chataboutjesus.com,” the message states. “To download a free Bible for your phone, go to www.mardel.com/bible.”

The FFRF web page appears to use the quotes seen on the Hobby Lobby ad and then lets readers click on the quotes to read rebuttals.

“Do these quotes prove we are a Christian nation? Click them to find out,” the FFRF instructions state.

As you might imagine, the FFRF wasn’t alone in its criticism of the ad.

Faithwire pointed to a tweet from David Weisman — a U.S. Army veteran who is a “former Republican” and “former Trump supporter” and current “liberal Democrat” — that reads, “I find your statement of [sic] America should be lead [sic] by Christians to be asinine and unconstitutional. Shame on you.”

The outlet also noted a tweet from another critic who called Hobby Lobby’s ad “dominionist propaganda”:

Full page of dominionist propaganda in this morning’s @BostonGlobe courtesy of @hobbylobby.… https://t.co/InCD7CHkVT

Faithwire said it reached out to Hobby Lobby for comment and will update its story if a representative responds.

Rev. Franklin Graham has his say

“Hobby Lobby is being attacked for running some beautiful full-page newspaper ads on July 4. The ad was titled ‘One Nation Under God’ and included the Bible verse, ‘Blessed is the nation whose God is the Lord’ (Psalm 33:12). These positive advertisements have outraged enemies of God’s Word such as the Freedom from Religion Foundation. I hope this exposure for their ads, even though it was intended for harm, will actually allow even more people to read the message and appreciate what Hobby Lobby’s owners, the Green family stand for. I thank God for the Green family, their Christian-run business, and their strong public stand for the Word of God and biblical values. Let them know you stand with them in the comments below.”

Graham’s message of support has attracted about 31,000 comments as of Friday afternoon. One of them reads, “Thank you, Hobby Lobby! I stand with you as we stand with God!”

This Thanksgiving, I’m thankful I am not in control