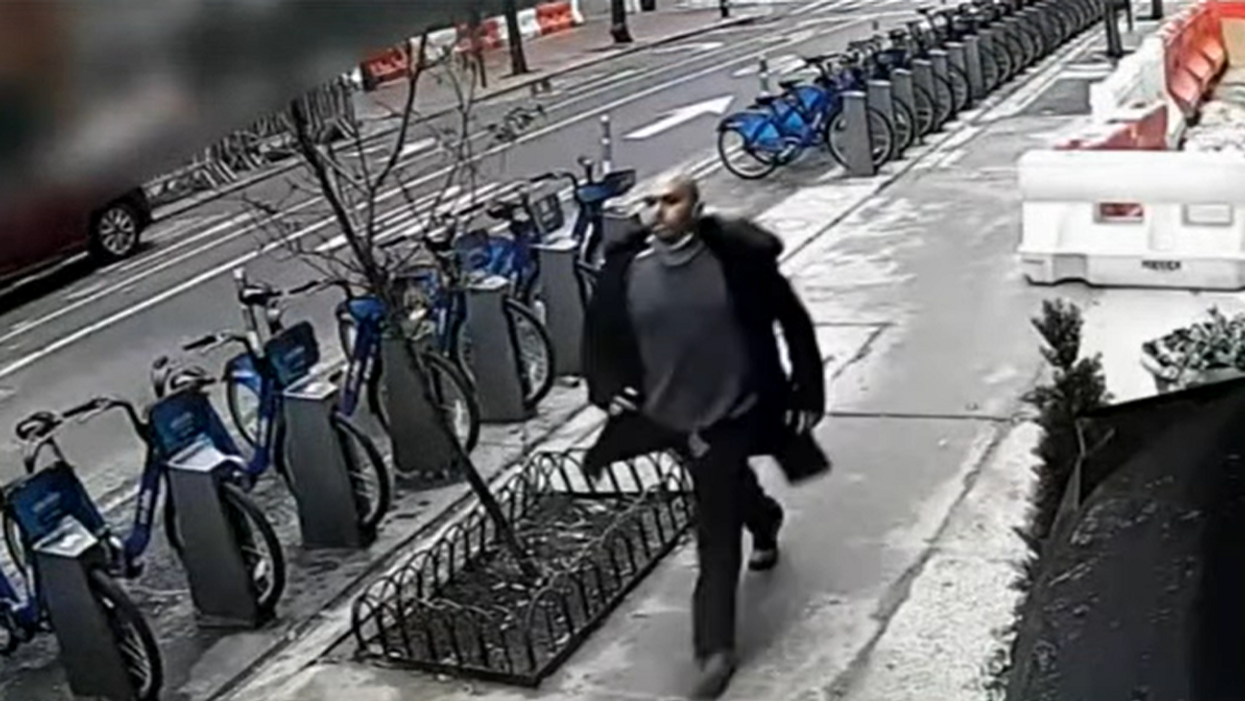 In broad daylight on Christmas Eve, a homeless man reportedly used a cinder block to violently bash the head of a female staffer for New York Gov. Andrew Cuomo. The moments before the sadistic attack were captured on a disturbing video.

Lisa Cavanaugh, a 51-year-old staffer for the New York governor, was walking on Third Avenue near East 48th Street near a construction project around 2:15 p.m. on Christmas Eve. Chilling footage, obtained by the New York Post, shows a man stalking Cavanaugh from behind. In the last frame of the video, it shows the alleged attacker pursuing Cavanaugh before hoisting the large cinder block over his head with two hands in what was purportedly the seconds before the savage drubbing.

Cavanaugh was smashed in the back of the head, and temporarily knocked unconscious. Two bystanders who witnessed the incident alerted NYPD officers. She was taken to Bellevue Hospital.

The Post reported, “The Cuomo staffer, who helps with recruitment and appointments for the governor’s office, needed stitches to close the 2-inch-deep wound on her head. She suffered non-life-threatening injuries, sources said.” Cavanaugh was in stable condition, according to the Daily Mail.

Cavanaugh had just left Cuomo’s Manhattan office, which is six blocks away from where the barbaric attack took place, and was reportedly on her way home. Officials said the brutal assault was unprovoked.

Police identified the alleged attacker as 28-year-old Christopher Guzman, who told cops that he lives at a homeless shelter on West 35th Street in Manhattan. Guzman was arrested and charged with second-degree assault.

In the 11 months of 2020, violent crimes have surged in New York City. For the year, shootings are up a whopping 95% compared to the same time period in 2019. Homicides are also up this year, jumping 38% to last year. Burglaries are up 30% and carjackings are up 36%.

Of all of U.S. states, New York had the most people migrate to another state between July 2019 and July 2020.

NewsMax, News January 24, 2021
0
Iran had barely started to reap the economic benefits of its 2015 nuclear deal with world powers when Donald Trump withdrew and imposed sanctions...