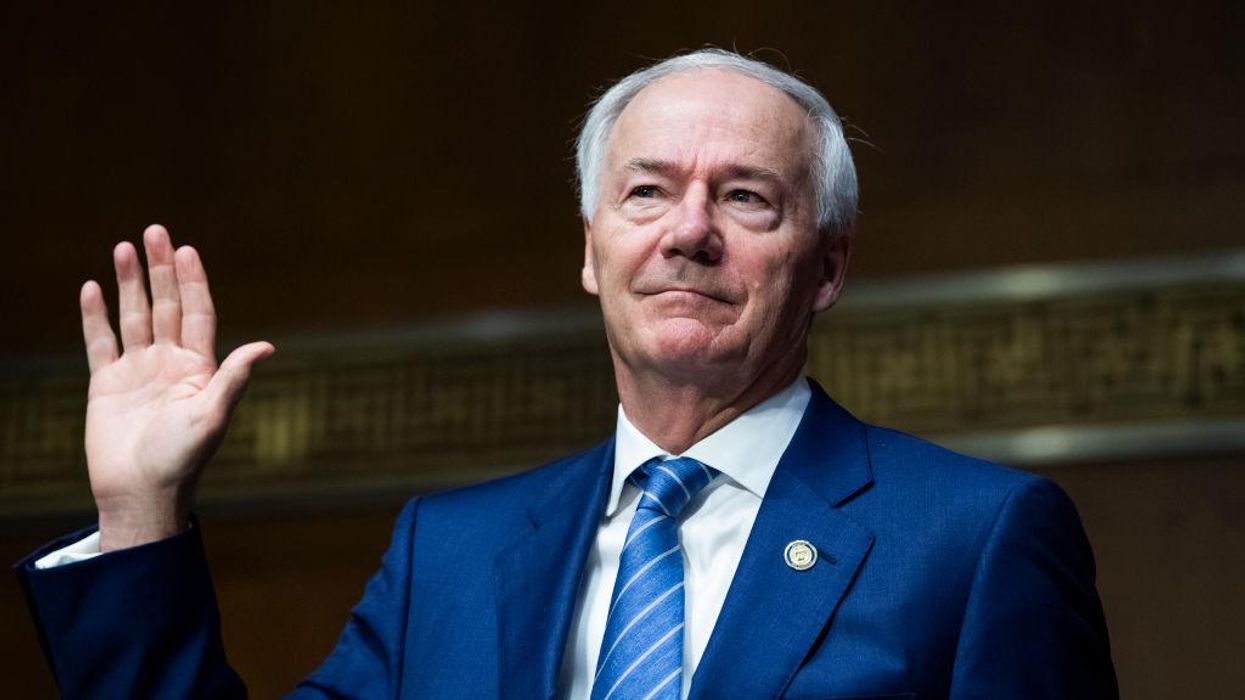 When I heard that Arkansas planned hold a special session on COVID, I was naturally excited that a red state is finally seizing control of the narrative from the feds. Now state legislators have a chance to push early treatment, stop funding failed treatments like remdesivir, and ban local government from doubling down on counterproductive policies rooted in tyranny. Well, instead, Gov. Asa Hutchinson plans to do the exact opposite. He is asking the legislators to repeal the existing bill, which prohibits local governments from requiring masks. Who needs President Biden and Dr. Anthony Fauci when you have Hutchinson supporting child abuse?

CDC is now implying that because the efficacy of the shots is waning, it’s somehow a reason to return to the completely disproven policy of masking even for children. Rather than decisively defending his people from the odious and tyrannical CDC, Hutchinson wants to enforce the CDC’s mandate on the people. The problem for him is that thanks to some conservative legislators, the legislature overwhelmingly passed a law banning cities and school boards from imposing masks on the children. On Thursday, Hutchinson announced a special session to repeal that ban and reinstate child abuse.

In announcing the rationale for his action, Hutchinson shockingly echoed one of the most illogical talking points of the Biden administration. He stated that he’s “very concerned” about children age 12 and younger who aren’t eligible to be vaccinated and will get or spread the virus. This man doesn’t realize that children younger than 12 unvaccinated are less at risk than 30 years olds vaccinated and 100 times less at risk than seniors vaccinated. Oh, and that was back when we factored in 97% efficacy for the vaccines, which clearly no longer the case.

In April, Arkansas became the first state to pass a bill, Act 1002, which barred all state and local officials from ever forcing mask-wearing upon the people. Republicans have lopsided super-majorities in both houses, and under the state’s constitution, they only need 51% to override the governor’s veto. As such, the governor was forced to sign the law, even though he was opposed to it.

Now that Hutchinson is calling them back into session, the conservative legislators have a golden opportunity to complete unfinished business. Here are some ideas to actually bring Arkansas policy in line with the science and constitutional values rather than faucism:

Thus, if Gov. Hutchinson wants a special session about COVID, the legislators should give him a session that he will never forget. This should have been done a long time ago in every state legislature. Why are life-altering policies being implemented by state and federal bureaucrats, backed by billions of taxpayer dollars, based on false premises – all without legislative oversight? Arkansas has the opportunity to be the first state legislature to actually hold legitimate hearings on the science of the virus, the vaccines, and treatment and actually protect their people from the virus without causing collateral damage.

Any sane person should realize by now that you can’t lock down your way out of the virus, mask your way out of it, or even vaccinate your way out of it. Hutchinson thinks vaccines are the key, but the Israelis are now showing that, after incurring so many known and unknown risks with the shots, the immunity wanes after 5-6 months. If Hutchinson really cared about protecting his state, he would push early treatment, prophylaxis, and long-term boosting of the immune system as strongly as he is promoting these failed shots.

The problem is that Hutchinson has a dyslexic work view. This is a man who believes a minor should be forced to cover his nose and mouth, but can make a decision to access chemical castration beyond the regulation of the state. He waxes poetic about localism in allowing schools and mayors to violate human rights, but then he allows Arkansas to become a conduit for the federal bureaucrats at the CDC. He doesn’t believe in state sovereignty but finds religion when it comes to the more dubious county sovereignty.

At a town hall in Siloam Springs on Friday, Hutchinson was asked (around 54:00-minute mark) why they are not treating this virus with therapeutics. He first claimed that they are indeed treating with therapeutics in the hospital, all the while ignoring the main point about the need for outpatient treatment to avoid hospitalizations. But then when he called upon the hospital administrator present in the room to confirm the treatment in the hospital, he answered, “not presently, sir.”

In other words, 17 months and trillions of dollars later, Hutchinson and other tyrannical governors continue to make demands of us without offering simple preemptive treatment for an inflammatory response we can see coming a mile away.