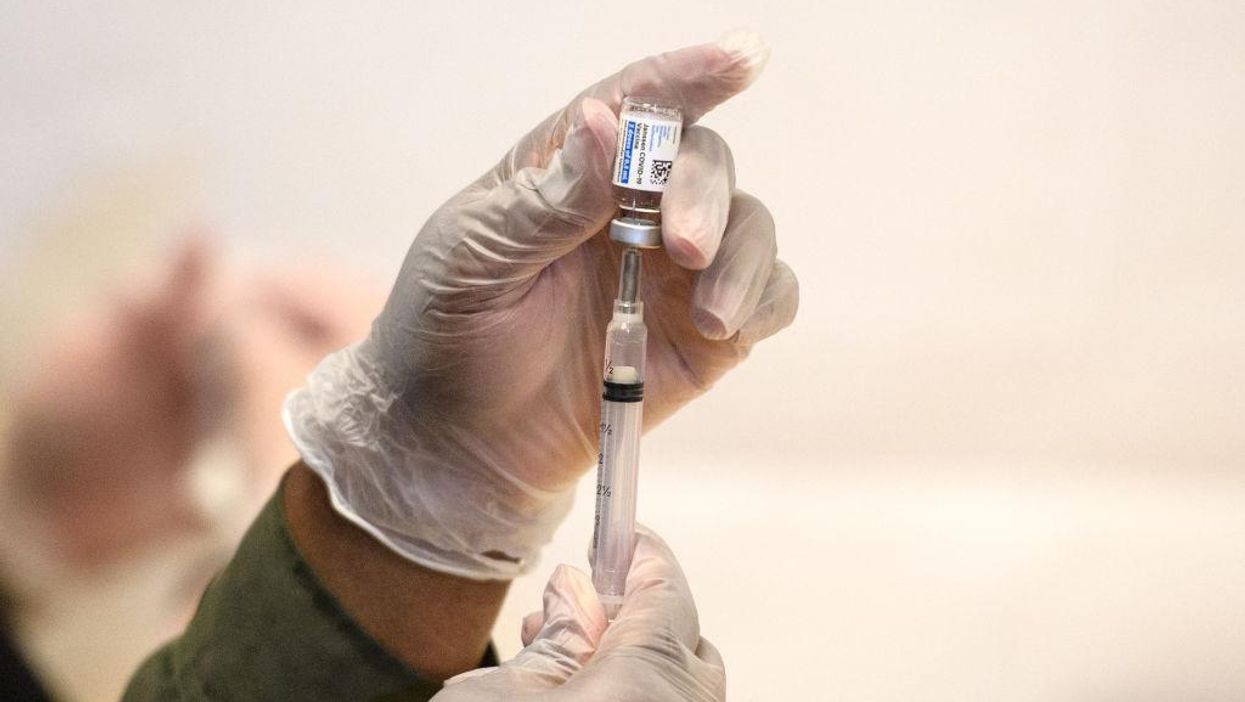 We have the right to force you to take an experimental injection whose risk is greater than the benefit for college-age kids. This is all being done to supposedly stop the spread of the virus to a predominantly young crowd. That is the view of Indiana University President Pamela Whitten. She and her colleagues recently won a federal court case upholding the mandate of a state-funded university against the bodily autonomy of the students. But it’s built upon a lie, and her own bout with the virus, after being fully vaccinated, now proves it.

On Thursday, Pamela Whitten announced in an email to the school that she has tested positive for COVID after experiencing mild symptoms. “While the vaccine is not 100% effective, I am so grateful to be protected from more serious symptoms,” she said in the letter. “I encourage everyone to get vaccinated as soon as you can.”

Mike Mirro, MD, the chair of the IU Board of Trustees, added, “We are also encouraged that the vaccine she received is doing what it should, preventing a more serious illness.

Self-awareness is dead. Nearly all of the “experts” are now conceding that the vaccine does not prevent infection and transmission, but stating that it stops critical illness. Let’s put aside the fact that some of the latest Israeli data casts doubt on the claim of protection from serious illness. The IU faculty (and CDC) are making the perfect argument against vaccine mandates. To the extent one believes government can rule over bodily autonomy, it’s because of the claim that it falls under the state “police powers” to stop the spread of disease, a position articulated by Indiana federal Judge Damon Leichty last week.

However, now the school is articulating a position that undermines that stated interest. Officials now concede that the vaccine doesn’t stop the transmission. After all, Whitten said she is experiencing symptoms, which means she definitely can transmit the virus. That she claims the vaccine prevents serious illness, assuming that is even true, is merely an argument that telling people to take the shot is solid optional advice. If vaccinated people can transmit the virus, while protecting themselves (not others) from serious illness, then a vaccine mandate is on par with telling someone they should lay off soda and excess red meat — great advice, but no reason to suggest it affects other people.

Even just as advice, Whitten’s advice is not proven by science. Even if we believe that the vaccine has a 97% efficacy rate against serious illness, a claim that is being challenged in Israel by reality, it’s unlikely that the balance of risk versus return pays off for her students, unlike faculty closer to her age. According to Phil Kerpen’s calculation, an 18-year-old without that hypothetical 97% effective vaccine still has one-fifth the risk of dying from COVID as a 60-year-old-adult who is fully vaccinated.

Reminder: Even if vaccines are 97% effective, mortality risk for *unvaccinated* children is lower than vaccinated a… https://t.co/JKYLg7aZJT

Ms. Whitten’s claim is so absurd when you consider the fact that just one IU student out of 12,000 who got the virus was hospitalized, and the details of that hospitalization are unclear. That means that college kids likely have a lower risk of serious illness than from the flu or other pathogens that typically spread like wildfire in college dorms in any given year. And if she is worried about staff her age, again, they already have their supposed protection in the vaccine and don’t need the students to assume a risk on their behalf, especially given that they can still get it and spread it even if they are vaccinated.

According to the Israelis, there is just a 39% efficacy rate against getting infected by the dominant strain, and that number seems to be dropping every day. Studies have shown, on the other hand, that preemptively taking ivermectin decreases chances of infection by 86%. Thus, there is greater science behind mandating ivermectin than the vaccines, once we are OK with violating the human right of bodily autonomy.

As absurd as the argument of “my mask protects you but not me” was all of last year, at least the mask mandate made sense according to their ridiculous logic. However, with the vaccines, they are stating the opposite – that it only protects you but not others. Yet, in the same breath they are saying you must get vaccinated even if those who believe in the vaccines have already availed themselves of the protection, and the courts are indulging their argument.

In his opinion, Judge Leichty quoted Dr. Cole Beeler on behalf of the university. “For the university, Dr. Cole Beeler says the COVID-19 vaccine mandate facilitates a ‘safe and reliable way to assure lack of spread of COVID’ within the university’s campus communities and ‘prevents morbidity and mortality.'” He cited the 1904 Jacobson case as the foundation for his argument, in which the court stated, “The legislature has the right to pass laws which, according to the common belief of the people, are adapted to prevent the spread of contagious diseases.”

Putting aside the fact that no legislature has passed the vaccine mandate, that argument has now been proven to be cloddish and absurd by the university’s own president, who now has symptoms of the virus after having been fully vaccinated. The vaccines clearly do not stop or even slow the spread of the virus anywhere on earth where there are high vaccination rates. There is simply zero correlation, much less causation. As for morbidity, COVID deaths are extremely rare among people that age, and those who want such protection can always get the shot, regardless of the choices others make with their bodies.

Indeed, the U.K.’s latest report on “SARS-CoV-2 variants of concern and variants under investigation in England” shows that there is zero benefit from the shots to those under 50 for the Delta variant. For those under 50, the case fatality rate of those who died with Delta was 0.03% both for the vaccinated and unvaccinated cohorts.

What is truly appalling is that not only is there zero benefit to vaccinating college kids — both for their health and for the goal of stopping community spread — they will incur the most risk of any group. According to the CDC’s own data, college-age kids are most at risk for myocarditis from the shots, particularly among the male students. They are seeing as much as a 200-fold increase in myocarditis cases within seven days of the second dose over the background rate of everyday myocarditis occurrence for 18- to 24-year-old males.

In his opinion, Judge Leichty shockingly ruled that bodily autonomy is not a fundamental right and a mandated injection is therefore subject to only a rational basis test, not strict scrutiny. However, upon appeal, if the judges actually looked at the facts, Indiana University’s vaccine mandate can no longer survive even a rational basis review. Just ask a vaccinated 80-year-old if they’d like to sit in a room today with Pamela Whitten.