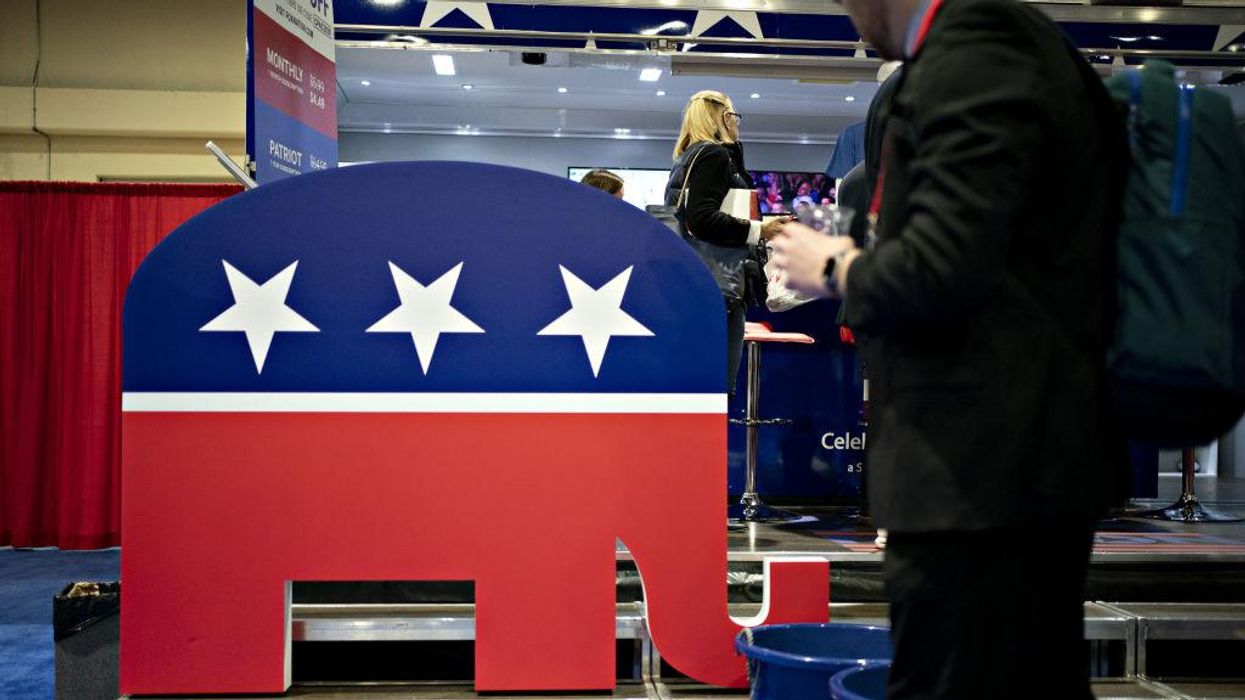 Perhaps if Republicans would govern differently from Democrats rather than acting like Democrats, they’d inspire people to vote for something new and exciting. Until then, they have nobody to blame but themselves for failing to motivate their base to vote for them.

Aside from Florida, where can you find bold GOP governance? And not surprisingly, that is the state where Republicans overperformed in November. Georgia, on the other hand, is a state where Republicans have strong majorities in both chambers of the legislature and control every statewide office, but they couldn’t even pass an anti-gang bill or any voter integrity laws.

Self-inflicted wounds by the aimless GOP

What comes around goes around. Now they have failed to inspire voters, plus they have enabled a juggernaut machine of mail-in ballots that has come back to bite them, making it impossible for them to ever win statewide. After what happened in November, for the GOP to not use its full power to end mail-in ballots is equivalent to a victim of burglary hanging up a sign inviting more burglars rather than getting a steel door and an alarm system.

GOP officials and pundits are blaming the conservative base and Trump voters for not turning out in sufficient numbers for the two GOP Senate candidates. We can debate the prudence of the decision of these voters to sit out the election, but that would miss the salient point. The very fact that a portion of voters are not inspired to turn out for Republicans given how radical the Democrats are is a testament to how milquetoast and downright perfidious the Republican Party has been when it is in power at the state and national levels. Toss into the equation the fact that most GOP leaders failed to do anything about voter fraud, and Republicans have nobody to blame but themselves for the defection.

We have all absorbed a year of the worst lockdown and suspension of liberties in American history. It has touched the lives of voters across the ideological spectrum, particularly lower-income voters who rely more on in-person work and schooling, yet Republicans barely spoke about the lockdown, much less used their power to chart a new course. They make veiled references to the shutdown, but agree to the premise of the leftist strategy on the virus. They failed to use any federal legislation to force adherence to the Constitution.

Republicans speak vaguely about the danger of the “defund the police” movement, but they fail to offer a bold contrast with a victims’ bill of rights and legislative proposals to lock up the criminals. Instead, they have joined the jailbreak bandwagon. When you look at the core policy outcomes, despite the sharp divergence in rhetoric, you can barely tell the difference between the parties. This is reflected in the fact that every major budget bill of the past four years was passed with nearly universal Democrat support. If you are a swing voter in a state like Georgia with Republicans as the incumbent party at the federal and state levels, what have you been offered by the GOP, and why wouldn’t you blame them for the inimical effects of the status quo?

Trump managed to inspire white working-class voters and a growing group of working-class black and Hispanic voters. Republicans can belittle those voters for only turning out for Trump, but why don’t they ever ask themselves why these voters are not automatically inclined to turn out for every Republican?

Obviously, the official Democrat control of the Senate will make a difference for judicial appointments, but keep in mind that if Joe Biden is president, there really was a limit to how much Susan Collins, Mitt Romney, and Lisa Murkowski would have played block and tackle against him.

The good news and the path forward

Democrats are actually in a very precarious political position. They will now likely control all three branches of the federal government. Voters rejected Republicans and some suburban voters didn’t like Trump, but they do not support the radical agenda of the Democratic base. Democrats are now like the dog that caught the car, over a narrow mountainous bridge. They own the responsibility of all the policy outcomes, but have tiny majorities in both houses built upon Democrats in conservative house districts and Senators Tester, Brown, and Manchin from deep red states (Plus the Arizona Democrats) who will lose re-election if they push too far. Not to mention the fact that radical Raphael Warnock will have to stand for re-election again in Georgia with Biden as the incumbent. They won’t have Republicans to help them pass unpopular bills and take the blame for it like they do so often.

While Biden struggles with the weakest and most tenuous mandate in recent memory at the federal level, conservatives will have an opportunity to fight back at the state level. Republicans hold enormous power in many states, including in Georgia. Now is the time to use it while voters perceive Democrats as being in charge at the federal level. They will have a greater mandate to push back against corona fascism and crime than they did under Trump.

In that respect, conservatives are starting from a much stronger position than they did in 2009, when Obama won with greater control at the federal and state levels. Now is their time to learn from the mistakes of the past and not have the new patriot movement sucked into the black hole of the same unreformed GOP.

Between unified slates of primary challengers, a hyper-local focus on national issues at the state and county levels, and converting the Trump movement into a real grassroots effort to create sanctuaries from Biden and Democrats in red states, they have the opportunity to inaugurate a new movement that could eventually morph into a new party. That is what should have happened with the Tea Party before it got hijacked by the same GOP it was designed to reform and we wound up with Mitt Romney as the nominee in 2014.

Moreover, the precedents Democrats have set during the Trump presidency by creating de facto neo-confederacies in blue states should easily grease the skids for a much stronger opposition to Biden from red states then we saw against Obama in 2009.

Thus, as dark a political era as it may seem we are entering, there are some great opportunities hidden around the corner. The only question is whether conservatives will finally look elsewhere for their vehicle to grasp those opportunities.

As for the GOP establishment dwellers, they can pout, kick, scream, blame, and accuse all they want, but a party cannot be at war with its base indefinitely — not without consequences.

Whitlock: Ignoring the concerns of Trump supporters will destroy America

Newt Gingrich: 2020 Election May Be ‘Biggest Presidential Theft’ Since 1824

Deals April 17, 2021
0
Adorama has select *Klipsch Reference Premiere Speaker Bundles* on sale listed below. *Shipping is free*. Thanks to Deal Editor *iconian* for finding this...

Deals April 17, 2021
0
DiscountMags.com has select *Magazines* on sale listed below. *Delivery is free*. Thanks to Deal Hunter *Kimpossible680* for finding this deal. Note: Gift...