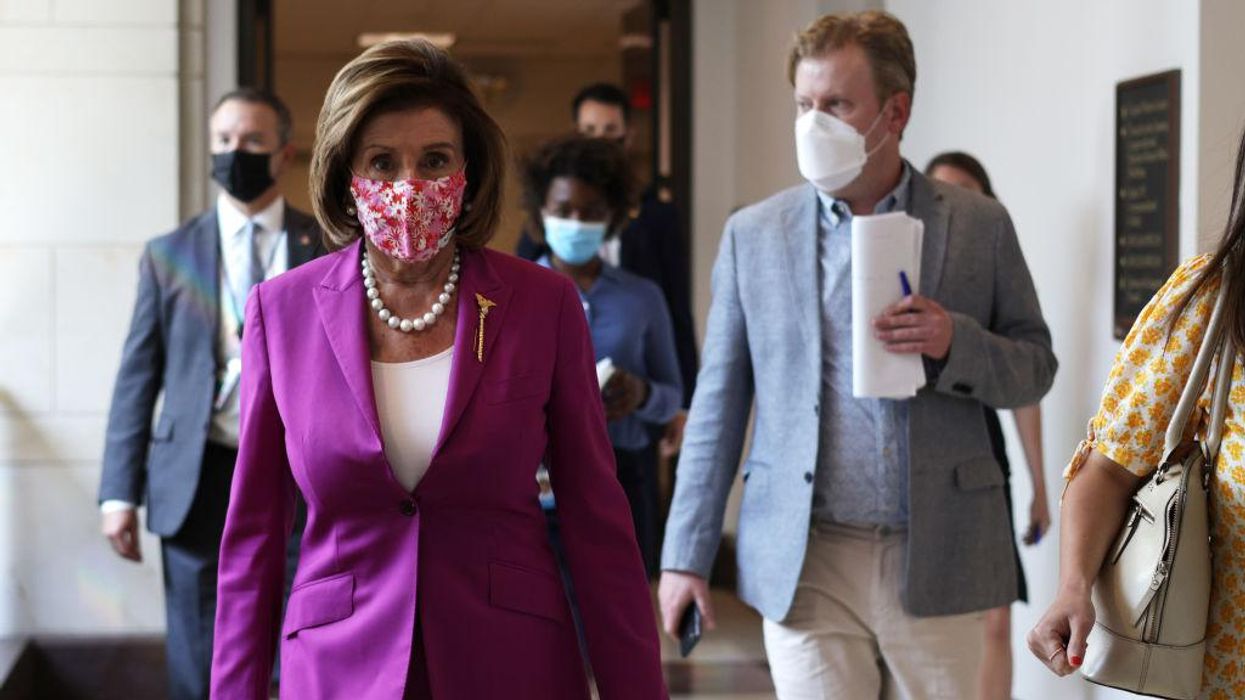 House Democrats on Wednesday voted to repeal a ban on U.S. taxpayer funding for elective abortions in foreign countries.

The House voted 217-212 on a State Department and foreign assistance spending bill that, for the first time in more than half a century, did not include a provision know as the Helms Amendment, which blocks fundings for abortions. The bill, which no Republican supported, also repealed the Mexico City policy, a provision that blocks U.S. federal funding for non-governmental organizations that provide abortions overseas.

All but three Democrats voted in favor of repealing the Helms Amendment and the Mexico City policy, which critics call the “Global Gag Rule.” Reps. Alexandria Ocasio-Cortez (D-N.Y.), Cori Bush (D-Mo.), and Rashida Tlaib (D-Mich.), voted against the bill for reasons unrelated to abortion funding.

“We are proud to be permanently repealing the Global Gag Rule: a dangerous rule that deprives the poorest families in the world a basic health care and family planning services,” House Speaker Nancy Pelosi (D-Calif.) said in a statement after the bill passed.

Rep. Barbara Lee (D-Calif.), the chairwoman of the House Appropriations Subcommittee on State, Foreign Operations, and Related Programs, celebrated the repeal of the Helms Amendment as her first major legislative initiative as chairwoman on the subcommittee.

“I am especially proud to have fought for the elimination of Helms Amendment restrictions that have prohibited safe abortion and health care services for people in low-income countries for decades,” Lee said in a statement.

Republicans and pro-life groups lambasted Democrats for attempting to force taxpayers to pay for abortions in foreign countries.

In a speech decrying the $62.24 billion spending bill, Rep. Hal Rogers (R-Ky.) said the worst thing Democrats did was repeal the Helms Amendment. “The removal of that language is unprecedented,” he said, according to The Hill.

The Susan B. Anthony List, a pro-life activist organization, decried the Democrats “extreme, pro-abortion spending bills” in a news release.

“For decades, the Hyde family of policies has protected unborn children and their mothers and kept taxpayers out of the abortion business, with the original Hyde Amendment saving nearly 2.5 million lives,” SBA List President Marjorie Dannenfelser said. “Joe Biden himself once supported common ground pro-life protections, as the strong majority of Americans do – yet Biden-Pelosi Democrats are scrapping this longstanding bipartisan consensus to pander to the global abortion lobby. Abortion is violence against the most vulnerable, not ‘family planning.’ Americans should never be forced to subsidize abortion on demand through birth at home, to be complicit in human rights abuses overseas, or to export abortion extremism around the globe.

“We thank our pro-life allies in Congress, whose unity stands in contrast to Biden’s empty promises, as they fight to save innocent lives. These bills are far too extreme to pass the Senate and are a political liability for pro-abortion Democrats.”

Appropriations bills in the Senate must meet a 60-vote threshold to overcome a filibuster and advance to a final vote. Senate Republicans will assuredly attempt to block any pro-abortion provisions of Democrat spending bills, including repeal of the Helms Amendment or the Hyde Amendment, language that prevents Medicaid dollars from being spent on elective abortions.

If Democrats choose to circumvent a filibuster attempt by attaching these spending bills to a budget reconciliation package, it will be up to moderate Democrats like Sen. Joe Manchin (D-W.Va.) to preserve these pro-life amendments.