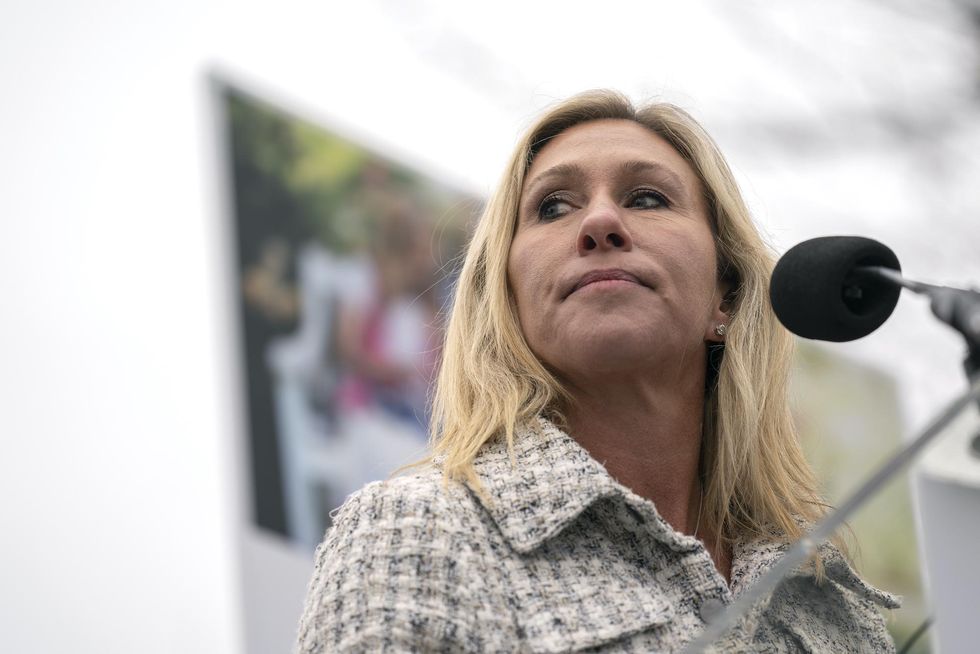 The House of Representatives voted to strip Rep. Marjorie Taylor Greene (R-Ga.) of her committee assignments over numerous social media posts and videos supporting conspiracy theories and threats against Democrats.

230 members of the House voted in favor of the motion, while 199 voted against it. Most Republicans voted against the measure but 11 broke with their party and voted with Democrats.

Greene deleted the posts and videos that showed support for conspiracy theories including QAnon and claims that the heinous Parkland massacre was a “false flag” incident orchestrated by the government to pass gun control. In comments on Facebook unearthed by CNN, Greene’s account signaled support for the execution of Democrat leaders, including House Speaker Nancy Pelosi (D-Calif.).

Among those who voted with Democrats were three Republican House members from Florida, where the Parkland massacre unfolded in Feb. 2018.

She said she regretted being allowed to make the posts in a speech before the vote.

“Here’s the problem, throughout 2018 because I was upset about things, and because I didn’t trust government, really, because the people here weren’t doing the things that I thought they should be doing for us,” Greene explained.

“And I want you to know a lot of Americans don’t trust government, and that’s sad,” she added. “The problem with that is though, I was allowed to believe things that weren’t true, and I would ask questions about them and talk about them and that is absolutely what I regret.”

In another part of her speech she accused the Democrats of hypocrisy in seeking to punish her for her previous statements.

“If this Congress is to tolerate members that condone riots that have hurt American people,” said Greene, “but yet wants to condemn me and crucify me in the public square for words that I said and I regret a few years ago, then I think we are in a real big problem.”

Some warned that the motion against Greene would set a dangerous precedent that would allow the party in control to censure members for having beliefs with which they disagreed.

“I don’t particularly for her, but if we go after every nut in Congress, there’s gonna be a lot of empty seats,” said Bill McGurn of the Wall Street Journal.

Here’s more about the vote against Greene: