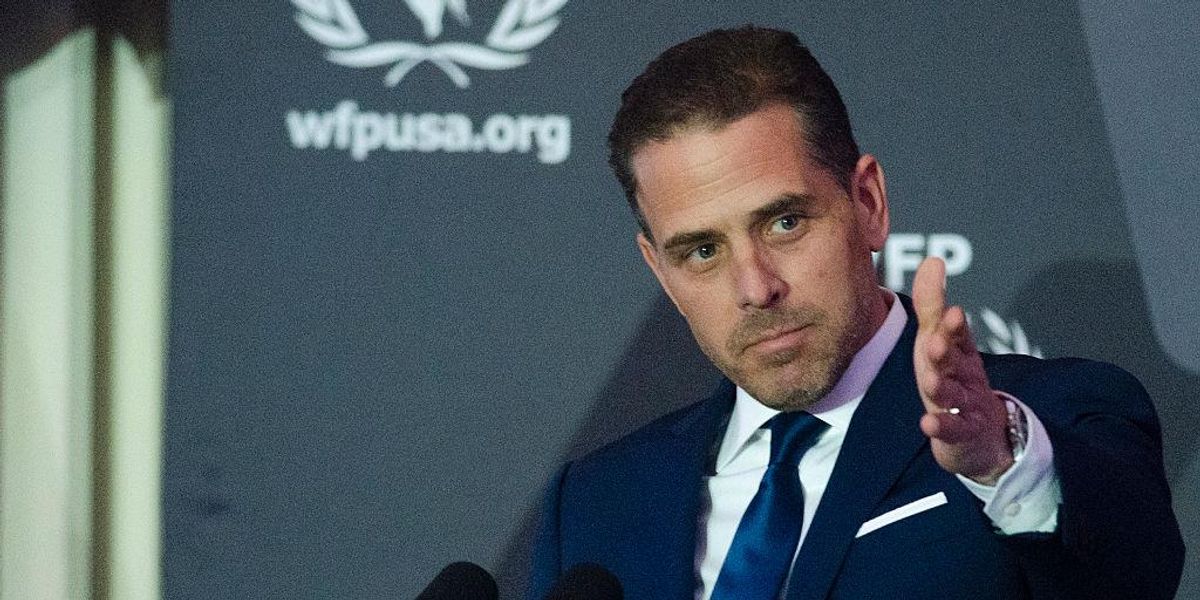 Hunter Biden boasted that he “smoked crack” with Marion Barry, the former mayor of Washington, D.C. The admission was reportedly made on audio retrieved from Hunter’s damaged laptop that was allegedly left at a Delaware computer repair shop in 2019.

In the leaked audio clip dated Jan. 5, 2019, Hunter is talking to an unnamed friend over the phone. According to the Daily Mail, which first posted the audio, Biden “chides the friend for being ‘racist’ by suggesting Martin Luther King took cocaine.” Then Hunter Biden revealed that he smoked crack with late-D.C. Mayor Marion Barry, according to the laptop audio.

“Did Martin Luther King do coke? I don’t know,” the friend told Hunter on the phone call. “With an Indian and a black man.”

“Oh, see, you are such a racist I swear to god,” Hunter allegedly replied. “No he didn’t, Jesus Christ. You’re so f***ing funny.”

“That mayor from D.C. did,” the anonymous man responded. “Marion Barry.”

“You know what, I actually smoked crack with Marion Barry, I swear to f***ing god,” Hunter allegedly admitted, to which the other man responded in shock, “Jesus.”

“That was in Georgetown. And he used to go to a place right next to [local bar] The Guards,” President Joe Biden’s son purportedly said. “And I was a sophomore I guess, I was a junior when that happened.”

“But he used to come there and drink like late, late,” Hunter said as per the leaked audio. “And I would be there, and he would go to the bathroom.”

Biden, 51, graduated from Georgetown in 1992, which means the alleged crack-smoking encounter happened around 1990.

Barry was infamously arrested on Jan. 18, 1990, when the FBI busted the then-D.C. mayor in a sting operation. The FBI recorded Barry smoking crack with his former girlfriend Diane “Rasheeda” Moore, and during the arrest, Barry is heard saying, “B**** set me up.”

Barry was convicted on a single count of drug possession, and he served a six-month prison term.

Hunter Biden has publicly admitted that he has struggled with drug addiction for decades, Hunter started abusing crack in the spring of 2018, and he used his new “superpower – finding crack anytime, anywhere” – in Los Angeles, according to his memoir “Beautiful Things.”

“He later learned how to cook drugs and spent a lot of time with thieves, addicts and con artists,” according to USA Today.

“I never slept. There was no clock. Day bled into night and night into day,” Hunter wrote in his book. “I was smoking crack every 15 minutes.”

However, the alleged audio leak contradicts Hunter’s memoir, where he wrote that an arrest when he was a teenager scared him from using drugs until after he left college, according to The Federalist.

Biden lashes out at female reporter for asking basic question, but not on the topic he wanted: ‘You are such a pain in the...

Biden accused of ‘sickening’ comments about young girl, including her legs: ‘Looks like she’s 19’