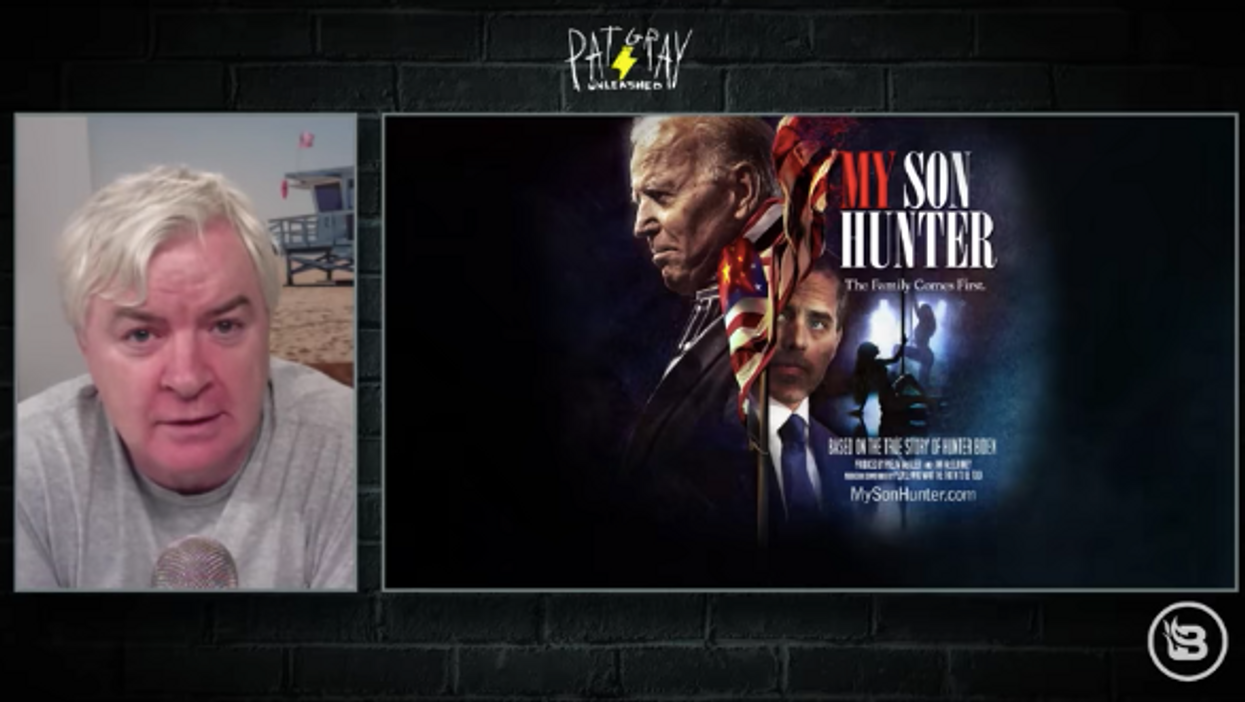 On Wednesday’s episode of Pat Gray Unleashed, Jeff Fisher filled for Pat and interviewed the producer of “My Son Hunter,” a movie about Hunter Biden’s alleged corruption in Serbia.

In this clip, Phelim McAleer described the movie as funny, entertaining, and informative. He noted that he didn’t want the film to be “chasing the news.”

McAleer asserted that if the media did their job he would be unemployed, and later added that America is going to know the truth about Hunter Biden through a movie. Crowdfunding for the movie is currently at $1 million. Watch the clip for more details about the film.

Use promo code PAT to save $10 on one year of BlazeTV.

To enjoy more of Pat’s biting analysis and signature wit as he restores common sense to a senseless world, subscribe to BlazeTV — the largest multi-platform network of voices who love America, defend the Constitution, and live the American dream.

Prather: ‘I will take the aliens over this INSANITY’