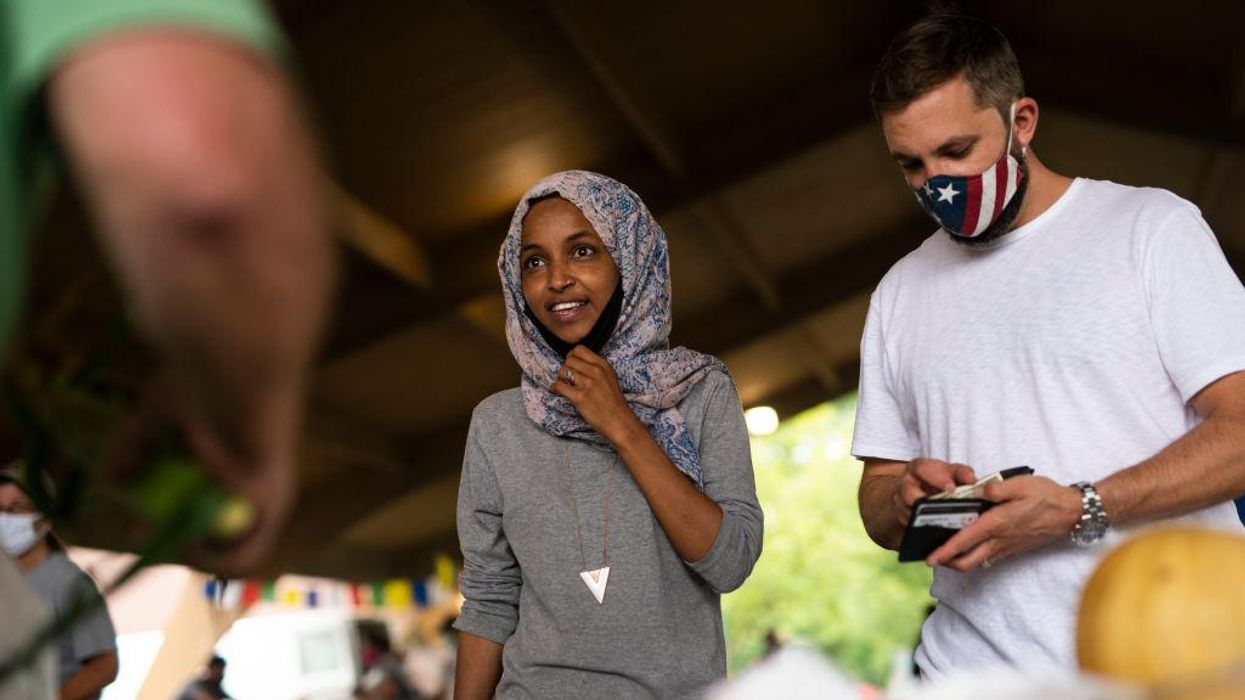 During the 2020 election cycle, nearly 80% of the $3.7 million in total political payments to E Street Group, which is co-owned by Omar’s husband Tim Mynett, came from Omar’s campaign, according to federal filings.

The E Street Group is a D.C.-based political consulting firm owned by Omar’s husband and his partner Will Hailer. E Street Group describes itself as: “Progressive political consultants working with candidates and causes to tell authentic stories — constantly innovating, motivating and inspiring donors to give, people to vote, and neighbors to mobilize.”

In November, Omar pledged to sever ties with her husband’s political consulting company after she was re-elected in the heavily Democratic 5th District.

Omar said her campaign was terminating its contract with E Street Group to “make sure that anybody who is supporting our campaign with their time or financial support feels there is no perceived issue with that support,” the Star Tribune reported.

Omar wrote an email to her supporters, “Every dollar that was spent went to a team of more than twenty that were helping us fight back against attacks and organize on the ground and online in a COVID-19 world. And Tim — beyond his salary at the firm — received no profit whatsoever from the consulting relationship the firm provided.”

In September, Omar told the New York Times that breaking off ties with her husband’s firm would be a “stupid thing to do.”

“You don’t stop using the service of people who are doing good work because somebody thinks it means something else,” Omar said. “Why would I not work with people who understand my district, who have been working there for 10 years, who understand what it means to raise resources for a candidate like myself and manage and target our communications to our district to battle the misinformation and narratives that the media and our adversaries continue to put out?”

Omar’s relationship with Mynett surfaced in August of 2019 when Dr. Beth Jordan Mynett told the New York Post that her then-husband was having an affair with the then-married congresswoman, who was also her client.

Omar and Mynett denied that they were having an affair at the time of the accusations.

Omar was still married to her then-husband Ahmed Abdisalan Hirsi at the time of the allegations, who she was married to on two different occasions. Omar filed for divorce in October on 2019, and it was finalized a month later.

In March of 2020, Omar and Mynett announced their marriage in an Instagram post. Mynett is Omar’s third husband.

“My relationship with Tim began long after this work started. We consulted with a top FEC campaign attorney to ensure there were no possible legal issues with our relationship. We were told this is not uncommon and that no, there weren’t,” Omar wrote on Twitter on March 16, 2020. “As a family, we are committed to the practice of joy, compassion and love in our politics. And we are giving ourselves the permission to be happy and hope others will as well.”