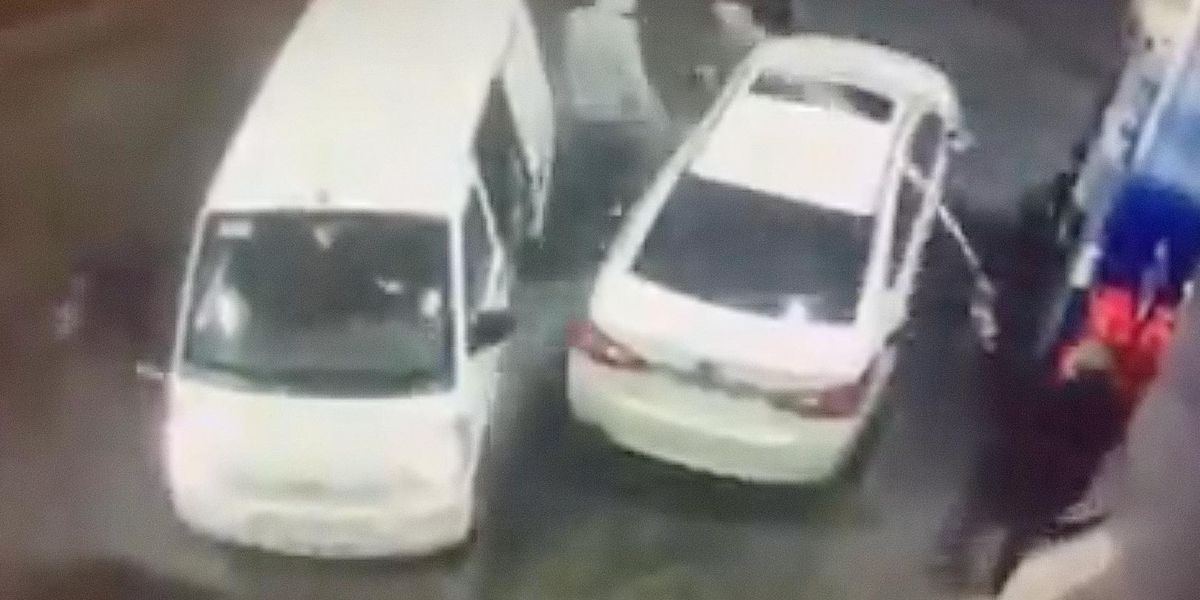 A quick-thinking driver sprayed gasoline at would-be carjackers in an incident that has gone viral on social media.

The incident was said to have taken place in Chile, according to a recent report from the Sun.

Video captured the astonishing moment a motorist — who was in the process of gassing up his vehicle and minding his business — sprayed alleged robbery suspects and their getaway vehicle with gasoline in an apparent bid to stave them off.

In video widely circulated across the internet, a male sedan driver clad in dark clothing and a mask can be seen putting gas in his vehicle when a white van containing at least four men pulls up in an apparent attempt to carjack the victim.

As three of the male suspects exit the vehicle — which is parked dangerously close to the man’s own white sedan — they begin to aggressively confront the sedan driver in what the outlet describes as an attempted robbery. Unfortunately for them, the quick-thinking motorist yanks the gasoline nozzle out of his own vehicle’s gas tank and begins frantically spraying the suspects and their car.

The clearly shocked suspects attempt to jump back into their van and roar away from the scene, but the van’s driver is bent on fleeing with or without them — and the would-be victim continues to douse the van with gasoline.

According to a similar report from the Daily Mail, the original surveillance footage was shared on Reddit.

The outlet also reported that it is not clear what took place after the footage was captured.

Twitter user Hold My Beer shared the video, which has more than 5 million views at the time of this reporting, and captioned it, “Anyone gotta light?”

The video has received thousands of comments on the man’s fast response, with one at least one commenter quipping, “A thrown match as they were pulling away would be the icing on the cake.”