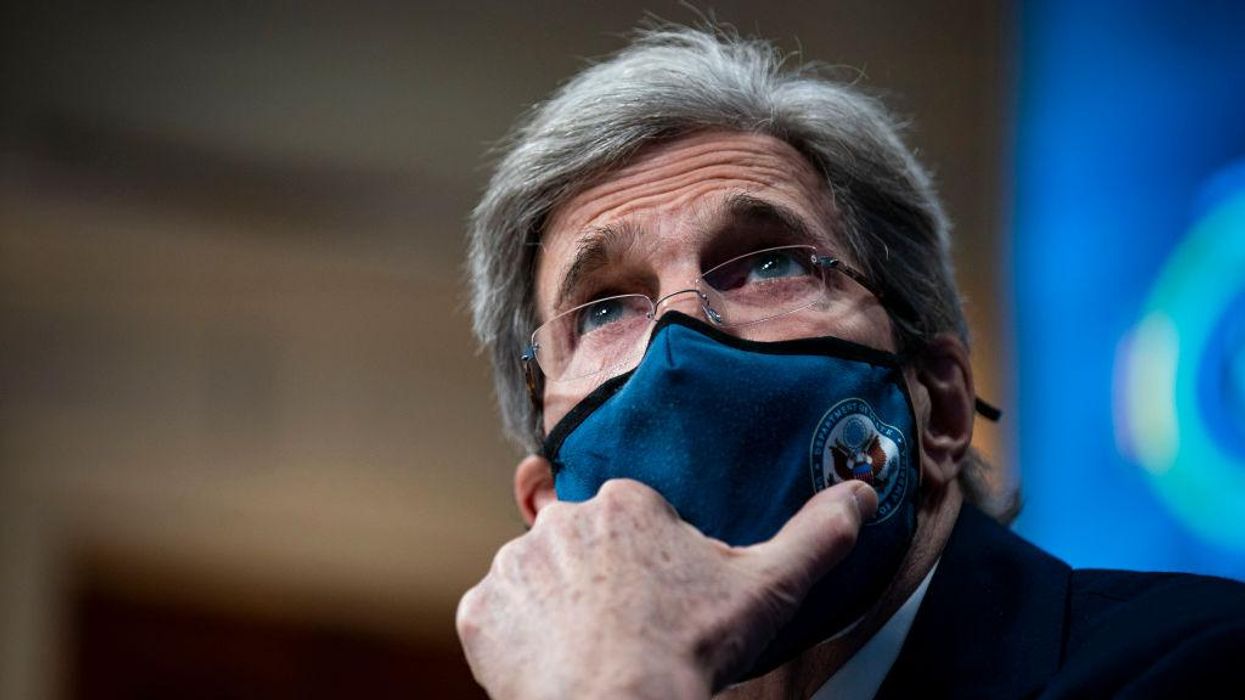 White House special envoy on climate John Kerry was caught flouting the Biden administration’s mask requirements at an airport for the second time this year, photos reported by the Washington Free Beacon show.

In the photos, Kerry can be seen going through security at the Boston Logan International Airport without wearing a mask. The photographs were taken at 11:41 a.m. Monday.

The Transportation Security Administration requires all Americans, even those who are vaccinated, to wear face coverings across all transportation networks in the United States, including at airports, onboard planes, on buses, and on trains. The face mask requirement went into effect Feb. 1 and was extended by President Joe Biden’s administration through Sept. 13.

Anyone found to be in violation of the mask requirements is supposed to face fines of at least $250 and as much as $1,500 for repeat offenders.

This is the second time Kerry has been caught violating the federal government’s order, apparently without consequence. In March, a maskless Kerry was photographed on an American Airlines flight. Kerry was widely criticized for breaking the rules and American Airlines released a statement claiming the airline would be “looking into” the incident.

Kerry eventually responded to his critics on social media, calling the uproar “malarkey” and claiming that “If I dropped my mask to one ear on a flight, it was momentary.”

The Free Beacon confirmed with Logan Airport is in compliance with the TSA’s mandate and masks are required “any time someone is inside the airport or on an aircraft,” including when going through security.

The Biden White House, Kerry’s office, and the TSA all declined to comment for the Free Beacon’s report.

The TSA did state that its mask requirement “remains in effect” on planes and airports and “applies to all passengers, save for those specifically exempted in the security directive.” Those exempted include children under the age of 2 or individuals with health issues that would prevent them from wearing face coverings.

Kerry’s flagrant disregard for the Biden administration’s rules, which every other American must follow, prompted a new round of criticism.

“Why do Biden/Kerry/Harris get to ignore their own made-up arbitrary rules?” Sen. Ted Cruz (R-Texas) asked. “Here’s an idea: follow the science, and let regular people follow the ‘John Kerry Rules’ too. END THE FEDERAL MASK REQUIREMENT FOR VACCINATED PEOPLE ON AIRPLANES! NOW!!”

Why do Biden/Kerry/Harris get to ignore their own made-up arbitrary rules?

There are some who want to end the federal government’s public transit mask requirements. On Thursday, Sen. Rand Paul (R-Ky.) announced he would introduce legislation to repeal the requirements for masks on planes.