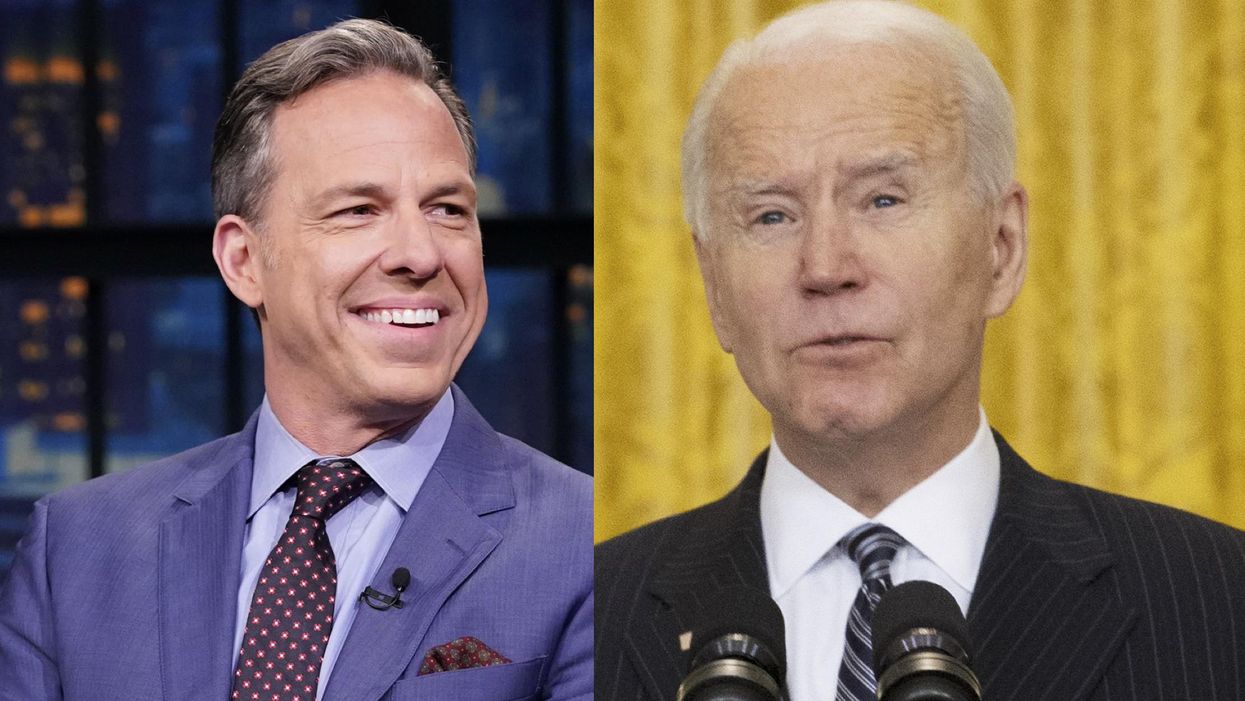 CNN’s Jake Tapper gushed over the “empathy” of President Joe Biden in addressing anti-Asian racism and then claimed that it had not been discussed by the national media at all.

Tapper made the comments while reporting Friday on his show about a scheduled speech that Biden was to give addressing anti-Asian racism.

“At any moment we’re expecting President Biden to speak,” said Tapper, “after meeting with Asian-American leaders in Atlanta following the shootings that left eight people, including six women of Asian descent, dead.”

Tapper was referring to a trio of shootings at massage parlors in Atlanta, Georgia, on Tuesday where the suspect claimed, according to police, that he had lashed out because of his frustration with a sex addiction.

“Biden is known for his empathy for being a good consoler in chief,” Tapper continued, “this is obviously a big issue though, the pain in the Asian American community, not just from this incident, not just from the last year, but for racism that really hasn’t been discussed much on national media at all!”

“That’s exactly right,” agreed Dana Bash. “Just by the fact that the president of the United States is going down and is shining a light on something that we’ve been talking a lot about, certainly this week, but as you said, Jake, has been going on to a lesser degree over the past year, is something.”

Bash went on to blame anti-Asian racism on former President Donald Trump for using phrases in referring to the coronavirus that emphasized Wuhan, China, as its origin.

“And the fact that the other side of this, that culturally Asian Americans feel more emboldened to speak out about the horrible hate that they have been dealing with,” said Bash, “particularly since people like President Trump have been using racial slurs to describe the COVID virus, and making people believe that people of Asian descent are somehow responsible for this, it’s just, it’s ridiculous.”

Recent incidents of violence and hatred against Asian Americans have been frequently highlighted in the national media, especially by those trying to tie the attacks to rhetoric used by the former president.

Here’s the video of Tapper’s comments: